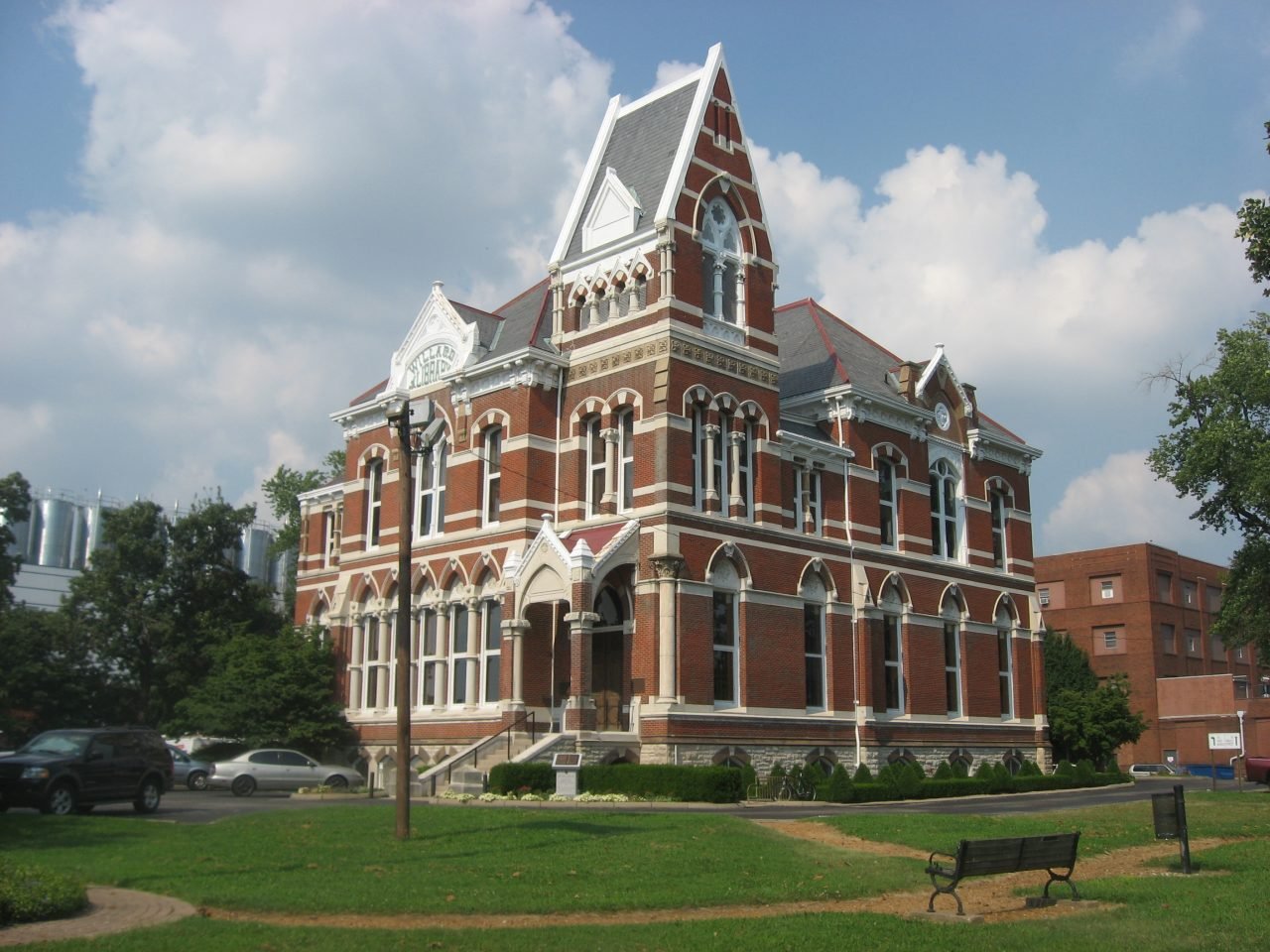 In Evansville, Indiana, you can find the historical Willard Library. This library was set up in 1885 as a controversial social experiment. But it’s also the home of a mysterious “Lady in Grey” whose identity currently is unknown. Today, the library gives everyone a unique opportunity: they have installed so-called Ghostcams so you can hunt ghosts from your own home.

The history of the Willard Library

Willard Carpenter established a fund in 1876, to finance the construction of a city library where everyone could go for free. And with that he meant everybody; white and black. Carpenter was a public, rich man. He stood up for the rights for the colored Americans who were struggling at that time. Whites and blacks were supposed to be strictly separated. Carpenter thought that was absurd so he wanted his library to set the right example.

The construction of the library started in 1876 at a former circus location, but was discontinued because of the economic crisis. Carpenter continued the construction in 1882 and he was closely involved. He chose the workers and the materials himself and he debated with the architect, James W. Reid, many times. Unfortunately, Carpenter died a year later so he wasn’t able to see the official opening in March 1885.

The Willard Library is built in the Neo Gothic style and was taken in the Register of Historical Places in 1970. Apart from borrowing books, you can also dive into the archives, you can look at collections and you can find all kinds of material for family tree research. Fun things, like painting Easter eggs and ghost hunting, are also organized. Yes, it is haunted.

Carpenter could have named the library “Carpenter Library”, because there’s also a Carpenter Street, but he chose the name “Willard Library”. He did so because he highly valued education and lived near a school called the Emma Willard School when he was living in New York. He wanted his library to be associated with this good school.

The Lady in Grey

The Lady in Grey was first seen in the 1930’s by the library staff. After that, this veiled lady with her long grey cloak was seen more often. People claimed the Lady in Grey was Willard’s daughter Louise. She absolutely disagreed with her father for putting his entire fortune into this social project. She even filed a lawsuit against her father, but she lost this battle. Ever since then her bitter spirit roams the library. Others disagree with this theory completely because the Lady in Grey is everything but malevolent. She couldn’t possibly be Louise, but then, who is she? Whoever it is, she wants people to see her. And she’s not the only ghost who lives at the library.

Ghostly appearances and other strange things

The Lady in Grey had been seen, heard and felt hundreds, perhaps even thousands of times. Before she appears, people smell a strong musky scent. Lights are turned on and off and water taps seem to have a life on their own. Books also sometimes fall down the shelves and ladies with long earrings should pay extra attention. There have been claims of hair and earrings being pulled. And of course, nobody would be around. In 1985, a three-year-old boy and his mother came to the library to paint Easter eggs.

The group just wanted to head up the stairs towards the craft room, when suddenly the boy ran away and hid himself. His mother demanded him to come up the stairs but he refused and said that he was afraid of the ghost. Two police officers saw two ghosts in front of the window at night while they were checking the building. By then, the library had been emptied for several hours.

Because of the many sightings and the curiosity of people, the library management placed so-called Ghostcams on some paranormal hotspots in the library. These Ghostcams are on 24 hours a day, 7 days a week. Anyone can have a look, safely from home. If you see something during the time you’re watching, you can click on the camera. Automatically a picture will be made. You can send this picture to the library and who knows, it might be put up on the internet! Of course, I also took a peek. Because of the time difference, I was able to sneak into the library at night. It’s a pity I didn’t see any ghosts, but still it’s a fun thing to do. You can click here to go to the Ghostcams. Have fun and please share if you see something!

The library is in use, so it’s open to the public. Residents of Evansville can still borrow books and other materials for free here. The library can exist off grants and taxes. And because of the ghost walks of course! But you don’t even have to move an inch to walk along. What an amazing place we have here! Shall we borrow a book?

Do you want to read more stories about haunted places in the US? Please click here!