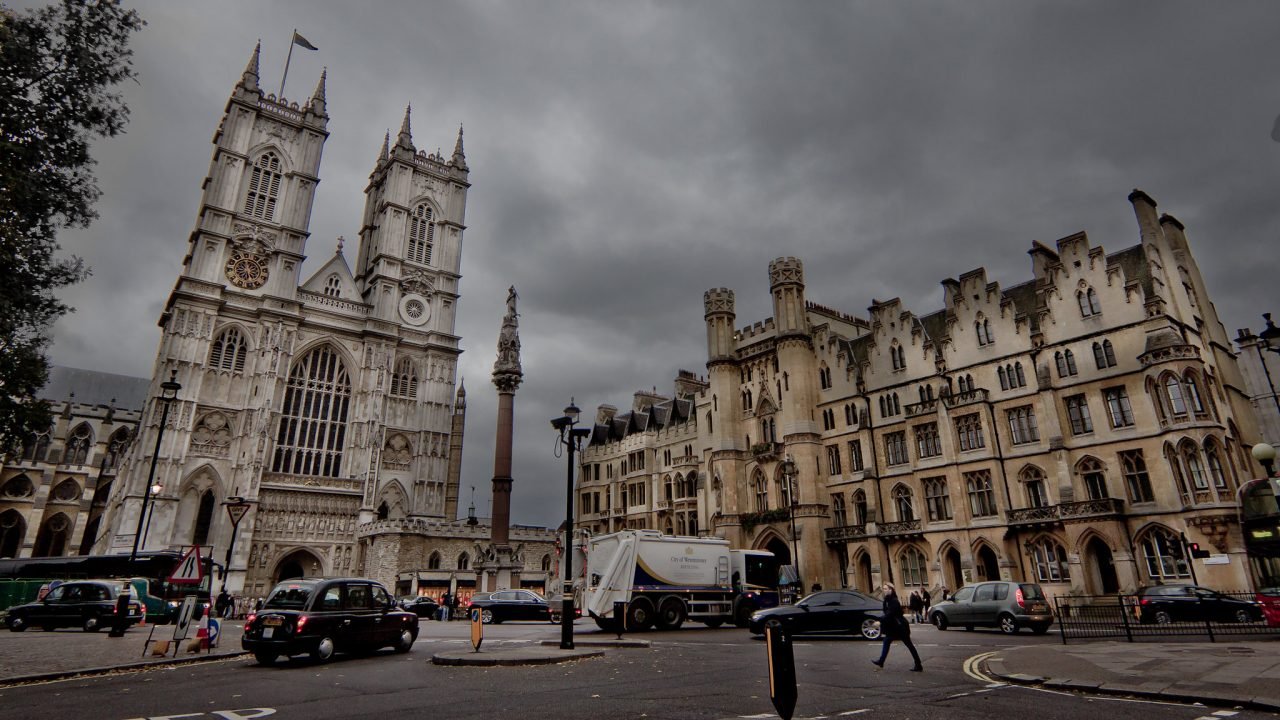 Everyone who has been to London has also seen Westminster Abbey. This impressive building was founded in the year 960. Westminster Abbey has been a place for coronations and royal weddings. And did you also know it is a burial site? No less than 3300 people are buried at the Abbey including 17 English and later British monarchs.

The history of Westminster Abbey

Aldrich, a young fisherman on the River Thames, once had a vision of Saint Peter. He saw him standing near the site where the abbey now is located. That’s why Westminster Abbey is formally known as the Collegiate Church of Saint Peter at Westminster. It was first constructed in 960 and Saint Dunstan and King Edgar installed a community of Benedictine monks at the site. King Edward (the Confessor) was the first king to be buried here in 1066. Since the coronation of William the Conqueror in that same year, all coronations of English and British monarchs have occurred here.

The large, mainly Gothic abbey is located in the City of Westminster, near the Big Ben and the Houses of Parliament. The building has been changed and expanded a lot during the centuries. Construction of the church as we know it began in 1245 on the orders of King Henry III. There have been sixteen royal weddings at Westminster Abbey since 1100. It was a Benedictine monastic church until the monastery was dissolved in 1539. Between 1540 and 1556, Westminster Abbey had the status of a cathedral. Since 1556, it’s no longer an abbey, but a Church of England Royal Peculiar, which means that the church is responsible directly to the sovereign.

It’s the burial site of more than 3300 people: at least 16 monarchs and 8 Prime Ministers. But, poets, actors, scientists, military leaders, and of course, the Unknown Warrior are buried here as well. In 1658, Oliver Cromwell was given an elaborate funeral here, but he was disinterred again in January 1661, and posthumously hanged from a gibbet in Tyburn. And he wasn’t the only one. This happened to John Bradshaw as well.

He was a 17th century judge and Lord President of the High Court of Justice. Bradshaw ordered the death of King Charles I. He was executed on Halloween Eve 1659 and buried in the abbey. But, his eternal rest was disturbed as well because his body was taken out of the abbey and hanged from the Tyburn gibbets, like Cromwell’s decomposed remains. This was a warning message from Charles II, son of the executed Charles I.

The ghosts of Westminster Abbey

Westminster Abbey is haunted by at least three ghosts, but there is a haunted statue as well. The statue of Daniel Pulteney (in the south cloisters) is known to turn the pages of the stone book he’s holding. Let’s take a look at the other three ghosts of Westminster Abbey.

The ghost of John Bradshaw

John Bradshaw’s ghost still haunts Westminster Abbey. After his public postumius hanging, he wasn’t allowed back. But, he kept an office in the Abbey’s Triforium for years and he is seen pacing around the gallery on the anniversary of Charles I’s execution on January 30th (1649). He’s probably doomed to do so because of his decision.

The ghost of the Unknown Warrior

The tomb of the Unknown Warrior is a memorial to all soldiers who died during WWI. Inside the tomb, an unidentified man is buried. He was found on November 11, 1920 and given a royal funeral at Westminster Abbey. He is buried in dirt found at the battle fields in France and he lies beneath a Belgian marble stone. No one is allowed to step on the grave of the Unknown Warrior. From time to time, when all the tourists have left the Abbey, a ghostly soldier appears. He stands, head bowed as if in deep prayer, alongside his tomb for a few minutes. After that, he completely dissolves again.

The ghost of Father Benedictus

Everyone would love to meet Westminster Abbey’s third and final ghost. Father Benedictus was probably a murder visctim of a robbery gone wrong at the Abbey somewhere in the 16th century. Perhaps he haunts the Abbey because he doesn’t realize he’s dead because of his sudden and violent death. He appears around 5 or 6 pm, right before closing time and he seems solid. In 1900, the encounter with his spirit was documented for the first time. A group of tourists were given a tour by a man dressed in monks’ clothes. He talked to the crowd for over 20 minutes, explaining to them about the Abbey. People later said he was a very well-mannered and charming man. After the “tour” Father Benedictus slowly backed away towards a wall and he completely vanished into it, leaving some very puzzled people behind.

Father Benedictus also appeared to two American tourists in 1932. They had been wandering around Westminster Abbey and got lost somehow. It was nearly closing time, so the two started to panic. Father Benedictus appeared and he showed them the way out. When they returned to the Abbey the next day to thank Father Benedictus, they were told that no one by that name worked there.

You can visit Westminster Abbey when you are in London. It’s certainly worth the visit! And don’t worry about getting lost. Father Benedictus will surely help you find your way back to the entrance.