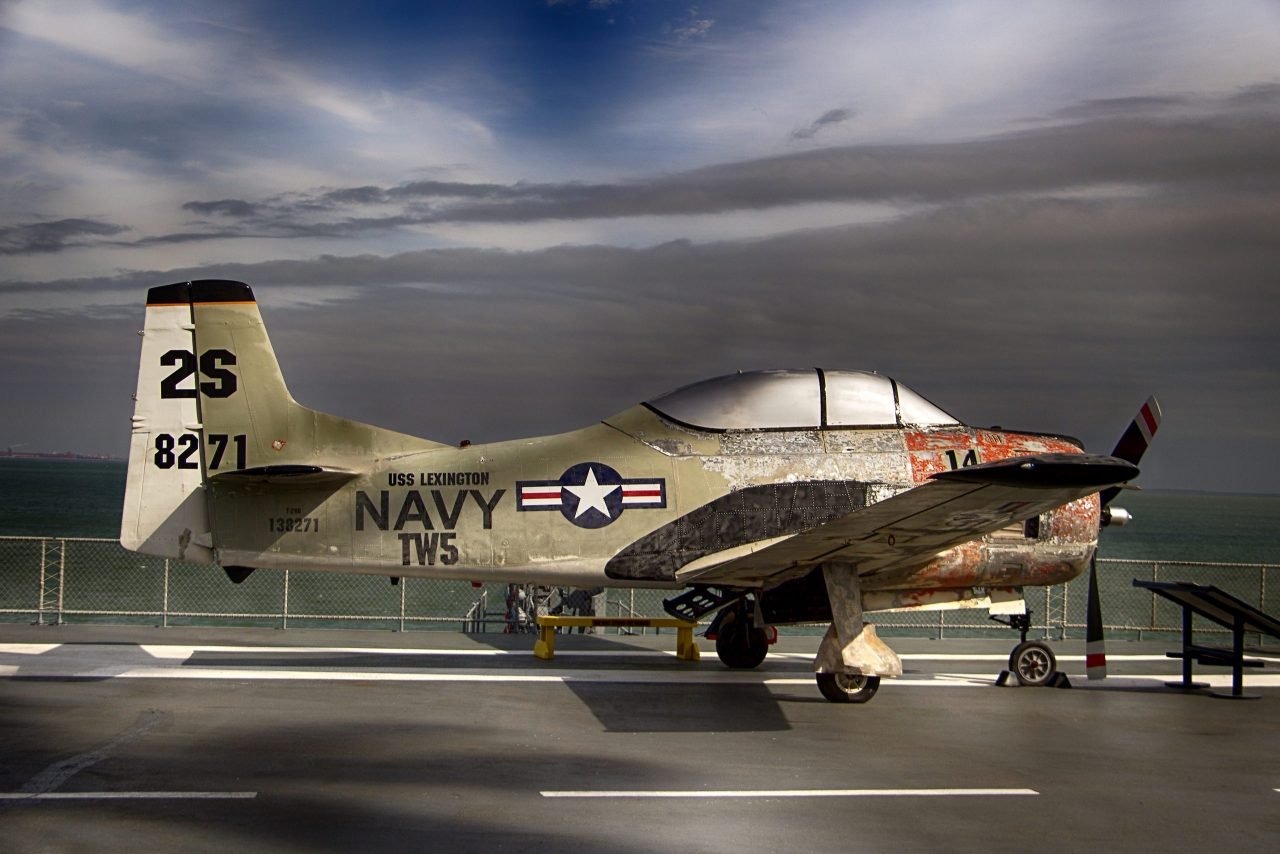 The USS Lexington is an Essex-class aircraft carrier for the United States Navy. The ship, nicknamed the Blue Ghost, is now docked in Corpus Christi, Texas and operates as a museum ship. The ship has seen its share of violence in Pearl Harbor, but the ghosts that haunt the ship are friendly and helpful. They even show people around their ship.

The history of the USS Lexington

Originally, the name of the ship would have been the USS Cabot, but while constructing this ship, the original USS Lexington sunk during the battle of the Coral Sea. This ship had also been an aircraft carrier, so they re-named this one. The construction of this USS Lexington started July 15, 1941, and it was launched September 23, 1942. The ship was commissioned in February 1943 as a flag ship during the Pacific War. She was the recipient of 11 battle stars and the Presidential Unit Citation, which is given for extraordinary heroism in action against an armed enemy.

The USS Lexington was given the nickname The Blue Ghost by the Japenese because the ship ressurected again after being sunk. Blue was the color of the ship, for that’s a camouflage color at sea. Re-naming the ship was to demoralize the Japanese. But the Japanese themselves fueled this tradition by claiming this USS Lexington has sunk again. Four times to be precise! But the USS Lexington never sunk, this was just a Japanese Propaganda stunt.

The ship has served during WWII, specifically at Pearl Harbor. During the attack on Kwajalein, the ship was hit by a torpedo, killing nine crew members on board. The attack knocked out the steering gear and an emergency repair had to be done to make it back to Pearl Harbor safely. This was the first time Tokyo Rose, the Japanese broadcaster, pronounced the Blue Ghost had sunk. The Lex, as the ship is also referred to, remained unharmed during several battles, until it was hit by a Japanese Kamikaze airplane in 1944. You can still see the place where it was hit because it’s marked with a Japanese flag. No less than 49 crew members died because this attack.

Facts about the USS Lexington

After the war, the ship was decommissioned, but modernized and re-activated again in the early 1950’s. Then it served both the Atlantic and the Pacific Ocean as an attack carrier and an antisubmarine carrier. After that, she spent most of her time (almost 30 years) in Pensacola, Florida, as a training carrier. On August 18, 1980, the Lexington became the first aircraft carrier in American history to have women stationed on board as crew members.

In 1989, a student naval aviator lost control of his T-2 training aircraft while trying to land on the ship. This accident killed 4 crew members, including the pilot and one civil maintenance worker. Seventeen people got injured. In 1992, the ship was donated to become a museum. She has also been featured in several movies, including Pearl Harbor (2001). Funny detail: the ship was then used as The USS Hornet as well as a Japanese warship.

The ghosts of the USS Lexington

There have been numerous supernatural claims about the ship. The most famous sighting is that of a sailor dressed in uniform. He guides lost people back to deck. Charlie is a much-loved tour guide on the ship, although he’s not made of flesh and bones. People say they had a wonderful tour from him, but there aren’t any tour guides by that name. Another sailor gives lectures in the engine room on how turbines work, before vanishing into thin air. Perhaps all these ghosts are one and the same, and if it is, he sure does love his job!

There are no negative entities on the ship, just playful ones. One museum official lost 6 pen caps over the course of 5 weeks. After he lost the 6th, he started looking all over his office to find them. But he couldn’t find any. He was surprised to find his 6 missing pen caps neatly placed on his desk the following day. So, they like to play, but residual energy also lingers here. One crew member heard running sounds one night and started to explore. He then saw shadow figures running in chaos below deck. These might have been the ghosts of the maintenance crew trying to fix the torpedo hole. This occurs more often. Ghostly screams and cries are regular, too. Some guests feel uncomfortable in some spaces and some even fall ill.

The USS Lexington is open to the public daily. There are guided tours available, but you can also explore the ship on your own. Who knows, perhaps you’ll get a ghost guide as a bonus! On board there is a 3D MEGA theatre, an escape room, a flight simulator, a scale model collection and virtual battle stations. There’s even the possibility for overnight camping on board! The flight deck is also open to the public and 2 acres big. Ghost tours are given as well and around Halloween the ship is turned into a huge Haunted House. Perhaps you’ll encounter real ghosts while you are there. Do you dare to visit?