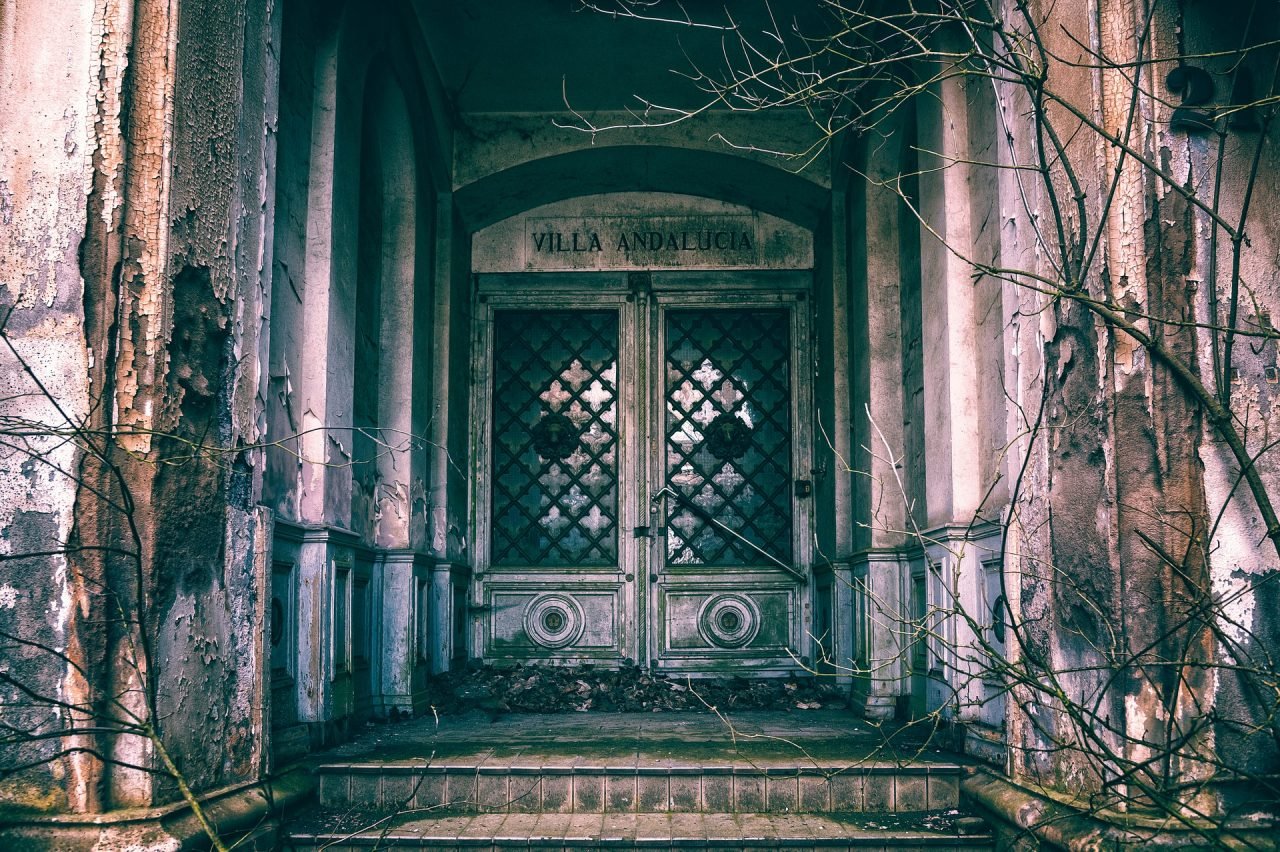 It’s the spooky season and Halloween is just a few weeks away. It’s time for those long and cosy evenings at home and for reading ghost stories. So, let’s have a look at some very haunted mansions. We’ve made a top 10, we start at the bottom and we end at the most haunted haunted mansion. Let’s get started!

Skaill House is a historic manor house which was constructed in the late 15th or early 16th century. Its remote location gives the house an eerie atmosphere to begin with, but did you know this place is really haunted? When Malcolm Macrae inherited the house, he started renovating it. During the renovation he stumbled upon the remains of at least 15 people! They had been buried directly underneath the house! After some research he learned he was dealing with bones dating back to the time of the Vikings. But, these Vikings don’t haunt the mansion. There are some others that do. Want to know who haunts Skaill House? Click here.

Number 9 on this list is the Morris-Jumel Mansion. This house was constructed in 1765, which makes it the oldest house in Manhattan, New York. During the Revolutionary War (1775 – 1783), the house was even occupied by General George Washington! Today, the Morris-Jumel Mansion is haunted by at least four spirits. One of these spirits dislikes the idea of children running loose in her former home. Eliza Jumel once sternly spoke to a group of school children on a field trip. She told them to keep quiet because her husband was ill. Oh boy! Read about the other spirits by clicking here.

The Irish manor house Duckett’s Grove was destroyed by a fire in 1933. The gardens and the outside of the house still stand and can be visited today. The mansion is haunted by a banshee who was called upon a grief-stricken mother. Her daughter died in a horse riding accident on the estate. At least two people were affected by the banshee. Shadow people, full bodied apparitions, strange loud sounds and light anomalies have been seen inside the house. Are these the spirits of the cursed Duckett family? Read more about Duckett’s Grove here.

This haunted house has always fascinated me. When Sarah Winchester’s husband, the owner of the Winchester Repeating Arms company, died in 1881, he left her an enormous amount of money. But that money didn’t feel right. Sarah was scared, scared of the ghosts of the victims who died by a Winchester rifle. So, she visited a psychic, who told her to use the money to build a house for the spirits. But there was a catch: the house was never allowed to be finished. Sarah did as she was told. The construction of the Winchester Mystery House started in 1884 and the house is still not finished. It’s a true labyrinth. People think it has 160 rooms but it’s impossible to keep track. People keep getting lost inside the house. But, did Sarah succeed in keeping the ghosts happy? You’ll read it here.

Thomas Whaley, a successful merchant, wanted to build his family a happy home in the San Diego Old Town. But he and his family were haunted by tragedies. Did this have anything to do with the fact that the location of his house was used for hanging people? Today, the Whaley House is haunted by many spirits. One of ghosts that haunt the Whaley House is Yankee Jim, a criminal who was hanged right on the spot the house was built. But the house is also haunted by family members and even the family dog came back to the house. Do you want to learn more about this house? Click here.

Bolling Hall is so old that it was even mentioned in the Domesday Book! The house has had many owners and purposes and today it is a museum where guided tours are given. But you have to be brave to visit this place. No less than 20 ghosts haunt this home! These ghosts appear to come from different periods in time. One of them was first seen in 1643. She literally saved the village and the people of Bradford by showing herself and speaking to a Royalist commander. Some ghosts appear to be scared, some appear to be violent. It’s an extraordinary place! Read more here.

The creepy part about the Woodchester Mansion is that it’s far from finished even though it appears to be. Entire floors are missing in this English stately home. Woodchester Mansion is haunted by many ghosts including a creepy floating head which has been seen in one of the bathrooms. But the most creepy creature that haunts the mansion must be the Elemental. Elementals are ancient creatures that have never been human but they appear human-like. This is one creature you shouldn’t be messing with! Read more about the house and its ghosts right here.

Australia’s most haunted house must be the Monte Cristo Homestead. This house was built in 1885 by a man named Christopher Crawley. Crawley wasn’t a very wealthy man until a railway station was built in the village of Junee, where he and his family lived. With his last money, he decided to build a hotel. A great move! Not only the Crawley’s benefitted by this, the entire village did. He became known as a nice and generous man, and he was much-loved. But what happened behind closed doors was a completely different story. Is this the reason why it is so haunted today? Read the full story here.

When you visit Wales, try to visit Plas Teg. This mansion is over 400 years old and because it was built on a hill, it overlooks the village of Flintshire. The location of the house is beautiful but it’s also a place of bloody history, ancient burial and witchcraft. After the Monmouth Rebellion, the house briefly served as a court of law. “Hanging” Judge Jeffreys was responsible for many hangings on the estate. But, this is also the place where two sixteen-year-old misunderstood girls found their deaths years apart from each other. Add a few tragic accidents to the history of the house and you’ll have a classic haunted horror house. Click the link for the full story.

Perhaps the most famous haunted house in the world is the White House. The home of the President of America is haunted by many spirits, including many former presidents who refuse to leave the house. The White House was constructed in 1800 and was improved, enlarged and renovated many times. Abraham Lincoln has been seen by many presidents and guests such as Sir Winston Churchill and our own Dutch Queen Wilhemina. The Rose Room is the most haunted room in the building, and the rose garden must never be changed because this angers First Lady Dolly Madison. The basement is haunted by a demonic cat which only appears when something bad is about to happen. Read all about the ghosts in the White House here.

Do you want to read more stories about haunted houses all over the world? Click here.

Cover photo: Peter H (Tama66) via Pixabay
Sources: All these mansions have appeared in earlier posts on The Little House of Horrors. Click on the links to read more about the sources of each haunted mansion.