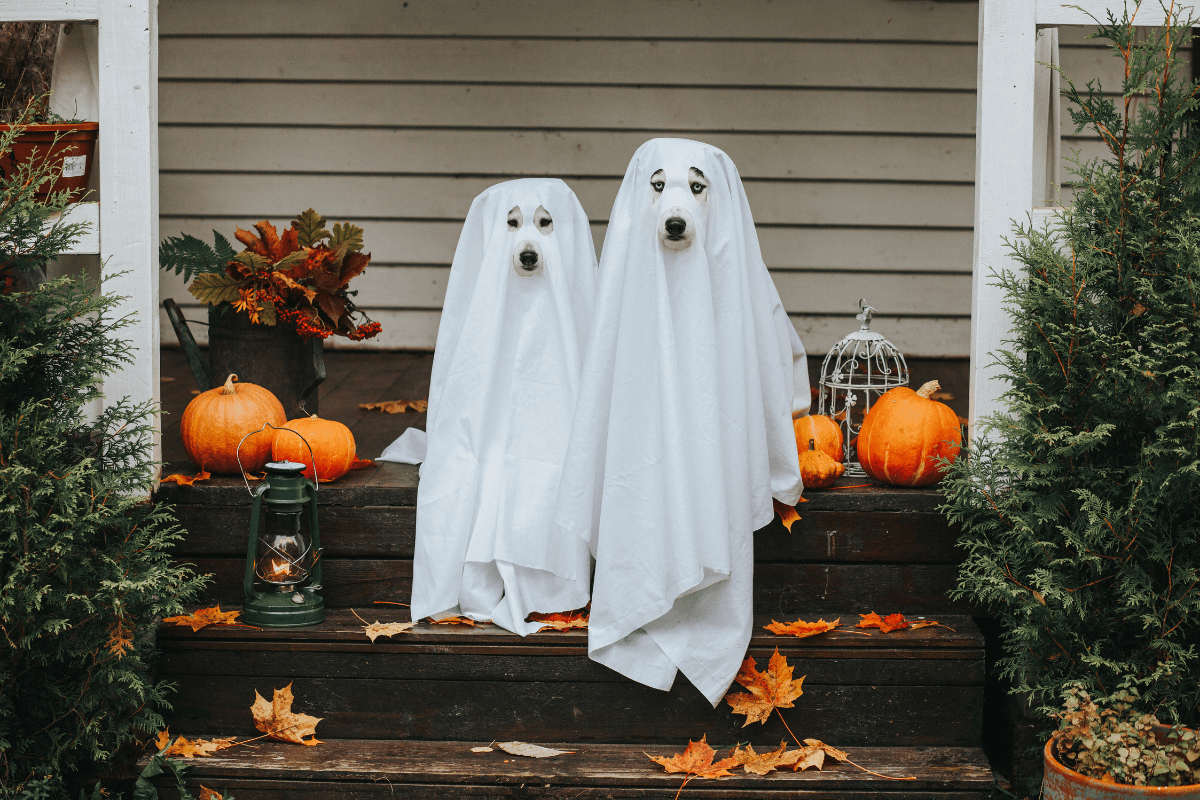 Most of the stories on this website are about haunted places where human ghosts linger. But, did you know that animals can haunt certain places as well? Ghosts of animals have always fascinated me. This top 10 will take you to 10 places that are haunted by animals and let me tell you, some of these are absolutely not for the faint hearted!

Number 10: the ghost of Greyfriars Bobby

Greyfriars Kirkyard in Edinburgh, Scotland, is a very creepy place. Dangerous in fact, especially the Mackenzie Mausoleum with its aggressive poltergeist. But, the old graveyard also has a small friendly ghost. Little terrier Bobby is a very famous graveyard resident. Many people stop by his grave to pay their respects and give him a stick or a small toy. Bobby had once belonged to a man named John Grey, a police officer who loved his dog dearly. When Bobby was two years old, his owner suddenly passed away. Grey was buried on Greyfriars and Bobby refused to leave his side. The dog spent the remaining 14 years of his life next to the grave of his deceased master. Bobby himself died on January 14, 1872. He was given his own little grave at the kirkyard in 1981 and some claim they have seen a small ghostly terrier wandering the grounds.

Number 9: the ghost dog of the Ancient Ram Inn

The Ancient Ram Inn in Gloucestershire, England, is notoriously haunted. One of the less evil spirits at the inn is that of a small Cavalier King Charles dog. The dog haunts the infamous Bishop’s Room. It sits in a corner and watches people who are brave enough to spend the night. The Ancient Ram Inn is also haunted by a black cat. This animal is often seen in the Witch’s Room. Years ago, a mummified cat was found inside the inn’s wall. Back in the days this was a good luck charm. Is this cat haunting the famous inn or did it belong to the witch who also haunts it?

Blarney Castle in Cork, Ireland, is not just a beautiful castle. Many legends and tales surround the castle, and even though it’s not extremely haunted, there are some ghosts worth mentioning. The nearby Martin River is haunted by salmon ghosts! These salmon are known to jump out of the water, hoping to catch some insects.

Athelhampton House in Dorset, England, is haunted by an exotic ghost, namely a ghostly monkey! Sir William Martyn, who once lived at the mansion, was a trader and would sometimes pick something up while travelling. Once he brought home a monkey. The monkey soon became a much-loved family pet. The Martyn’s were a Catholic family and one of the daughters wanted to marry someone who was a non-Catholic, which was forbidden. Athelhampton House had a secret room behind the panels and one day, the daughter needed to hide away. She didn’t realize the family pet had followed her into this secret place. When she went out, the monkey stayed behind and probably starved to death. The monkey is often heard, scratching the panels of the secret room.

Number 6: the phantom bear of the Tower of London

The Tower of London is probably the most haunted building in England. This haunted place was used as a prison and many people who died here still haunt the place. But, did you know there once was a royal menagerie on the Tower’s complex? It was opened in the 13th century and was filled with exotic animals that were given to the royal family. The menagerie was closed in 1843, and the only animals at the Tower today are the ravens. But, one animal’s spirit has refused to leave the tower. In 1815, a sentry got the fright of his life while patrolling the Martin Tower. A huge grey furred bear suddenly appeared. It rose up its hind legs, ready to attack! The sentry took his bayonet and stabbed the animals, but the knife went right through it. In 1864, the bear was seen again.

Number 5: the demonic cat of the White House

One of the most famous places in the world is also one of the most haunted places in the world. Former presidents seem uneager to leave the White House in Washington DC, but the place is not only haunted by humans. The basement is haunted by a demonic cat. When you first see her, she looks like a sweet kitten, but when you get closer, she grows bigger and scarier. The cat has never harmed anyone but it is believed to be a bad omen. She appeared right before The Great Depression of 1929, when Wall Street collapsed, and right before the murder on John F. Kennedy.

The Norwegian Akershus Castle, is one of the most haunted places in Scandinavia. Akershus was very interesting from a strategic point of view and besieged many times. Especially by Sweden. One day, a long time ago, the castle was attacked by a drunken Swedish man on a horse. He and his horse never made it past the gate: they were both gunned down. Today, not the man but the horse haunts the castle gate. It is known for scaring people half to death when it gallops straight at them before disappearing.

The Thetford Warren Lodge in England was built around the 1400’s. The members of the Our Lady’s Priory had permission to hunt small game and wanted the defensive lodge to be built to repel poachers. They mainly hunted rabbits. They were good for their meat and fur. Today, the Thetford Warren Lodge is haunted by a ghostly white rabbit with flaming red eyes. It guards the door to the lodge. The rabbit is considered to be a death omen and every one who lays eyes on the spirit will die that same year.

Killakee House in Dublin, Ireland, was built in 1765 by the Conolly Family of Castletown as a hunting lodge. The house is located nearby the infamous Hell Fire Club and is now privately owned. So, these are two haunted places near each other! The house has been used as a restaurant prior and during the renovations strange things started happening. Dogs would be extremely terrified of the place and an increasing amount of paranormal activity made working at the place difficult. One day, a carpenter saw an enormous black cat in the door opening. He later said the cast was “as big as an Alsatian”. After this, more sightings of the Killakee cat were reported. It’s unclear if the cat still haunts the building.

Akershus Castle has been mentioned in this list before because of the ghostly horse. But, the castle is also haunted by another animal, namely the Malcanisen, or “Vicious Dog”. Every castle had its weak spots and Akershus’ was the Main Gate. Gatekeeper Garshol came up with a plan to keep the enemies away. He buried a guard dog at the Main Gate. The thing was: the dog was still alive when he was buried. The guard dog came back as a vengeful ghost dog and only the idea of the Malcanisen kept enemies away. Once you were bitten by the ghost dog you were bound to die within three months.

Do you want to read more ghost stories about haunted places in world? Click here!