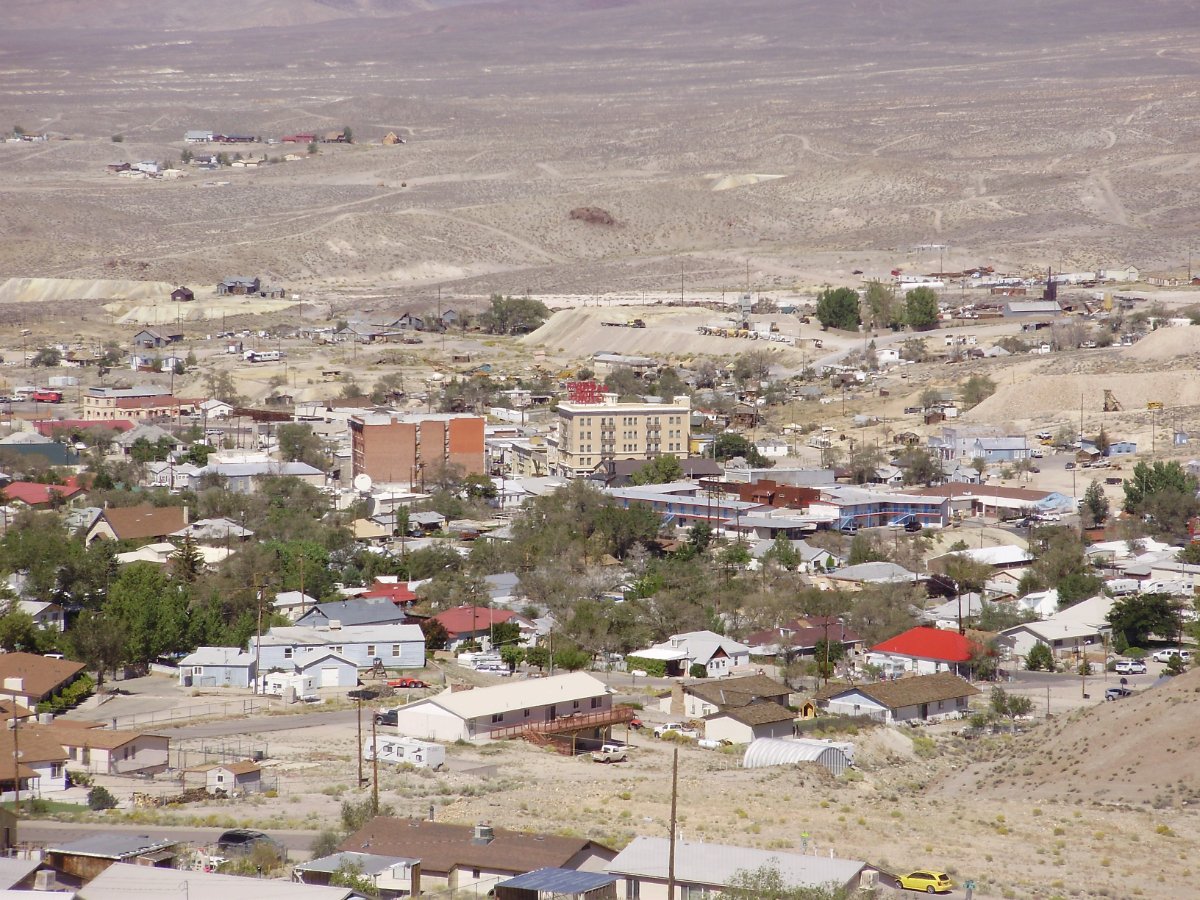 Tonopah: a town full of ghosts

When Jim Butler wanted to throw a rock at his dog for running away in the end of the 19th century, that rock felt strangely heavy in his hand. When he took a better look, he saw he was holding a rock made of pure silver! From then on, the piece of no man’s land in the American State Nevada, became a flourishing town. Nowadays, Tonopah can almost be considered a ghost town. Quite literally.

The history of Tonopah

You can find Tonopah somewhere between Las Vegas and Reno and it wasn’t even a town when Jim Butler made his discovery. Jim named the town Tonopah, which was derived from the word Toe-Nuh–Pah, an Indian word which means “hidden”. Within weeks, Tonopah was a booming mining town, where men played poker after a hard day of work. Life wasn’t easy: working in mines was tough, but the Nevada weather conditions made it even more hard. The Summers were extremely hot and the Winters icy cold. But that didn’t stop the silver-fever!

Where people live, people die. It’s as simple as that. On May 7th, 1901, Tonopah Cemetery was opened after the death of John Randel Weeks. In April 1911, the cemetery was closed because it was full. About 300 people are buried here. Many of them died of the mysterious “Tonopah Plague” which occurred in 1902. According to a newspaper from 1905, the outbreak was caused by pneumonia. But that is unlikely because that’s not contagious. The sudden deaths remain a mystery until this day. But there was another tragedy that struck Tonopah. On 23 February 1911, a huge mine fire killed 14 people. Perhaps it’s their restless souls that haunt the town?

Many people are afraid of clowns. There’s even a name for it: coulrophobia. That’s why it’s even more strange that The Clown Motel, a hotel that’s stuffed with clowns, was built right next to the Old Tonopah Cemetery! The motel is much loved by motorcyclists, but lately also by ghost hunters. The reception is crowded with clown figures: statues, paintings, life size clowns, you name it. If you dare to stay here, beware if you go for a walk on the nearby cemetery after sunset. Many people claim they had stones thrown at them. When the Ghost Adventures crew visited the hotel, the creepy big clown started moving by itself. No thanks.

Even though Tonopah only has about 3000 residents, it does have its own elementary school. This small school is haunted after the children go home. Teachers claim hearing footsteps down the corridors when they work late, even though they are completely alone. They also hear rattling and scraping sounds that cannot be explained. Lights come on and off as well for no reason. I guess working late isn’t popular here.

Most of the Tonopah’s ghost stories are coming from the Mizpah Hotel. This hotel was opened in 1907 and until 1925 this was the highest building in Nevada, but that’s not the only thing it’s known for. Many guests stood eye to eye with the Lady in Red. She is said to be the ghost of a prostitute who was stabbed and strangled to death by a jealous ex-boyfriend on the 5th floor. The lady in Red often appears in the elevator to men who are in there by themselves only. She whispers the sexy words “hey you” in the ear.

On the 4th floor, a boy and a girl are often seen, running after each other with playful high giggles. The children are unlikely to have known each other in life, but they sure did find each other in death. They like to play innocent tricks on guests. In the basement two ghosts of miners have been seen. They scare the staff to death each time they appear. Perhaps that’s the reason why the hotel was closed for 12 years? It’s renovated completely in 2011, so you are welcome to spend the night. If you dare.

The Tonopah Liquor Company is home to George “devil” Davis, who loves playing tricks on people. He was a pranker while alive, and not much has changed in death. You can find his grave in the Old Tonopah Cemetery. The Liquor Company is also home to Hattie, a maternal and kind former brothel employee and barmaid. Hattie loves children!

The Tonopah Historic Mining Park’s visitor center is haunted by a clever and elegant woman whose name was Bina Verrault. She was on the run for the law, all the way from New York City, and tried to find some peace in Tonopah. Bina died in this town and was buried in the Old Tonopah Cemetery. She loves looking out of the window, you can try to spot her when you dome up the mountain. Several other ghosts haunt the Tonopah Historic Mining Park. Many people lost their lives here. Visitors and employees claim to hear disembodied voices and strange things have been captured on camera.

The Vanwood Variety Store used to be the Nye County Bank. It was built by Frank Golden, who was later arrested and charged for embezzlement. Cold breezes are coming from nowhere, unexplained lights are seen, and strange voices and sounds are heard here. Perhaps Frank has some unfinished business to take care of.

Tonopah is no longer a mining town. The prosperity ended during the Great Depression of 1929, when America faced big economic problems. The last mine was closed in 1947. Today, about 3000 residents live in Tonopah, mainly families of soldiers stationed in the nearby military base. It’s also a popular base for people who are travelling to Las Vegas. They can stay at The Clown Motel and The Mizpah Hotel. Would you take the chance?

Do you want to read more ghost stories in the USA? Click here!