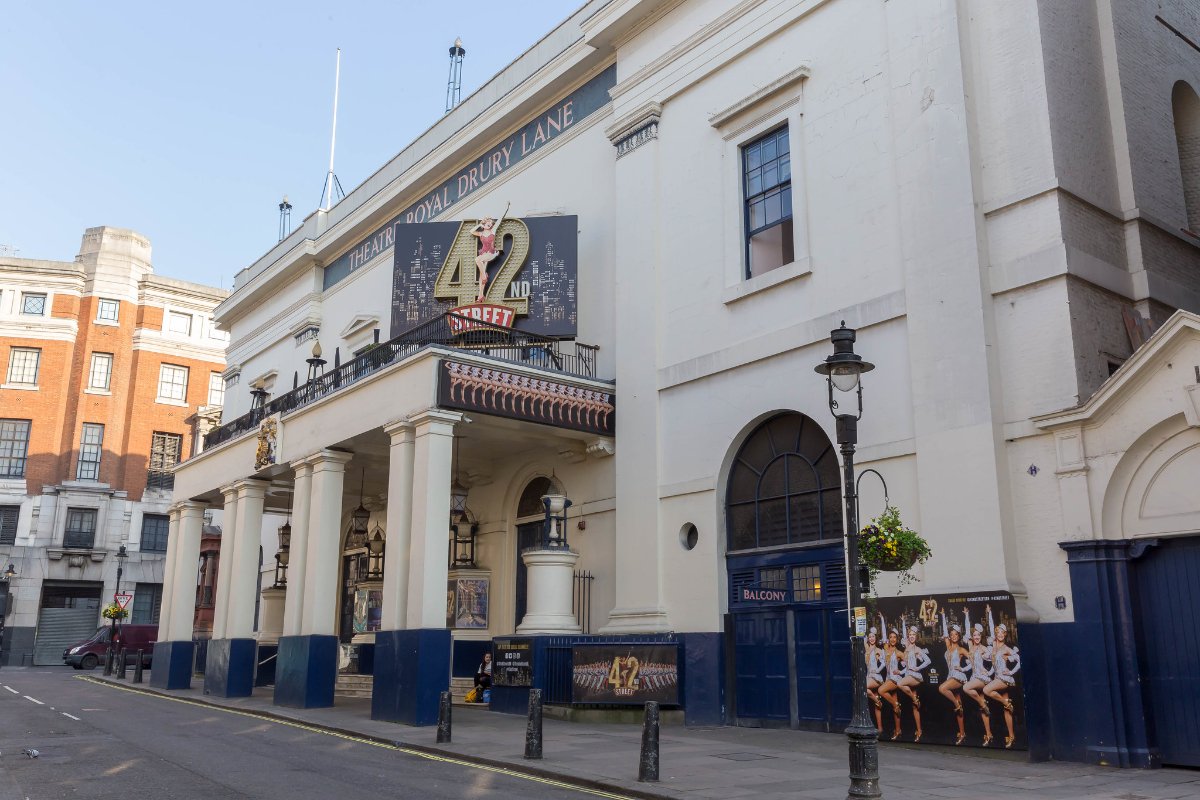 Theatre Royal, also known as Drury Lane, is a theatre in West End London. It’s one of the oldest theatres in London and is the only London theatre with two royal boxes in the auditorium. The Theatre Royal is known for its musical-like performances, but that’s not all its known for. It’s rumored to be the most haunted theatre in the world.

The history of Theatre Royal

The original theatre was built in 1663 by a man named Thomas Killigrew. This was right after a period called the Puritam Interregnum, which lasted for 11 years after the execution of King Charles I in 1649. During this period, all pastimes regarded as frivolous, such as going to the theatres, were banned. His son, King Charles II, gave two parties permission to form a new acting company. Thomas Killigrew owned one of these two permits. He built his theatre on Drury Lane. There was a total of 4 theatres at this location.

The first one was destroyed by fire in 1672. It was rebuilt again in 1674, and the architect might have even been Christopher Wren, but there’s no evidence for that. This building was the largest and lasted for 117 years. It was demolished and rebuilt again in 1794. Unfortunately, this new theatre was once again the victim of a fire in 1809. The theatre as we know it today dates to 1812. It is now owned by Andrew Lloyd Webber who restored the theatre back to its original look in 2013.

Theatre Royal has been the stage for a number of huge productions such as Charley and the chocolate Factory, Hamlet, My Fair Lady, 42nd Street and Miss Saigon, where I went to in 1997 when I first visited London with my mother. In 2020, the musical Frozen was planned on stage, but unfortunately this musical is postponed due to Covid-19.

The ghostly residents of Theatre Royal

Theatre Royal has had its fair share of drama over the centuries. Like when King Charles II fell hard for actress and royal mistress Nell Gwyn. And during WWII the theatre was used as the headquarters for the ENZA (Entertainments National Service Association). But that’s not all that happened.

The Man in Grey

Perhaps the most famous ghost in Theatre Royal is the ghost of The Man in Grey. Nobody exactly knows who he was, but he appears to be a late 18th century noble man. He’s always seen wearing a dress jacket, a cloak or a cape, riding boots and a sword. The Man in Grey has powdered hair and has a tricorne hat on top of that. He always acts the same way, appearing during daytime at the end of the 4th row of the upper circle. Then he proceeds towards the rear gangway and then disappears into the wall.

During renovation work in 1848, skeletal remains were found in a secret room right behind the wall in which The Man in Grey disappears. The man in the wall was stabbed to death and was wearing a grey coat. Staff and actors have seen the apparition of The Man in Grey very often. But it’s a good sign when he appears for all productions he shows up at turn out to be successful.

The ghost of Charles Macklin

The Irish actor Charles Macklin worked at Theatre Royal quite intensely. He was famous for the introduction of the “natural way” of performing, but that was not all he was famous for. In 1735, Charles had a backstage argument with one Thomas Hallam over a wig. Macklin struck Hallam with his cane, piercing the latter’s left eye and brain. Hallam died of his injuries. Macklin was charged for murder but was eventually tried for manslaughter. He died at the age of 106. Charles Macklin still haunts Theatre Royal. He has been seen backstage, wandering the corridor which now stands in the spot where he killed Thomas Hallam. Perhaps he is remorseful for killing Hallam.

The ghost of Joseph Grimaldi

Joseph Grimaldi is looked upon as the father of the modern clown and the whole tradition of British pantomime. His alter ego “Joey” has made many people laugh. He’s very helpful around the theatre, calming nervous actors and giving them a comedy kick before they go on stage. His final wish was to be buried with his head severed from his body. Perhaps therefore a floating clown’s face has been seen in the wings of the theatre. Grimaldi has a huge group of fans. Every year in May, at the date of his death, many clowns visit his grave at the Joseph Grimaldi Park in London. They sit there in silence before all going their own way again.