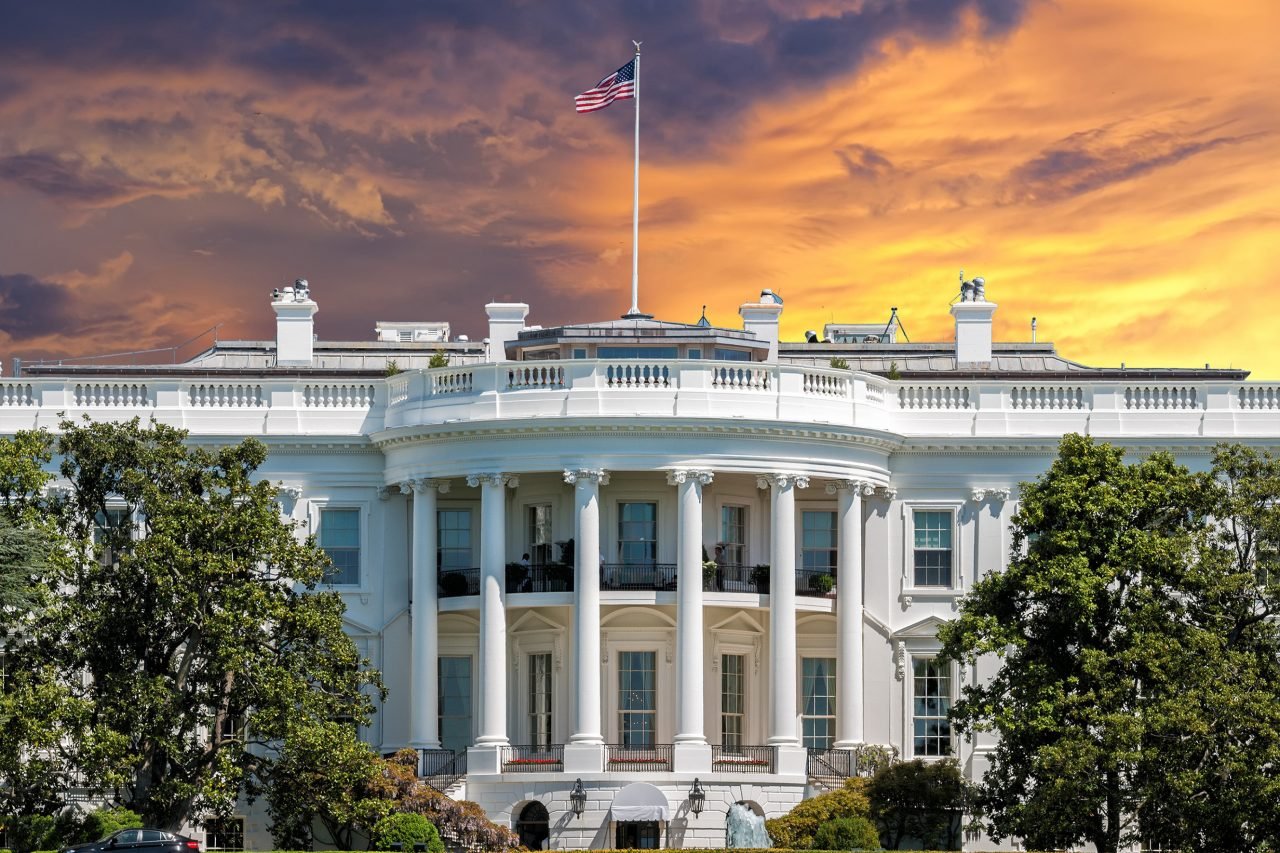 The White House is the home and office of the President of the United States of America. John Adams had it constructed in 1800. He thought it was important for the President to live amid the people. You can find the White House on 1600 Pennsylvania Avenue NW, Washington DC. Apart from the fact this is the most well-known house in America, it’s also a well-known haunted house in America.

The history of the White House

This Neoclassical building made of white painted sandstone, was designed in 1792 by architect James Hoban. It took 8 years to construct the place. President John Adams could enjoy living in it for only a short period of time, for a year later he was knocked off his throne by Thomas Jefferson. Jefferson moved into the White House in 1801 and expanded the building almost immediately. In 1814, The White House was nearly destroyed by a fire by the British Army during the War of 1812. During this war, America and Great Britain fought about Canada.

That day, what went into the history books as “The Burning of Washington”, ensured the building came out of the battle bigger and stronger. The renovation of The White House started almost immediately after the fire, and was still under construction when President James Monroe moved in in 1817. Theodore Roosevelt constructed the West Wing in 1901 and 8 years later, William Howard Taft constructed the first Oval Office. Harry Truman fortified all the walls with a frame made of steel. Because the frame had to be built from within the house, it was a huge operation. Construction wise all is peaceful now, but at the inside it’s far from quiet.

Many presidents, First Ladies, staff members and guests have seen, heard or felt something during their stay at The White House. Even our own Dutch queen, Queen Wilhelmina, had an experience there. The second floor is notoriously haunted. This is also where the presidents live and sleep. But also the basement, the attic and the building’s garden are haunted. It’s almost like the former residents refuse to leave.

First Lady Dolly Madison loved her rose garden. She spent most of her time here and designed and managed it all by herself. When over a century later, First Lady Ellen Wilson, asked her gardener to move the rose garden, Dolly got really upset! Her ghost single handedly put a stop to this plan by scaring the living daylights out of the gardeners. The garden has never been changed because of her. Within the walls of The White House, a faint smell of roses is smelled pretty often. Dolly probably walks by at that moment.

The White House is built on the marsh soil of the banks of the Potomac River. This was strategically a great place, but a disaster for the construction. It was very damp the first  few years. The East Room was the driest place of the house and that’s why First Lady Abigail Adams chose this room to dry her laundry. Abigail continues to hang her laundry here, even though she’s been dead for over two centuries. Her ghost is seen while stretching her arms far out, as if she’s carrying a heavy laundry basket in her arms.

In 1824, President Andrew Jackson was defeated by John Quincy Adams, and lost his presidency. That Andrew was not happy about this, can be heard loud and clearly up until this day. His spirit swears and stamps through the corridors as if he just heard the news. Mary Todd Lincoln, Abraham Lincoln’s wife, was very interested in the paranormal and regularly held seances to contact her deceased sons. One of their sons died of tuberculosis at the age of 4 before Abraham became President. Their 12 year old son Will died of typhoid within the walls of The White House. During her seances, Andrew regularly came by, still roaring.

Speaking of The Lincolns, let’s talk about the ghost that has been seen the most frequently in The White House. Abraham Lincoln clearly wasn’t ready to die yet. During his term of office (1861 – 1865), he had to deal with the American Civil War. He negotiated with the Confederals (the South) and eventually got their leader Lee to surrender on April 9th 1865. This also meant the end of the slavery. John Wilkes Booth, a fanatical supporter of the Confederals, disagreed and shot Lincoln in the back of his head on April 14th 1865. The President died the next day, at the age of 56. His body was taken back to The White House.

What was scary was that Lincoln probably had a premonition of his own death. A few days before he was shot he dreamt about a President being laid out in The White House and that America was mourning. First Lady Grace Coolidge first saw him in 1923. He was looking out of the Oval Office’s window facing the Potomac River. Later, President Lyndon Johnson’s wife felt his presence when she was watching a documentary of Lincoln’s death on the television. During the presidency of Franklin D. Roosevelt (1933 – 1945) his wife felt the presence of Lincoln while she was working in her office. That room used to be Lincoln’s bedroom while he was alive.

Other well-known people who saw Lincoln

You would say that world leaders are too down to earth to believe in ghosts. Wrong! Our own Dutch Queen Wilhelmina was face to face with Lincoln while she stayed at the Rose Room.  There was a knock on the door and when she opened it she saw Abraham Lincoln standing there with his iconic hat on. He turned around and vanished into thin air. The British Premier Sir Winston Churchill, who visited The White House during the Second World War, also saw him. He had the fright of his life when he came out of the shower completely naked when he saw Abraham Lincoln sitting near the fireplace in the Rose Room. He refused to ever set foot again in The White House.

This is the most active room when it comes to ghosts. Andrew Jackson slept in this room and he caused a lot of disturbance to the 33rd President of America, Harry Truman. He regularly couldn’t concentrate on his speeches when Andrew was pacing the room up and down again. The curtains also moved as if someone passed by. He also heard voices in this room: according to Truman, Andrew Jackson and Theodore Roosevelt were arguing about Franklin Roosevelt. Once a President, always a President! This room also has massive temperature changes. There are cold spots everywhere.

The attic is haunted by two ghosts. One of them is David Burns. This man was kindly, though urgently requested to sell  his land in 1790 so The White House could be built here. Apparently he was so attached to his land that he lingers here till this day. The other ghost that haunts the attic is that of William Henry Harrison. He was the shortest-serving President of the USA. Harrison died exactly one month after his appointment by pneumonia. He has some unfinished business to deal with.

In the basement, under The White House, lives a demonic cat. If you see her, she looks just like a sweet kitten, but when you get closer, she grows bigger and scarier. She doesn’t do any harm, but when you see her, something bad is going to happen. She appeared right before The Great Depression of 1929, when Wall Street collapsed and right before the murder on John F. Kennedy.

The second floor is very haunted. The Presidents have their sleeping quarters here. A man and a woman who spent the night here were awoken by a British soldier (dating from the War of 1812) who tried to set their bed on fire. He isn’t the only British man around. A confused British soldier is often seen roaming the corridors. He seems disorientated by the fire and smoke that he caused himself. Lyndon B. Johnson’s daughter saw the spirit of Will Lincoln, who died at the age of 12. She later found out she was sleeping in his former bedroom. The screams of Present Grover Cleveland’s wife are heard on this floor as well. She was the first First Lady to give birth in The White House. It was probably heavy childbirth.

The entrance of The White House

Even the entrance of The White House is haunted. Anne Surrat’s spirit is often seen on the porch. Her mother was hanged in 1865 because she was accused to be an accomplice of Abraham Lincolns murder. Anne’s spirit is often seen knocking and begging for the release of her mother. She also sits on the front stairs every 7th of July, because that was the day her mother died.

Today, The White House is still the home and office of the sitting President. I wonder if they know it’s haunted before they move in. I guess it’s not the first thing you think about when you run for President. Do you think Joe Biden has seen any ghosts already?