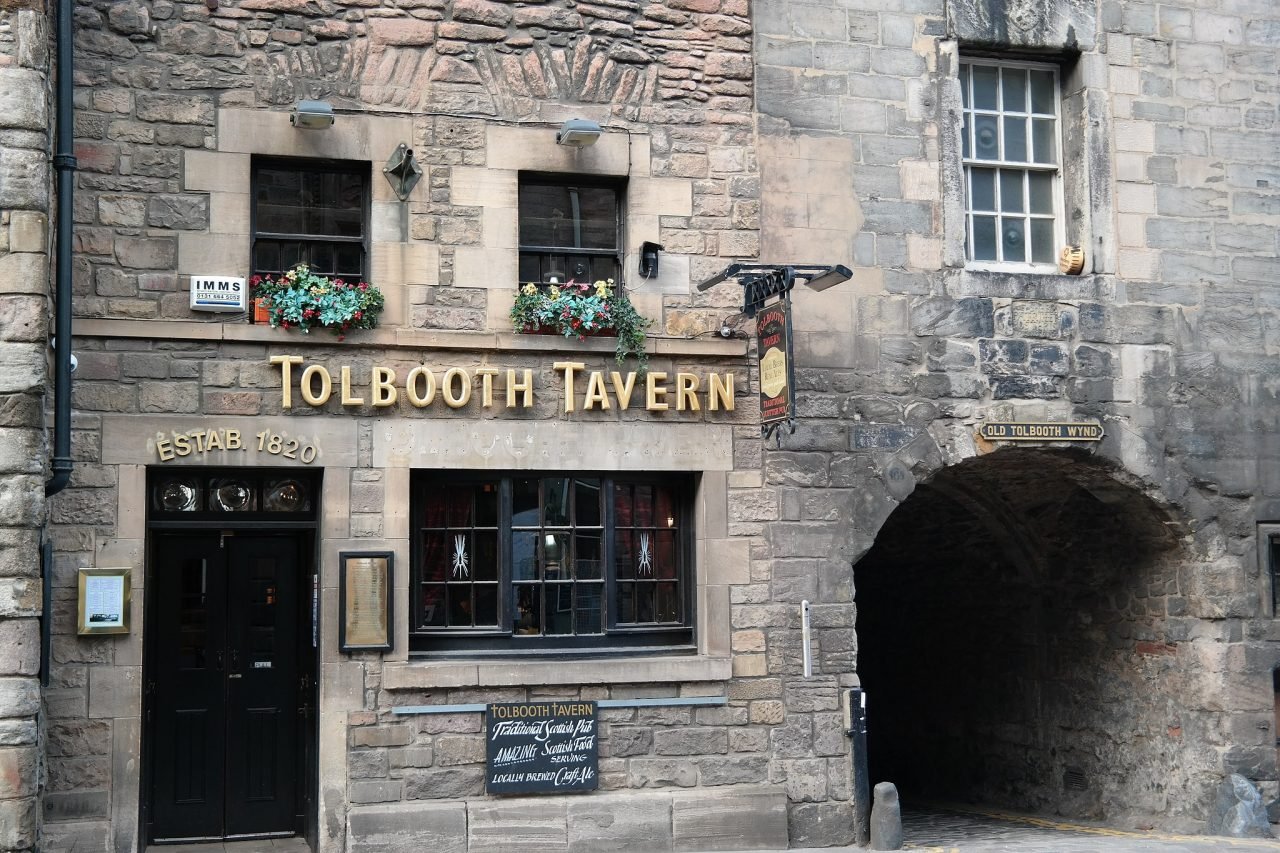 The Tolbooth Tavern in Edinburgh

The Tolbooth in Edinburgh, Scotland was built in 1591. Back in the days, Edinburgh was divided into two areas: the Royal Burgh and Canongate. The Tolbooth was located just in the middle of both areas and was used to collect tolls from travelers who wanted to enter the Royal Burgh. It even served as a prison for a brief period of time. Are the spirits that haunt the tavern former prisoners?

The history of the Tolbooth Tavern

The Tolbooth Tavern has had many purposes. And all those purposes needed alterations, so the building has been changed quite a bit through the centuries. Back in the days, Scotland had to hold its own in many battles. So, to help provide the city’s safety, gun loops and turrets were constructed. In 1884, the Tolbooth clock was added to the building, which is a famous landmark today. In 1856, Canongate was fully incorporated in Edinburgh, so the need for toll collecting disappeared. The Tolbooth lost its main function, and was turned into a tavern not much later.

During the 16th century, an exorcism took place on the premises of the Tolbooth. A warlock was suspected to be possessed by the Devil and Sir Lewis Bellenden, Baron of Broughton and justice clerk of Scotland, had the skills to drive it out. The exorcism was horrible and the poor warlock died of pure fear. Sir Lewis Bellenden’s initials are engraved above the archway of the Tolbooth wynd, so pay attention when you visit.

The Tolbooth briefly served as a prison. Though this Tolbooth prison is not to be confused with the Tolbooth prison which used to be located near St. Giles Cathedral. That is also where the gallows were (near the Midlothian Heart) and the more heavy criminals were put. At this prison, on the ground floor, only the people who weren’t able to pay fines and those accused of minor offenses were imprisoned.

In 1654, Oliver Cromwell’s guards captured a couple of men whom they considered to be enemies of Edinburgh. The prisoners managed to escape the Tolbooth the classic way! They used knotted together bedclothes to escape from the top room. Who would have thought this actually worked?

Between 1661 and 1688, people of the Scottish Presbyterian Movement, known as the Covenanters, were imprisoned here for treason. This was not the only place in Edinburgh where they were held prisoner. At Greyfriars Kirkyard was a place for them, too. It was the brutal lawyer George Mackenzie who made their life miserable there. And, even after death, Mackenzie is a horrible man. His infamous mausoleum is haunted by an aggressive poltergeist which is believed to be Mackenzie himself. His mausoleum is now locked so no one can get injured anymore, because the poltergeist has scratched and bitten several people.

The ghosts of the Tolbooth Tavern

Behind the tavern, at the back of the Royal Mile, you’ll find some buildings that have been used for housing in the period between the 1750’s and the 20th century. Somehow people feel uneasy there, the atmosphere is very pressing. But, the tavern itself is also haunted. There is an unnamed spirit who is often described as a shadowy figure, but most people are convinced it is a male. This spirit makes his way around the pub, pushing glasses and bottles off tables and knocking pictures off the walls. And there are several child spirits who play throughout the pub. Their tiny footsteps and giggles are often heard. Another spirit has been seen and heard pacing up the stairs towards the clock tower.

The Tolbooth Tavern is open to the public and serves very nice foods and drinks. Just beware of the fact that your drink could be flying off the table. The staff is fully aware of the careless spirit, so if you knock something over you can always blame the ghost.