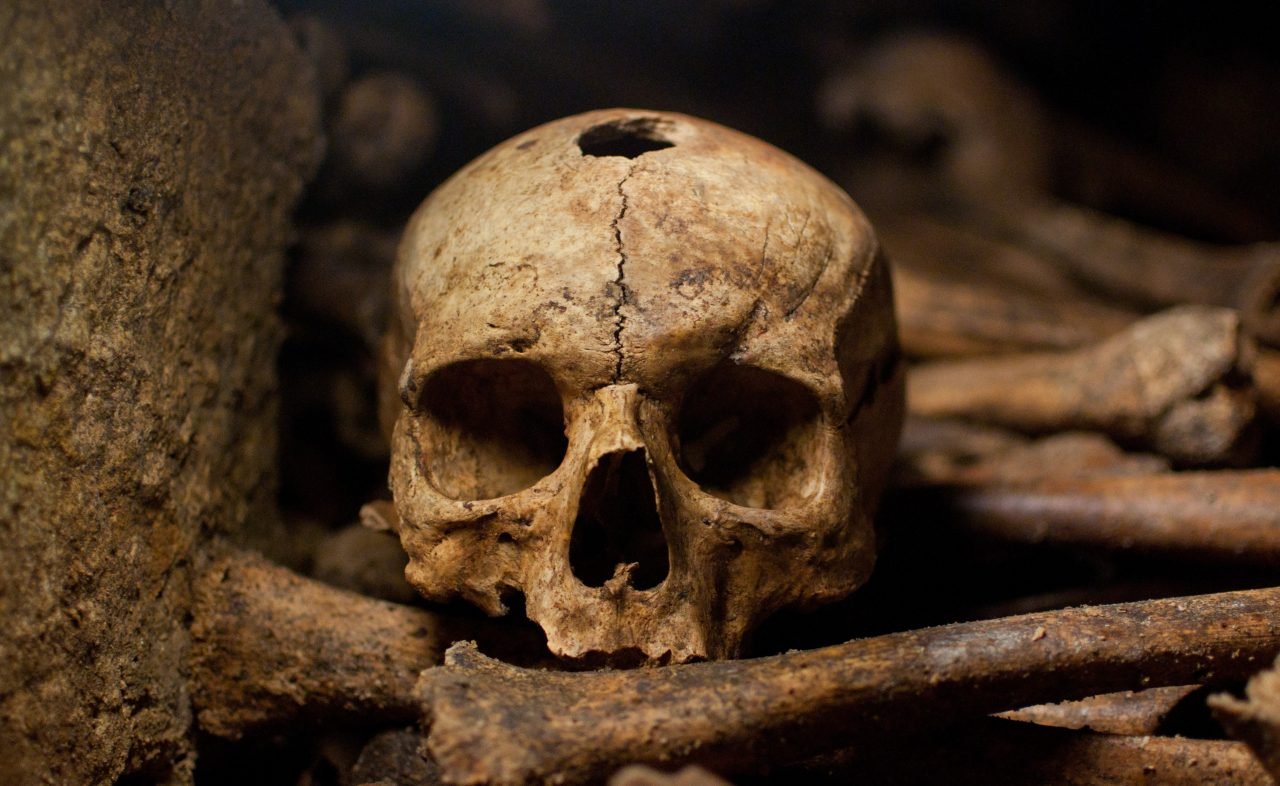 Ah Paris! City of romance and… ghosts! The Paris Catacombs aren’t the most ideal place to take your date, unless she’s interested in the paranormal and in creepy places. Underneath the city of Paris there is an underground corridor system which is 290 km (180 miles) long. These corridors originated in the Roman times, and the French found a clever, and creepy, way to use them.

The history of the Paris Catacombs

Many buildings in Paris, like Notre Dame for instance, are constructed with limestone. The underground corridors in Paris contained this precious limestone. It was also much-loved in the artist-community. The fine material was perfect for sculpting. In the 12th century, tunnels began to be dug on a large scale and mines were created. An entire underground labyrinth was created. The mines are located at about 25 m (82 ft) under the ground and were in use until 1873.

When Paris expanded, parts of it were built on top of these tunnels. At first, there were no major issues, until the Observatory and the Val-de-Grâce were built in the 17th century. The ground underneath the buildings was so unstable that the underlying tunnels needed to be propped up. In 1774, the inevitable happened: a huge sinkhole formed. Several houses and their residents disappeared into the hole. King Louis XVI immediately ordered a service to map the tunnel system and to prop up the dangerous parts. Unfortunately new sinkholes formed in 1784 and 1879.

From 1786, the tunnels got a new destination. Cemetery Cimetière des Innocents, in the heart of the city near Les Halles, became a burden. The cemetery became overpopulated and caused odor nuisance and even infectious diseases. Due to a lack of space, the corpses were thrown into a pit. In 1780, one of those pits exploded because of decomposing gases. The carcasses were literally hurled against surrounding houses. Something needed to be done.

The solution was to dig up the corpses and bring them into the tunnels. This is how the Paris Catacombs were born. Clearing the graves was not for the faint hearted. This work was only carried out at night so that the local residents were not aware of it. The carts in which the bones and skulls were carried were covered with black cloth.

Sinds 1955, the mines are a forbidden area because they are too dangerous to enter. Only 1,7 km (2 miles) is open to the public. This is also the part where the Paris catacombs are located. But, some parts of the mines are still illegally visited. Some access roads are only sealed off with a manhole cover. These areas are the playgrounds for urban explorers, or Cataphiles. This group originated in the 70’s from the punk scene.

The Cataphiles go underground to party. They mark the walls with graffiti and by doing so, they map the tunnels even better. This is illegal, so to prevent people from going down there, a special police force was created in the 1980’s. These cops are called Cataphilla. But, the Cataphiles aren’t easy to stop. In 2004, an underground cinema was discovered. Today, more and more access points are sealed so it gets harder to enter the mines.

To visit the Paris Catacombs

Visiting the Paris Catacombs is on my bucket list for sure! I’ve been to Paris three times, but I never knew this place existed. A ticket to visit the Paris Catacombs cost € 29,-. Please make a reservation before you go. Remember to bring a coat because it’s chilly down there. And don’t forget to bring your flashlight, because some areas can be quite dark. Taking young children down with you might not be a good idea and if you’re claustrophobic, you might want to stay above ground. Creepy place, because it’s a direct confrontation with death. Would you dare to visit the Paris Catacombs?