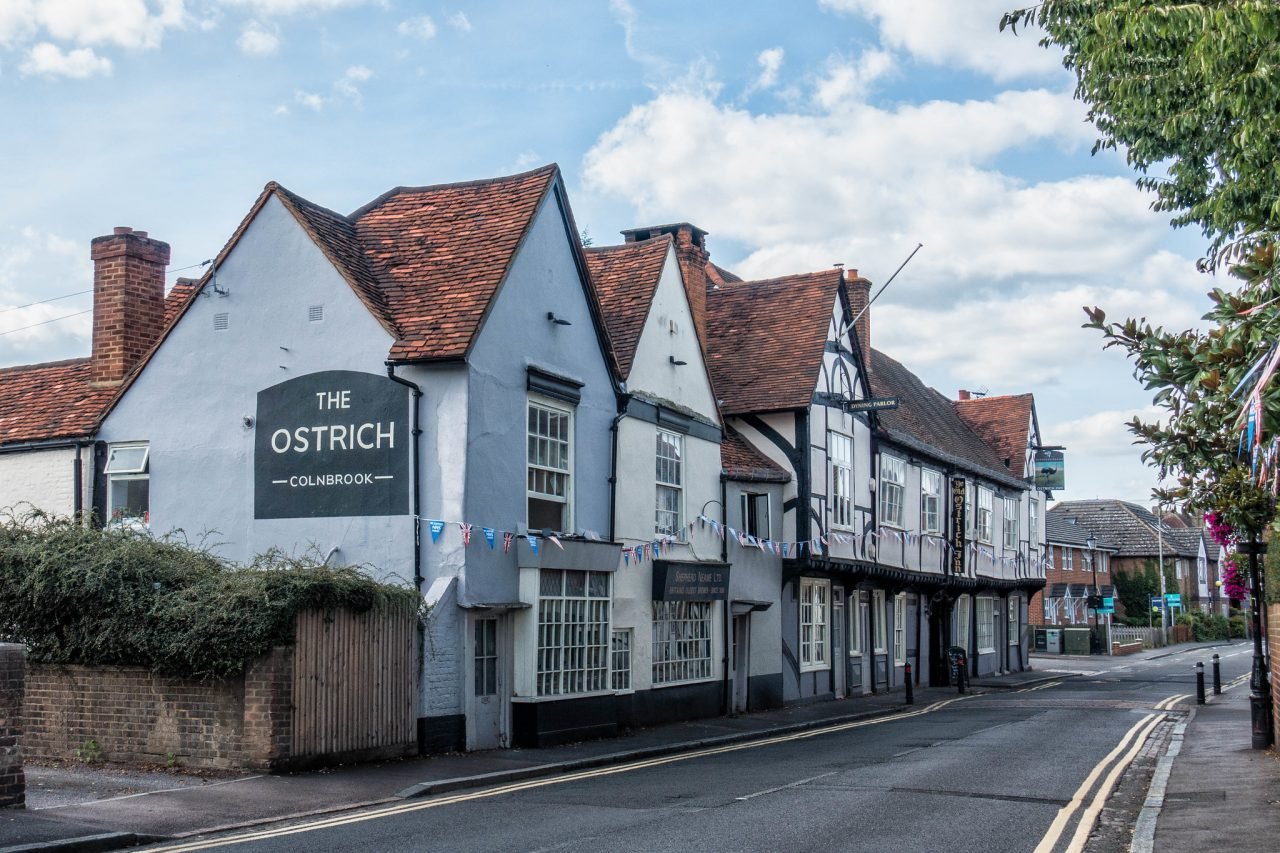 The Ostrich Inn in Colnbrook, England, is located just 17 miles away from London. Because the 4-starred hotel and pub is near Heathrow, it’s the ideal hotel to stay for a couple of days if you’re on a business trip. That’s what people did centuries ago, if travelling to Windsor Castle. But, staying at the third oldest inn in England wasn’t always safe…

The history of The Ostrich Inn

The Ostrich Inn was built in 1106, during the reign of Henry I (!). The inn’s name back then was “The Hospice” and lots of the old features are still in the pub today. It is believed that King John stayed here on his way to Runnymede to seal the Magna Carta in 1215. At some point the name was changed into The Ostrich. Back in 12th, 13th or even the 14th centuries, chances were next to nil that an English person had seen the giant African bird in real life. The Inn’s name could have been The Oyster Ridge or perhaps even The Eastridge and that it was corrupted into The Ostrich. However, this is the name today and it’s a great place to have a beer or spend the night.

One of the legends of The Ostrich Inn is that Dirk Turpin once hid there to escape the authorities. The village of Colnbrook was once an important stopover and the main route that ran from London to Bath. There was a toll house nearby and the keeper of the toll house was shot in the face. People told the Bow Street Runners (today they would be the police) that they saw Dirk Turpin at the scene. Dirk Turpin (1705 – 1739) was an English Highwayman. He was a burglar, horse thief, poacher and killer. He managed to escape the authorities by jumping out of one of the Inn’s windows. Later, Turpin was caught stealing horses and he was sentenced to death by hanging.

At least 60 murders have occured at The Ostrich Inn. In the 17th century, the Inn was owned by John Jarman and his wife. They had a lucrative job on the side. Travellers, like merchants, carried a lot of money around. The couple had a fine nose for rich customers. Jarman would yell to his wife: “there’s a fat pig available if you want one,” and she would respond: “put him in the sty for till morrow!” The wealthy customer was then given a special treatment: free heavy ale and a special room. In this room, a trap door was made directly under the bedstead. Underneath, a huge boiling pot filled with hot water or fat was located and the poor customer would be boiled to death. The remains were disposed of in the nearby brook. The belongings were sold to the local gypsies.

John Jarman and his wife were able to continue their dirty job until they got a little too greedy. Thomas Cole, a well-known clothier, arrived in town and he also decided to spend the night at The Ostrich Inn. Jarman and his wife even persuaded him to change his will! He was murdered by the couple, but there was a problem. Cole’s horse broke loose and started wandering the streets.

Everybody thought Cole had taken a fall off his horse so a big search was organised. Some had seen Cole entering The Ostrich Inn and when the will was discovered, Jarman’s wife was arrested. Jarman himself got away and hid in the nearby Windsor Forest, but he was caught as well. The couple confessed to 60 murders and they were both hanged. Cole’s body was found in the brook near the Inn. It is believed that the village was named after this event: Cole-in-the-Brook (Colnbrook).

The ghosts of The Ostrich Inn

A place this old, and with a history such as The Ostrich Inn, is bound to be haunted. And it is! An acquaintance of mine regularly stays at The Ostrich Inn and always turns the mirrors in his room. Just to be sure. Guests and staff have reported strange and unexplained things such as strange noises, seeing ghostly figures and objects that move by themselves. There are cold spots in certain areas such as in the ladies loo downstairs (where Jarman put the bodies before getting rid of them) and in the restaurant area next to murder-bedchamber. In the infamous bedroom, a sudden feeling of dread can occur. The spirit of a woman in a Victorian dress and a little girl have been seen and paranormal investigators who visited the Inn in 2003 had a whole conversation with a spirit named “John”. 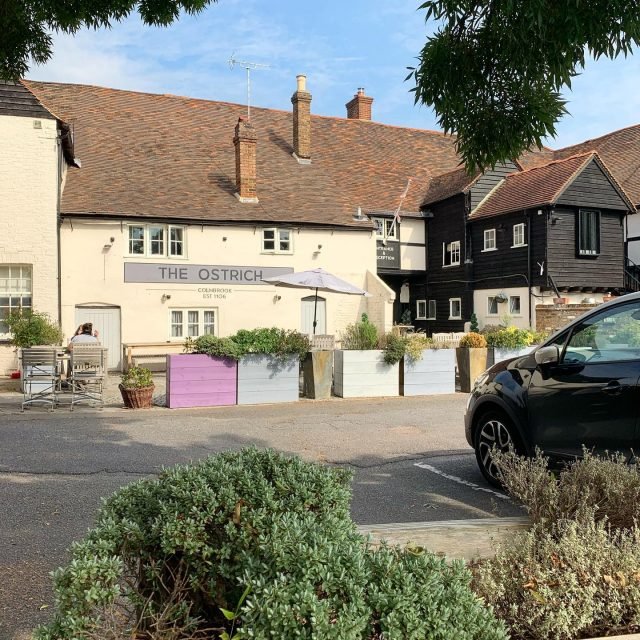 In the area? The Ostrich Inn is a wonderful place to hang out! It has comfortable rooms and good food. The bar and restaurant have historic features such as beams, fireplaces, crooked stairs and a cobbled courtyard. Oh, and the current owners aren’t killers, so you’re safe! A special thank you to The Ostrich Inn for allowing me to use their pictures!

Do you want to read more stories about haunted places in England? Click here!