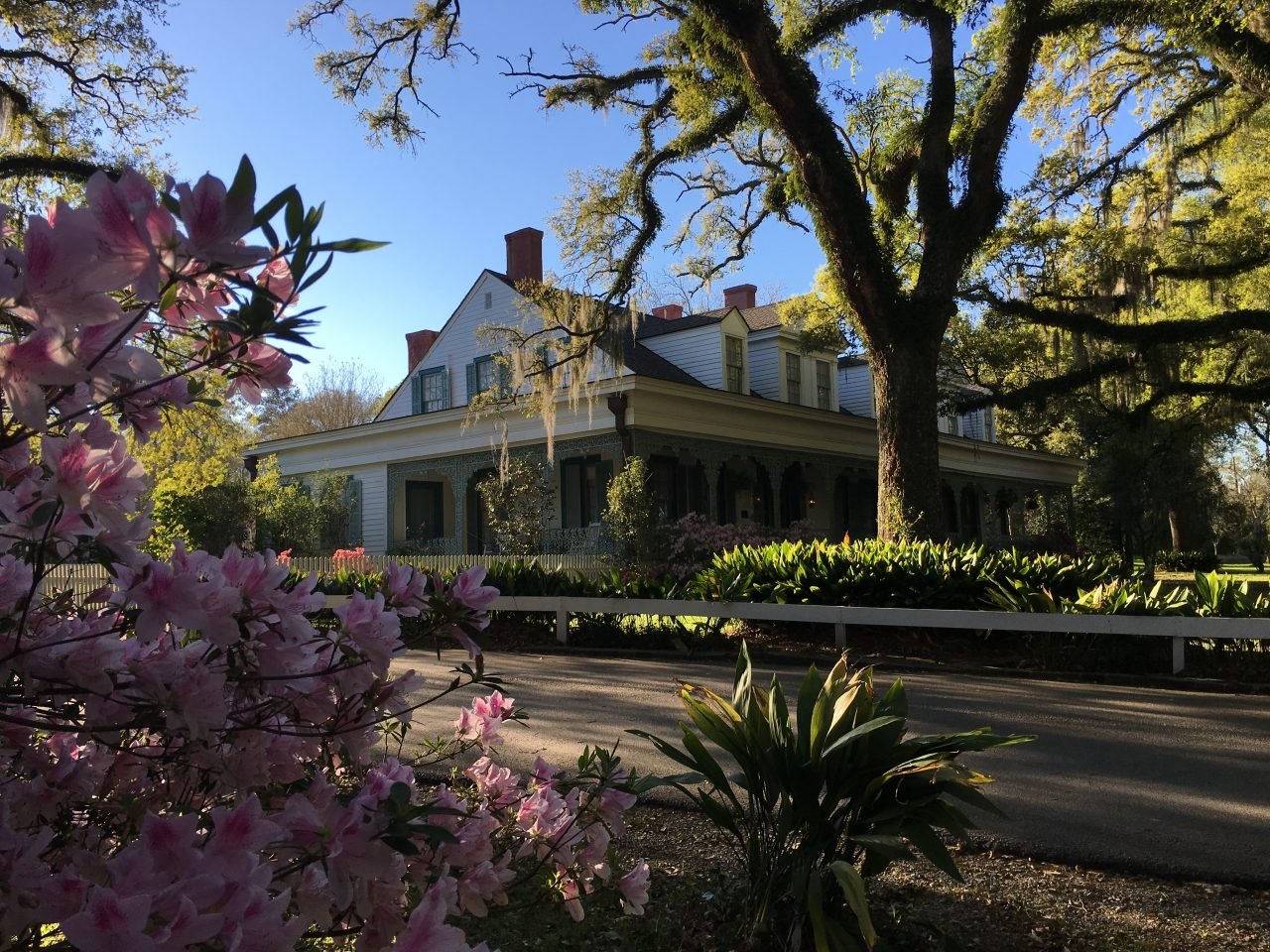 Near Baton Rouge, in St. Francisville, Louisiana, you’ll find the Myrtles Plantation. This 18th century plantation is now a bed-and-breakfast. But, when you make a reservation, be aware that you might not sleep very well. This place is rumoured to be extremely haunted. Many visitors claim to have seen, felt or heard things they cannot explain. Let’s have a look!

The history of The Myrtles Plantation

The Myrtles Plantation was originally built in 1796 by General David Bradford, who lived here with his wife Elizabeth and their five children. He bought the ground after being successful in Law. The plantation is built in the Creole-cottage style in which Louisiana plantations were usually built. Back then it was named Laurel Grove. Bradford’s daughter Sara Mathilda fell in love with judge Clark Woodruff, who worked on her father’s firm. They had three children together. When David died in 1808, he left the property to his wife and children.

In 1834, the plantation was sold to Ruffin Gray Stirling. Ruffin and his wife Mary Cobb invested a lot of money in the property and it doubled its size. They called it The Myrtles. The Stirlings had 9 children, but sadly 5 of them died at a very young age. Ruffin’s daughter, Sarah, married William Drew Winter. They had six children, but one child died of typhoid at the age of three. After them the house had many owners. In the 50’s the plantation was bought by Marjorie Munson, who started noticing strange things. She then sold the plantation until it was finally bought by James and Frances Kermeen Myers, the current owners. They turned the beautiful former plantation into a comfortable bed-and-breakfast.

As said before, a lot of children died at the plantation. But there is also a tragic legend that haunts the place. It is the story of Chloë (or Cloë), a female slave who worked for Clark and Sara Mathilda Woodruff. Now, there are two versions to this story. One of them is that Clark had forced Chloë to have an affair with him and that she planned revenge. But the second version might be more legit. That story says, Chloë was eavesdropping on a private conversation one day. She was discovered and as a punishment, one of her ears was cut off. She had to wear a green turban to hide the scar. Chloë was also sent off to work in the kitchen, something she disliked.

One day, Chloë had a birthday cake to bake for one of the Woodruffs. She decided to add some Oleander extract to it, which is extremely poisonous. But, instead of poisoning her boss, she accidently poisoned Sara Mathilda and two of her children. They got really sick and eventually died. Chloë was hanged in the big oak in the garden by the other slaves, who feared punishment as well. Afterwards, they threw Chloë’s body in the Mississippi River. Her spirit is still seen in the garden. There was even a picture taken with her apparition on it. Sometimes guests wake up in their rooms in the middle of the night, while she gazes at them. She is also sometimes seen hanging from the oak tree, upside down, like a bat.

In 1871, William Drew Winter was shot while he was on his veranda. According to the legend, William crawled up the stairs to get some help. He made it to the 17th step where he died of his injuries. Nobody knew why he was killed and by who, but up to this day, staff and guests hear dragging footsteps and crawling sounds moving up the stairs, abruptly ending at the 17th step.

During the American Civil War from 1861 to 1864, the plantation was the décor of the murder of three Union soldiers. They wanted to hide inside the plantation to escape the war violence. At the entrance there still is a life size blood stain that in no way can be removed. It’s impossible to clean the floor because everyone who tries stumbles upon an invisble barrier. It’s like a body is blocking the way…

The piano on the first floor keeps on playing the same accords over and over again. By itself. When someone enters the room, the sound immediately stops. It starts again when all is calm. What’s especially special is the huge mirror in the house. During that period, it was common for people to cover all mirrors in the house with black cloth when somebody died. Apparently, this mirror was forgotten when Sara Mathilda and her two children died. According to the legend, their spirits are now locked inside this mirror. Tiny children’s hands are seen on the mirror that are impossible to wipe away. People see faces in them on a regular basis as well.

Other ghosts on the plantation

The plantation itself was built upon an Indian burial ground. These grounds are sacred so violating these grounds is asking for trouble. The spirit of a young native woman is seen on the premises. Also, the ghost of a young girl who died in 1868 is haunting the grounds. She died from an illness, and her parents called a local voodoo practitioner for help. Unfortunately it didn’t do any good for her and the child died. She still haunts the room in which she died and practices voodoo on guests that sleep there. The other children who have died at the plantation are heard and seen playing in the corridors or outside on the veranda.

The plantation is a much loved film set for historical drama. For instance, “The Long Hot Summer” was filmed at this location. A lot of furniture was moved for filming in several rooms. But when the crew returned the next morning, everything was back the way it was again. And that while there was no one present there at night. It happened on a daily basis. No wonder the crew was happy when the filming was over!

The plantation can be visited by everyone. Although it has a haunting reputation, you cannot deny the place is beautiful and historical. You can rent a room there, but you can also rent the entire plantation. Great place for a good night’s sleep, don’t you think?