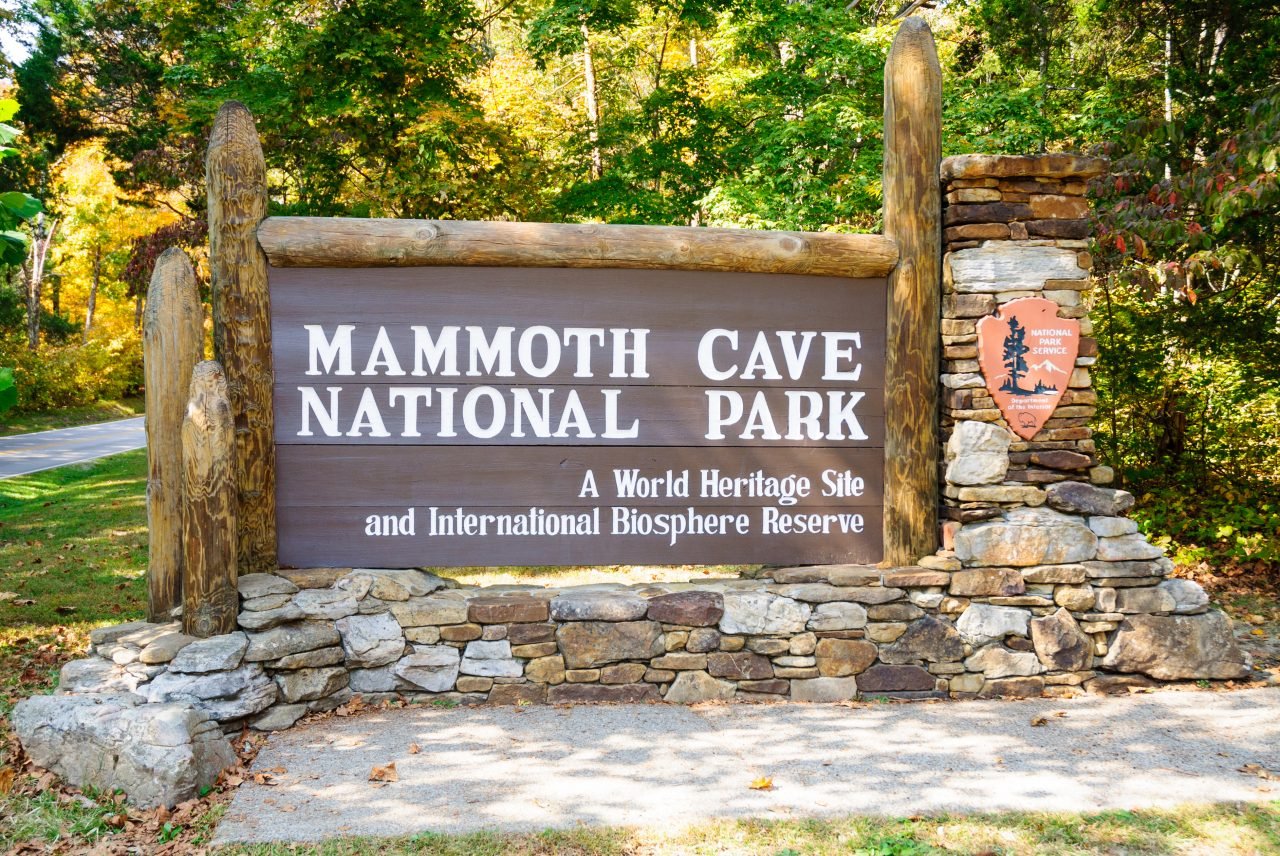 In Kentucky you can find an enormous cave system which consists of a gigantic corridor system on different levels. Apart from the fact that this is one of the biggest caves in the world, it’s also a place which is haunted. And then there are these strange mummies that were found inside the cave. What’s the story behind these mummies? Let’s take a closer look!

The history of Mammoth Cave

The higher levels of the Mammoth Cave are between 3.5 and 2.3 million years old and dried up when the Green River was lowered because of all the notches. The caves consist of limestone. Limestone erodes easily by running water. This is what happened in these caves as well. Through the many centuries water created new openings and thus new caves. Crossroads have been created and these connect all these separate caves together. The cave complex is 390 miles long and new parts are discovered yearly.

There is an underground river floating through the caves in which a special creature lives. It only lives in the Mammoth Cave. It’s the endangered eyeless Kentucky Caveshrimp. This type of shrimp feeds off sediments from the cave and the groundwater. The cave has been on the Unesco World Heritage List. You can visit the caves and book different types of tours, like “The Grand Avenue”, “The Frozen Niagara” and the “Fatman’s misery”.

Be sure you don’t suffer from claustrophobia for the latter one. The tours take from 1 up to 6 hours and there are different gradations of difficulty. There’s also an enormous “sinkhole”, a hole that appeared when the floor simply caved in. Of you look into this “Ceder Sink”, it’s as if you’re looking into the inner of the planet.

The inhabitants of the cave

Over 6000 years ago, the first people started living inside the cave. Since the beginning of the 17th century it was home to the Shawnee and Cherokee Indians. The cave was discovered by a British researcher in 1750. After this discovery the cave was explored and saltpeter was found, which is very valuable. A tug of war started over who owned the cave. Saltpeter is raw material that can be turned into a fertilizer which can be used in explosives.

This material got extremely important when the Americans and British fought over Canada from 1812 to 1815. During this war, about 70 slaves worked daily in the cave to win this saltpeter. Charles Wilkins, the cave’s owner during this war, became very wealthy. The tide was turned at the end of the war when saltpeter was no longer needed. Luckily, this didn’t mean the end of Wilkins’ goldmine: he owned a beautiful cave including a couple of special mummies!

The mummies who were found in the cave, are very well preserved due to the natural minerals and the dry air. But something strange is going on with them. For instance, the mummy of Little Alice. Little Alice was discovered recently because her body had been hidden at a great depts. She died about 4000 years ago. At first sight, you’re dealing with a child of about 9 years of age. But if you look closely, you’ll see she has the face of a grown up. The attributes she was given on her last journey were also meant for grown ups, so that doesn’t make any sense.

Another mummy, no scientist can make heads or tails from, is the Scudder Mummy. This dark red-haired mummy most certainly had a very light skin. The teeth were perfectly maintained and the mummy itself was wrapped in deer skin. This mummy was discovered on an open spot. The clothes the Scudder Mummy was found in are traditional for cultures on Fiji and the Sandwich Islands. So what on earth was this mummy doing here?

The strangest mummy of all must be the Fawn Hoof Mummy. Her body was found in a little crypt with a big stone as a roof. She was buried in a sitting position wearing two decorated deer skins and a woven, woolen blanket. She had short hair and she was wearing make-up on her lips. That alone is quite unusual, but what’s even more strange is that this mummy was at least 6 foot (1.83 m) tall! That’s nearly impossible for that period.

This mummy was also mummified and embalmed as the old Egyptians would have done thousands of years ago. Unfortunately the mummy was lost at the end of the 18th century when the Smithsonian examined the mummy. Apart from the mummies, the body of “Lost John” was found in 1935. This unfortunate researcher must have gotten lost in the cave’s labyrinth. Researchers claim this is the body of a modern man.

Let’s take a better look at the huge Fawn Hoof mummy, well so to speak of course. Examining this body is no longer possible, but some claim she was a descendant of the Nephelim. Nephelim’s are spoken of in the Bible. They are supposed to be fallen angels who were sent back to earth because of evil deeds. A good example of a Nephelim is Goliath. If a Nephelim would have sex with a normal human being, the product of this would be much bigger than a normal person. Nephelim’s have been found all over the world, but is there’s any truth in this? Anyway, the cave’s mummies are still a mystery.

The ghosts of the Mammoth Cave

In 1843, sixteen patients who were suffering from tuberculosis were treated in these caves because of the dry air. They didn’t survive because of the constant coolness of the air and the smoke created by cooking inside the caves. Their spirits still produce sounds that will raise your hair. In other parts of the cave, the spirits of slaves have been seen who died working in the saltpeter mines. A 19th century guide is still giving tours, even though he’s long gone. People see, hear and feel things. Perhaps this is due to the construction of the caves which deforms sounds and lights, but still…

The ghosts of Floyd Collins

Floyd Collins was a man who owned part of the cave back in the 20’s. He wanted to expand the cave to make more profit. The bulldozer he used for this must have slid and Collin’s leg got stuck underneath. He was found a day later, barely alive. A doctor was called to amputate Collin’s leg before the cave would collapse. But it was too late. Part of the cave collapsed and nobody was able to reach poor Collins. He was left to die all by himself. Years later, Collins’ body was dug up and put into the family grave.

Collin’s father sold the ground in which he was buried to a local dentist, who somehow got the green light to excavate the body and display it in a glass coffin in the cave. But, the body was stolen! Perhaps another cave owner thought he got too much attention. Poor Collins didn’t get the rest he deserved. Days later he was found in a field. He was put back in his glass coffin again. Even when this part of the cave was closed in 1961, he didn’t get a proper funeral. No wonder Collin is haunting the caves! Would you have the guts to visit?