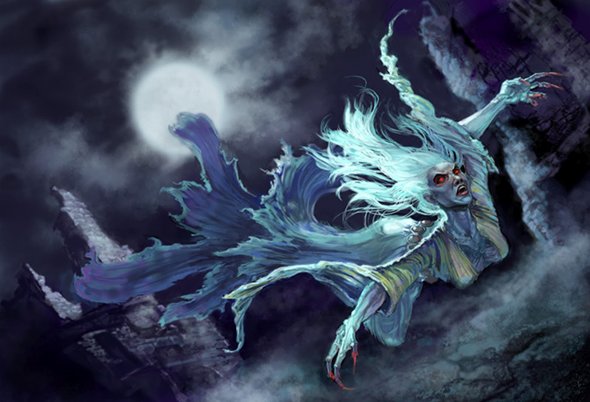 A Banshee is an Irish mythical creature feared for being the omen of death. Once you hear the scream of a Banshee you, or a close relative of yours, will die within a couple of days. But where did this creature come from and are they really as evil as they are being depicted? Let’s have a closer look at this phenomenon.

The history of the Banshee

The origin of the Banshee legend can be traced back to the 8th century. Women would sing songs full of sorrow to lament someone’s death. These women were known as “keeners” and since they accepted alcohol as payment for their “service” they were looked upon as sinners. As a punishment they were doomed to become Banshees.

The scream of the Banshee

The scream of a Banshee is called “caoine” which means “keening” and serves as a death warning. It is often stated that the Banshee only appears to descendants of the pure Milesian stock of Ireland. You can recognize them by surnames starting with O’ or Mac. But, as the Irish families blended over time it is said that each Irish family has their own Banshee.

How do you recognize a Banshee?

A Banshee is a disembodied spirit that can appear in various forms. It always appears to manifest as a woman. Banshees can appear as beautiful women, red, white or silver haired or they can appear as old terrifying women with rotten teeth and long fingernails. Some have red eyes from crying so much, others sing beautifully, and others tend to scream in agony. The looks of a Banshee can depend on whether it is evil or not. A Banshee can’t kill a person, she can only warn a family when death is near.

Evil and not evil Banshees

Not all Banshees are hate-filled creatures. Some Banshees have a strong bond with the family they “serve”. When a family member is about to die, she’ll sing a beautiful but sad song for that person. Banshees can also be evil spirits. A young girl who died a brutal death might return as one. She’ll manifest herself as the old, ugly Banshee.

Through the centuries the legend of the Banshee turned into a creepy bed-time story, but in earlier times the Banshee was as real to the people as could be. Let’s just hope you won’t hear her screams any time soon…