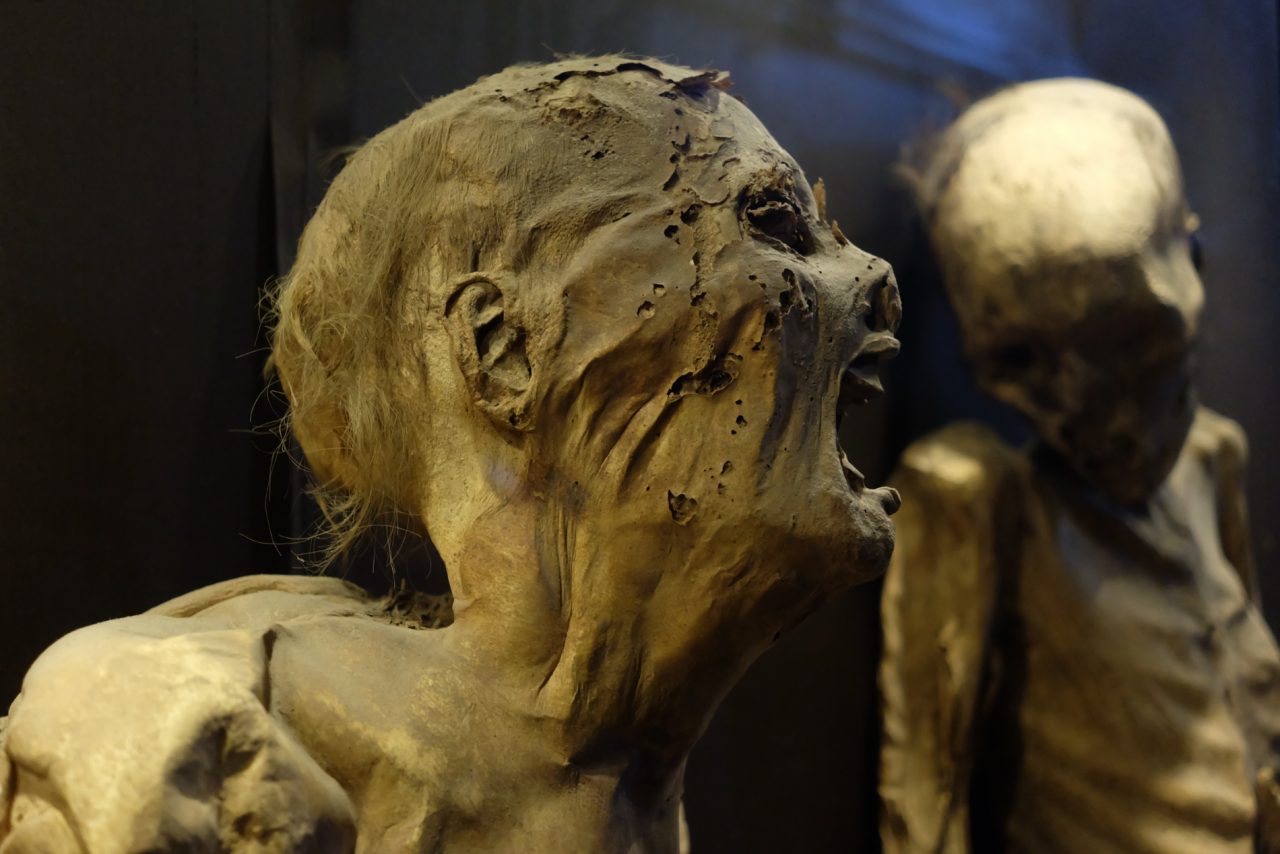 The Mexican city of Guanajuato suffered from a heavy cholera epidemic in 1833. Many lives were lost because of this illness. To make sure the epidemic didn’t spread, the dead were buried almost immediately. In some cases, the victims were buried a little too soon. No wonder why the museum where the mummies are on display is haunted like it is.

Excavated due to taxes

Between 1855 and 1858 many of the bodies were dug up. Not because the relatives wanted their loved-ones to get a proper burial, but because the Mexican Government decided to raise heavy taxes on the graves. Many poor Mexicans couldn’t pay these taxes, so the dead were excavated. The grave diggers stumbled upon something they didn’t expect. The dead didn’t turn into skeletons, but into perfectly preserved mummies. The dry Mexican heat, as well as the low humidity, dried to bodies in a natural way. Curious people wanted to have a look and were even prepared to pay for it. And so, the Mummy Museum, El Museo de las Momias, was born.

Different from the Egyptian mummies

Because the Guanajuato mummies mummified in a natural way, they differ a lot from the Egyptian mummies. Those mummies have been preserved with care and skill, so they look clean and peaceful. Unfortunately, that’s not the case for the Mexican mummies. Some of them look horrified with tortured expressions on their faces. If this is because the way they were preserved is debatable. There’s evidence that some of the dead had been buried while still alive.

Ignacia Aguilar, for example, suffered from cholera but also had a rare decease where her heart could simply stop. Sometimes for a whole day! Her family thought she had died and buried her the same day in fear of getting sick themselves. She must have woken up at some point, realizing she was buried alive. Can you imagine that? She was found faced down in her coffin and it seemed like she tried to open the coffin pushing her back against the lid. Unfortunately, she failed to escape her horrible fate. In her desperation she must have bitten her arms. There was a huge amount of blood in her mouth. Her face is also covered in scratches. That poor, poor woman!

Mummies in all shapes and sizes can be found at the museum. Sadly, there are a couple of child mummies as well. One of the child mummies is a 24 week old fetus which is the smallest mummy in the world. Its mother is “standing” right next to it. One of the other mummies is the French doctor Remigio Leroy. He was the first mummy to be exhibited in El Museo de las Momias. Nowadays 108 mummies can be seen in the museum, which was built on top of the finding place. Some mummies even wear the clothes they wore the day they were burried.

The ghosts of the Guanajuato mummies

Staff members of El Museo de las Momias don’t like spending time alone in the room where the mummies are on display. They feel as if they are being watched and sometimes people claim to hear whispers and mumbles. That the museum is haunted won’t surprise anyone. These mummies have been taken from their final resting place to be shown to the public.

From victims to movie stars

The mummies are Guanajuarto’s main tourist attraction. Each year, during “El Dia de los Muertos” they are an important part of the celebrations. They were also used in the B-horrormovie “Santo vs The Mummies of Guanajuato. Author Ray Bradbury got inspired for his short horror story “The next in line” after visiting the museum. And if a die-hard horror writer loses sleep over these mummies, how would a normal person react to them? Who dares?