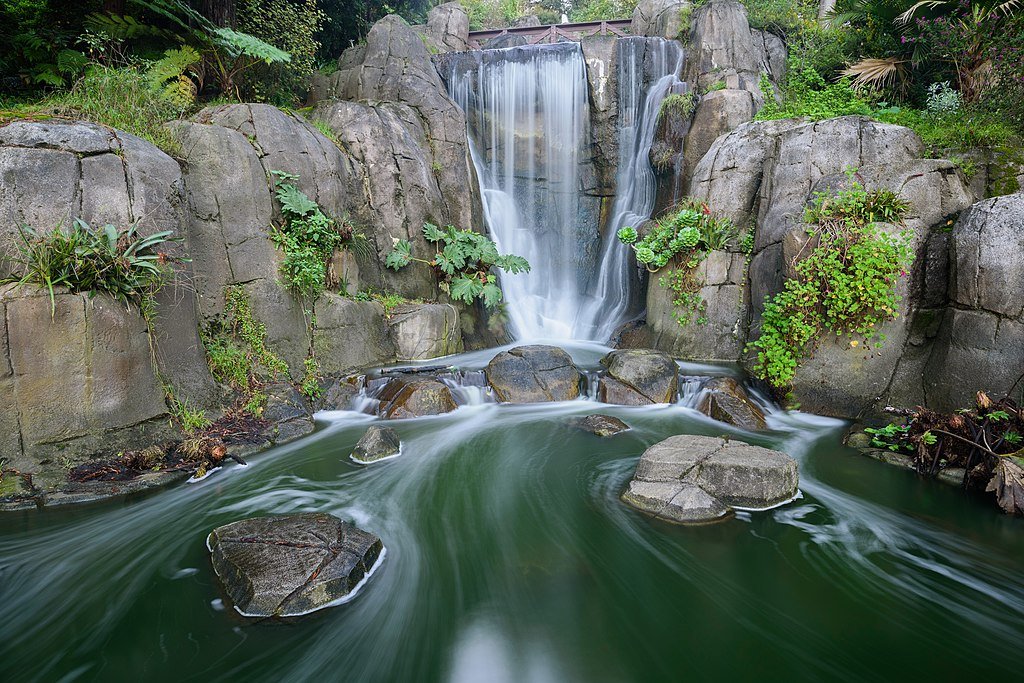 The ghost of Golden Gate Park

Golden Gate Park can be found in the center of San Francisco. The park is even larger than New York’s Central Park. It was founded in 1870 and is a much loved getaway for locals and tourists. The park offers many attractions such as a museum, a Japanese tea garden and a beautiful botanical garden. You can also rent a small boat and enjoy a ride on Stow Lake. But, once the sun goes down, you’d better stay away.

The history of Golden Gate Park

In the 1860’s, San Francisco was in need of a spacious public park. This public park had to be modeled on New York’s Central Park. But there was one problem: San Francisco’s dry climate. An irrigation system is what was needed for a park similar to Central Park. That’s the reason why  Frederick Law Olmsted proposed a plan for a park using only native plant species in 1865.

His proposal, however, was rejected. It was William Hammond Hall, a field engineer, who developed an integrated flood control system for the area in 1870. Now all kinds of plant species could live here! Golden Gate Park is configured as a rectangle, like Central Park, and it’s the third most-visited city park in the USA.

As said before, the park offers many attractions. One of these attractions is Stow Lake. Rowboats and pedal boats can be rented at the boathouse. Stow Lake was the first artificial lake in the park as is the Huntington Falls (see cover photo). It’s a great place to spend a family day out. But, make sure you leave the lake when the sun goes down. Because there is a chance you’ll be facing The Lady of Stow Lake.

The Lady of Stow Lake

Stow Lake is surrounded by a stubborn ghost story. Around 1900, the first story about The Lady of Stow Lake was published. The story hasn’t changed much through the years and is still told today. The story goes like this. A long time ago, a young woman visited the lake with her toddler. In a brief moment of inattention, the young child disappeared.

The young woman was distraught and she searched the whole park for it. Eventually, she found her child, floating face down, in Stow Lake. In a blind panic, she jumped into the water to save her child, but neither of them ever reached the shore. They both drowned in the lake.

Beware of the ghost of Stow Lake

Many have seen a female ghost in the Stow Lake area. She’s frantically searching the shore of the lake. She has been described in the same way for over a hundred years. She has dark, long hair and sheś wearing a pale white dress. Her hair and clothes are dripping with water. Rumor has it that if you say “white lady, white lady, I have your baby” three times in a row, that she’ll appear to you. She will ask: “have you seen my baby?” If you answer with “yes”, she will haunt you for the rest of your life, but if your answer is “no”, she’ll kill you.

Do you want to read more ghost stories about places in the USA? Click here.

Larnach Castle is often referred to as New Zealand’s only castle. In fact, the 25-room Gothic building is an historic house, also called a mock castle. It’s located on the ridge of the Otago Peninsula near Dunedin. Larnach Castle has a magnificent view: you can even see the Pacific Ocean from here! But, this was […]
The breathtaking medieval Burg Eltz, or Eltz Castle, can be found in the hills of the German town Wierschem, between Koblenz and Trier. Burg Eltz is one of the few castles in the area that was never destroyed during a siege and it can be visited today. This castle used to be the home of […]
We have seen mummies before on this page, but in the Philippines there are very special mummies. These mummies can be found in the Timbak Caves. These differ from the ones we’ve seen before. Especially the way they were conserved is unique. Not a haunted or creepy place this time, but a pretty interesting one. […]
North of the Yangtze River, on Ming Mountain in the Chinese province of Chongqing, you’ll find Fengdu, Ghost City. This city is one large collection of temples, memorials and monasteries. And they are all about life after death. But, why was it built? And for who? Let’s take a closer look.  The history of Fengdu […]