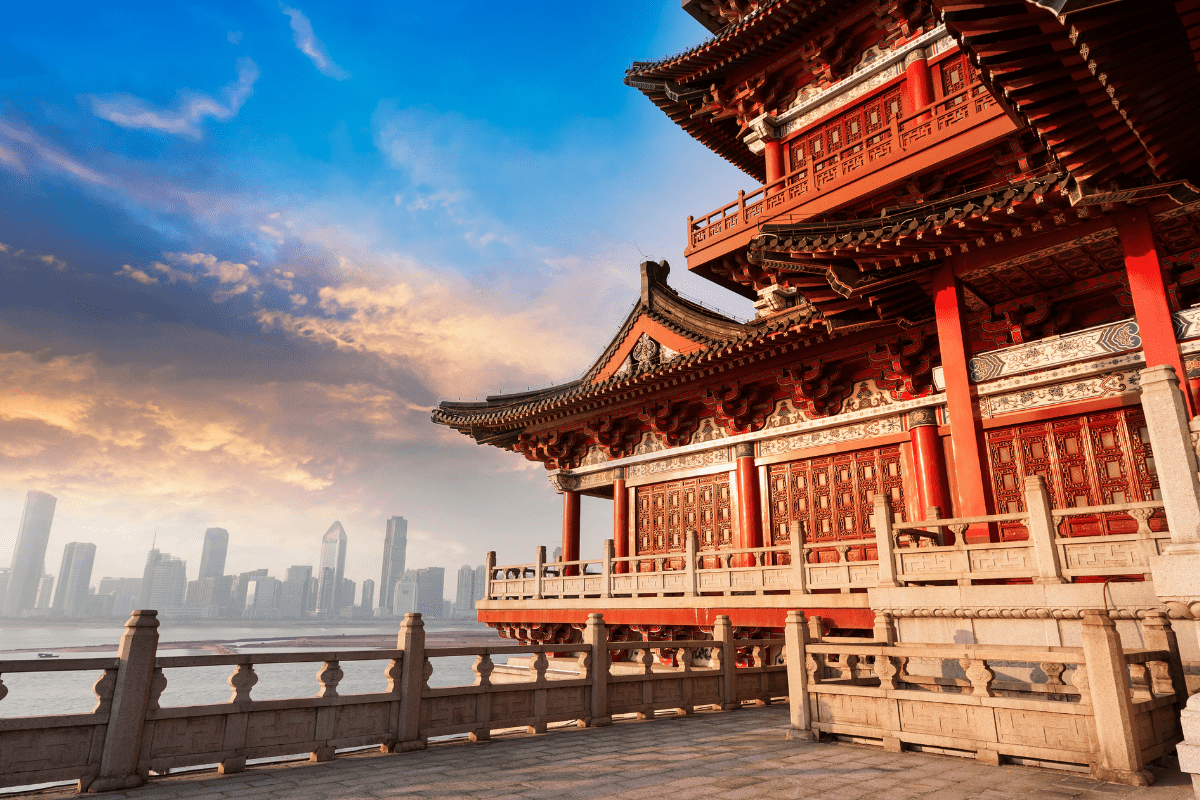 If you ever visited the Chinese city Beijing, there’s a big chance you’ve visited the Forbidden City. This huge palace complex is one of the tourist highlights of Beijing and it’s home to many national treasures. What many tourists don’t know about is the dark history. Intrigues and scandals had happened on a daily basis and many have lost their lives within the walls. Is this the reason why the palace closes before sundown?

The history of the Forbidden City

The Forbidden City was constructed between 1406 and 1420 and was first home to Emperor Yongle. It is a huge complex (720,000 m2 / 180 acres) and consists of 980 buildings. The Forbidden City is protected by a 10 meter high wall which is 3,2 km long (2 miles). It was first named the Purple Forbidden City (Zijin Cheng: Zi = purple, Jin = forbidden and Cheng = city). The purple stood for the Heavenly North Star. The city is forbidden because ordinary people were not allowed to enter. And once inside, you weren’t allowed to leave.

In ancient times, the emperor was said to be a son of Heaven, giving him Heaven’s supreme power. The Forbidden City was home to 24 emperors, 14 of the Ming dynasty and 10 of the Qing dynasty. The last emperor was Emperor Puyi, who was permitted to live in the Palace after his abdication. He secretly left the Forbidden City (and Beijing) in 1924.

The Emperors of China

The Forbidden City was the imperial palace for 492 years. The Ming Dynasty lasted from 1420 to 1644. In April 1644, it was captured by rebel forces led by Li Zicheng. He proclaimed himself emperor of the Shun dynasty. Li Zicheng couldn’t enjoy his power for long: he was forced to flee before the combined armies of the former Ming general (Wu Sangui) and Manchu forces entered the gates. He did set fire to parts of the Forbidden City in the process. After this, the young Emperor Shunzhi was proclaimed ruler of China under the Qing dynasty.

The Palace Museum was established in 1925, right after the last Emperor had left the palace. The National Palace was the place where all the national treasures were kept. A lot of these treasures had to be evacuated to Taiwan when Japan invaded China in 1931. A large part of these artifacts were returned to the museum after WWII, but a small (but important) collection stayed behind in Taiwan, where it can now be seen in the National Museum of Taipei.

The first emperor to live in the Forbidden City, Emperor Yongle, was a much feared ruler. He led a scandalous life full of pleasure and lust. When Beijing was visited by several high foreign dignitaries, he had to get rid of his enormous harem. So, one horrific night in 1421, the emperor ordered his soldiers to kill nearly 3,000 people connected to his harem. By exterminating all signs of it, Yongle hoped to keep his secret safe. That night, the polished floors were flooded with blood. Girls as young as 12 or 13 were brutally ripped apart. The eunuchs and servants who watched over his so-called concubines were also slaughtered. Some were decapitated, others hacked to pieces.

A few women, who were the emperor’s favorites, were spared. Favorite concubines became women of wealth who were given special benefits. One of these women was Lady Cui. She was the daughter of a Korean government official and was brought to The Forbidden City at the age of 14. Lady Cui was first brought to the palace in Nanjing, to be taught the art of lovemaking. She kept a diary in which she described the bloody events and her diary was later discovered.

Lady Cui outlived the emperor, but this also meant the end of her. On the day the emperor was buried, she and 15 other favorite women were executed. That was the dying wish of Emperor Yongle. They were taken to a hall in the Forbidden City and hung from a noose made of white silk. She was only 30 years old.

Emperor Yongle’s son Emperor Hongxi, planned to move the court back to Nanjing. He never got to act on his plan because he suddenly died less than a year later. This caused many people to believe the Forbidden City was cursed.

The ghosts of the Forbidden City

The palace closes well before nightfall, because that is when the ghosts appear. But, the daytime doesn’t keep the ghosts away, either. Some visitors say they feel sad and have the sense of great loss when they visit the Forbidden City. Visitors have reported seeing the ghost of a white lady with black hair who’s trying to outrun a soldier who is chasing her. Screaming, crying and the sounds of clashing swords have been heard. There are also claims of piles of phantom bodies on the polished floors. Last but not least, people have seen orbs and pools of blood. Pieces of white silk have been seen floating through the air.

The Forbidden City is a very popular tourist attraction which is visited by up to 8,000 people each day. Of course, now with Covid-19 the rules are different. Make sure to be informed before you go. But, if you are in Beijing, this really is a must-visit!

Do you want to read more stories about haunted places in Asia? Click here!