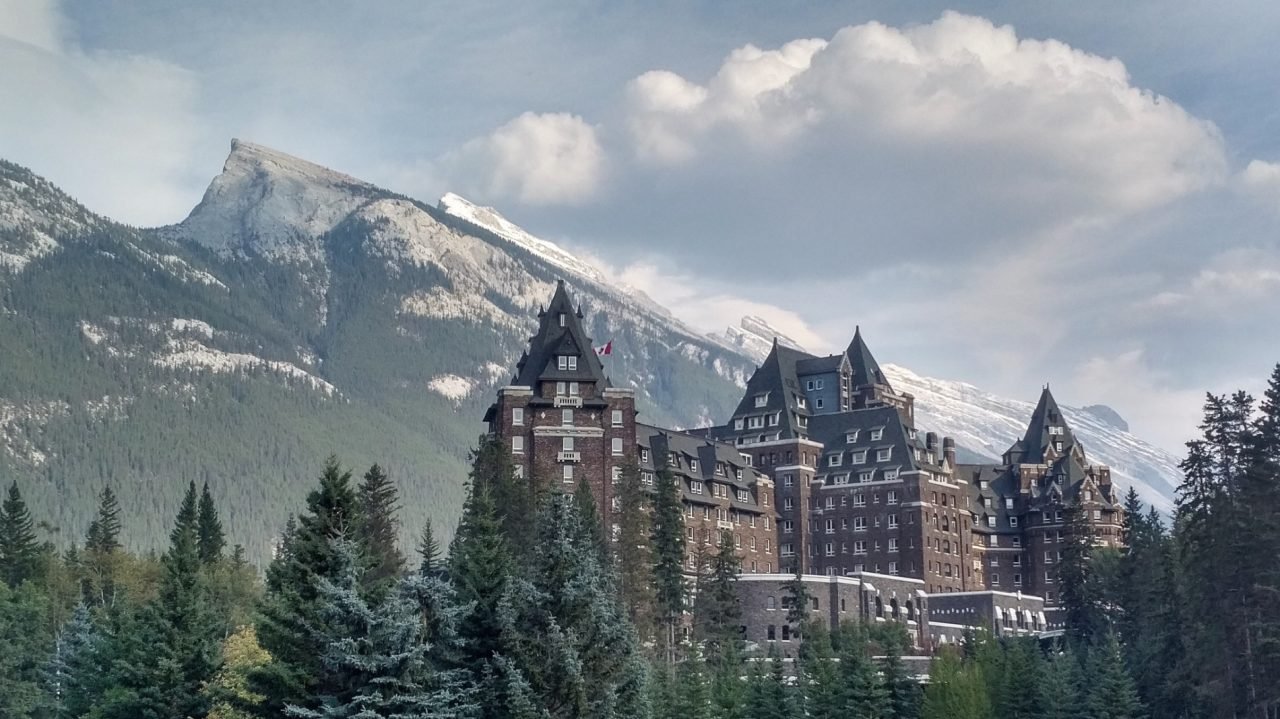 The history of the Fairmont Banff Springs Hotel

The hotel opened its suites in 1888 by the Canadian Pacific Railway as one of the earliest grand railway hotels in Canada. Its original structure was made of wood and designed by Bruce Price. Unfortunately, a fire destroyed the original structure in 1926. The Fairmont Banff Springs Hotel was rebuilt in 1928 and because it resembles a castle, its often nicknamed “The Castle”. It’s a year-round luxury mountain resort that offers golf courses in summer and skiing in winter. The hotel includes 757 guest rooms and suites, event spaces for conferences and weddings, several dining rooms, a grand ballroom, a spa and a terrace garden.

The beauty and luxury of the hotel didn’t stay unnoticed. Many celebrities have spent some nights at the hotel as well as King George VI and Queen Elizabeth II. They visited the hotel during their 1939 royal tour of Canada. Perhaps they have encountered one of the ghostly residents during their stay.

The ghosts of the Fairmont Banff Springs Hotel

There are several ghosts that haunt this beautiful historic hotel. There are also some haunted rooms. The haunting in one room were disturbing it was closed off from the public. I have your attention now, haven’t I?

Probably the most famous ghost at the Fairmont Banff Springs Hotel is that of the Ghost Bride. She’s even been featured on her own coin and stamp. Her story dates to the late 1920’s. On her wedding day, the bride descended from the grand marble stairs at the hotel, on her way to the most beautiful day of her life. But that day ended tragically. Her gown must have caught fire (there were candles on the stairs) during her walk. She got startled, her foot got stuck in the dress and she fell to her death. Ever since, staff and guests have reported seeing a veiled figure moving up and down the stairs. She’s also been seen dancing in her wedding dress in the ballroom.

Sam McCauley was an old Scottish man who worked at the hotel as head bellman in the 60’s and 70’s. He passed away in 1975 but has continued coming to work ever since. Sam is a very helpful ghost, very cheerly and he’s also very much alive looking. He’s helped many, both staff and guests, over the years but one incident really stands out. In this incident, two elderly women called the desk for assistance after they had a malfunctioning room key. The regular bellman was occupied and didn’t respond immediately. But, by the time he did arrive at the room, the women said it had already been taken care of by the other bellman. The confused bellman asked them what the man had looked like and they gave an exact description of Sam McCauley. Sam also haunts his former office, which is now a guestroom on the mezzanine floor.

Guests have reported having pillows yanked from under their heads while sleeping in room 692. Some have even been pushed out of bed by an unseen force. Who haunts this room is unknown, but it’s haunted alright!

Due to some very heavy paranormal activity in room 873, the hotel management decided to shut the entire room down. It was walled up and thus no longer accessible. According to the legend, an entire family was murdered here. The father of the family killed his wife and daughter before taking his own life. Guests who did spend the night in this room reported having been awakened by bloodcurdling screams. When they turned on the lights, bloody handprints appeared all over the mirror.

Other ghosts of the Fairmont Banff Springs Hotel

There’s also the apparition of a bartender who has been seen by staff and guests. If a guest had a little too much to drink, he’ll advise the guest to go to bed. Also, a headless musician has been seen playing the bagpipes. People have also seen apparitions and felt cold spots on the 6th, 7th and 9th floor of the hotel.

The hotel is a great place to stay while travelling through Canada. The view is truly breathtaking and it’s a great location for hikes, playing tennis, swimming and bike riding. And perhaps you’ll encounter the friendly spirit of Sam the bellman or see the poor bride dancing all by herself in the ballroom.