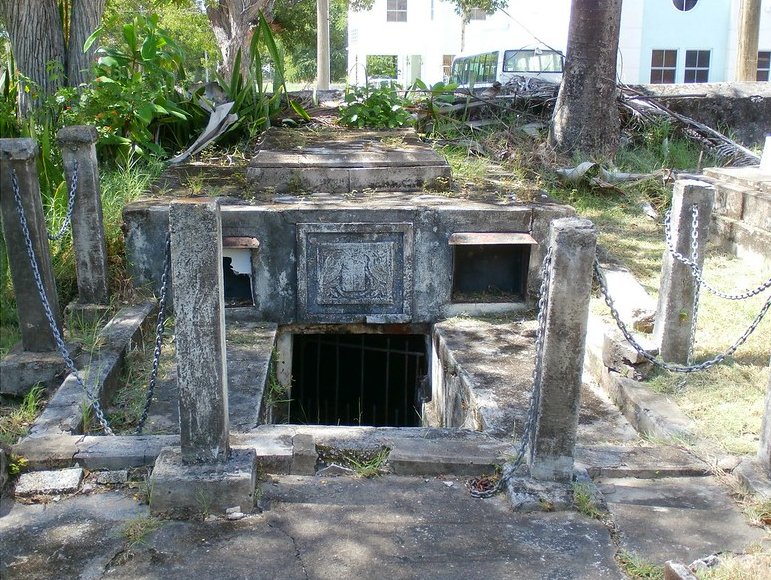 Christ Church Cemetery in Oistins, Barbados, was the site for a string of unusual events in the early 19th century. The mysterious events all seemed to evolve around one vault. The Chase Vault. The tomb belonged to the Chase family, a rich family with at the head Colonel Thomas Chase, a man so vicious, that his slaves threatened to kill him.

Colonel Chase purchased a large crypt in the Christ Church Cemetery in the early 1800’s. The Chase family was a wealthy family. They owned several slaves. Colonel Chase was a harsh man and he mistreated his slaves. Some had even threatened to kill him. The following events were blamed on his slaves to begin with. But, were they the ones causing the chaos?

Burials in the Chase Vault 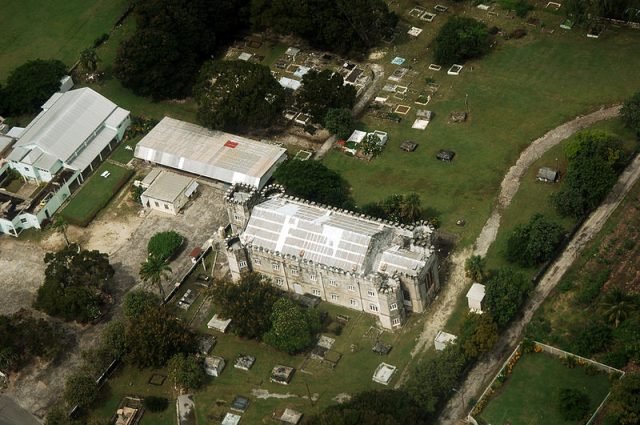 Colonel Thomas Chase himself died in August of that same year, possibly by suicide. He was placed in the vault inside a metal coffin, so heavy it took several men to carry it. When the vault was opened to place the colonel in it, it was noticed that Mary’s heavy casket had moved from its original spot. Not much attention was given to this. It was believed that someone on the island had moved it. The casket was returned back on its original spot and the door to the vault was once again sealed.

Complete chaos inside the vault

In 1816, two more burials took place inside the Chase Vault and again the coffins, even Colonel Chase’s heavy coffin, had moved. Now people started to worry. The seal of the vault had not been broken and people noticed that horses freaked out near the vault. A woman, who had visited another grave at the Christ Church Cemetery, claimed she had heard terrifying sounds coming from the Chase Vault as she passed it.

In July 1819, another relative was buried inside the vault. Once again, the coffins had all been moved around the vault. None of the coffins were in the original spot. The caskets were returned to their own spots again and the vault was sealed off. This time, the governor put impressions of his signet ring into the wet cement. This to ensure that once the seal was broken again, it would be noticed straight away. The people still believed someone broke into the vault and moved the coffins. Probably someone who still had a bone to pick with the family. Also, sand was spilled on the floor to capture whoever was playing tricks on the family. 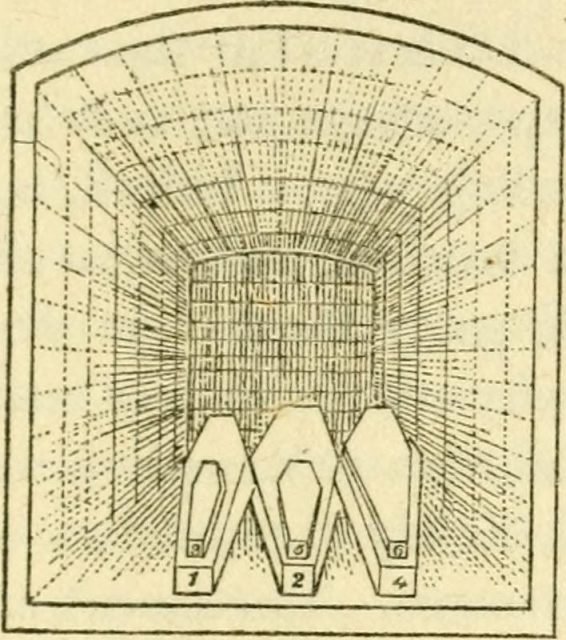 In April 1820, the tomb was opened for the final time. The signet ring’s marks were still clearly seen in the cement. No one had opened the vault from the outside. The sealed door leading to the vault was the only way in. The men clearly had trouble opening the vault’s door. It was as if something heavy was blocking it. When the door was finally open, it became clear that the colonel’s coffin was the thing blocking the door! All the other caskets were scattered around the vault.

The governor had enough. He had all the coffins removed from the vault and reburied in different locations of the Christ Church Cemetery. The Chase vault has been empty ever since. Of course, people started looking for explanations. There had been several earthquakes, but none of the other vaults had been disturbed. There had also been occasional floodings, but no cracks were discovered in the vault and the metal coffins were too heavy to float.

The movement of the coffins inside the Chase vault are still a mystery. What do you think happened?