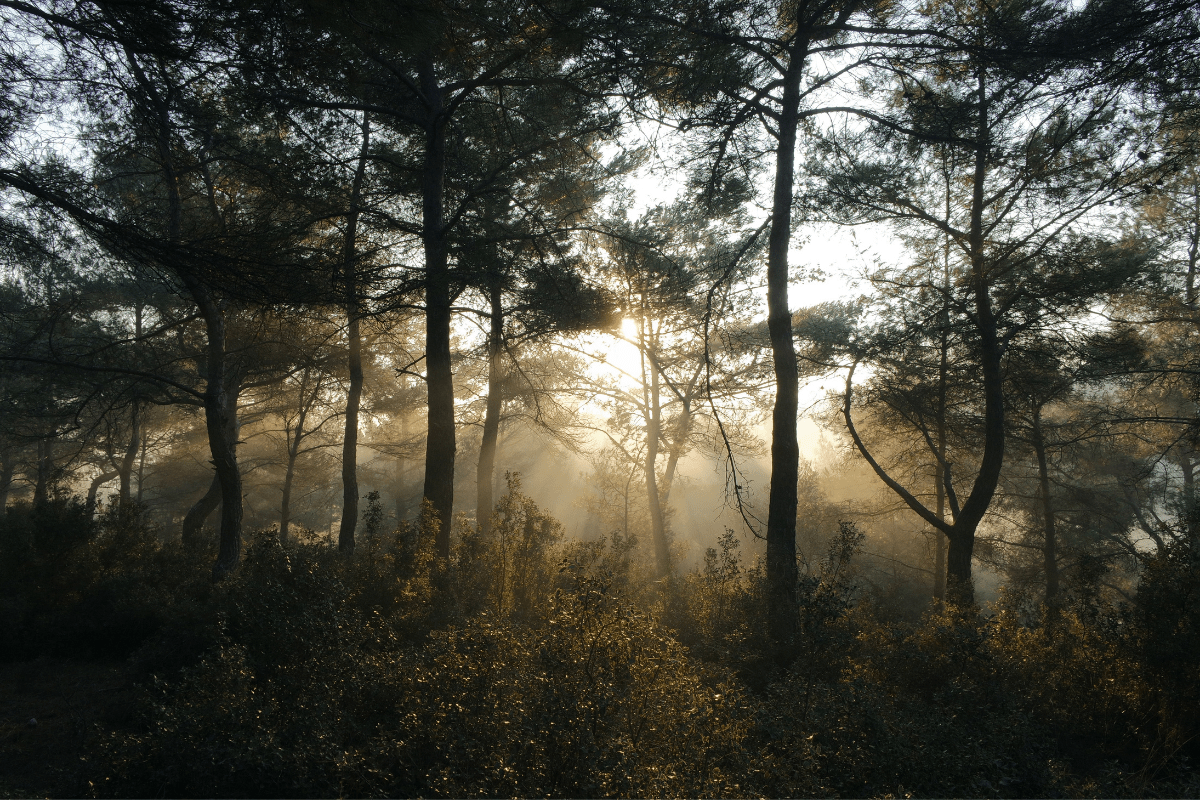 The Black Forest (Schwarzwald in German) is a large, dense forested mountain range in the southwest German state of Baden-Württemberg. The forest is bounded by the Rhine Valley to the west and the south. The name Back Forest was given to the area by the Romans. The vegetation was so thick, the sun wasn’t able to reach the forest floor. It was also a much-loved place for inspiration for the Grimm Brothers.

The history of The Black Forest

The Black Forest was probably formed in the Triassic and Jurassic periods. It’s about 6,009 km2 large (2,320 sq mi) and its highest peak is the Feldberg which is 1,493 m (4,898 ft) high. In ancient times, the forest was known as Abnoba Mons, after the Celtic deity Abnoba. In Roman times it was called Silva Marciana, which means Black Forest. The forest was used for the wood industry and heavy mining, but now it’s one of Germany’s main places of recreation. It provides more than 300,000 jobs in the tourist industry. It’s a great place for all kinds of sports: hiking, mountain biking, skiing and water recreation. The area features several ruins of historic military fortifications, monasteries and castles.

Originally, the Black Forest was a mixed forest, but in the middle of the 19th century it was almost completely deforested. Intensive forestry was the cause of this. Large areas were replanted, mostly with spruce monocultures. In 1990, the forest was damaged by a series of storms. On December 26 1999, Hurricane Lothar raged through The Black Forest. The effects of the storm are still seen in the forest. Like the Lothar Path, a forest educational and adventure trail. You can find this at the nature center in Rühestein. Several areas where the storms hit were left to nature. In some parts the mixed forest has returned.

There are some special animal species that can only be found in The Black Forest. Examples are: the Black Forest cattle, the Lumbricus Badensis (a giant earthworm), the rare Black Forest horse (a strong draft horse) and the endangered Western capercaillie (bird).

The Black Forest isn’t really haunted, but there are tales and legends that can be quite creepy. There are tales of a headless horseman riding his great white steed through the dense forest. There are stories of a forest king who kidnaps women to take them to his underwater lair where he lives among the nymphs. And after dark, the friendly dwarves and lurking werewolves appear.

As you know, historic fairytales are not for the faint hearted. Their purpose was to teach children hard lessons, not to entertain them. The darkness of the forest must have inspired the Brothers Grimm. The fairytale of Hansel and Gretel as well as the Gänsemagd (the Goose Girl) were inspired by this forest. Both fairytales have pretty gruesome parts, like a child-eating witch who was cooked in her own oven and a betraying maid who was exposed and eventually rolled through the city in a spiked barrel. Good night, sweet children.

Perhaps the most scary creature living in The Black Forest is Der Grossmann (the tall man). This disfigured man with bulging eyes and his many arms is similar to Slender Man. Even though Slender Man has no facial features. Der Grossmann was derived from woodcuts carved by an unknown artist in the 16th century. Bad children would be sent off to the forest where Der Grossmann would stalk them until they confessed their wrongdoings to a parent.

The Black Forest is the perfect place for a holiday or a happy day in nature. It’s a great place for history lovers, nature lovers and recreation. But, stay away from the woods when the night falls!

Do you want to read more stories about haunted forests? Click here!