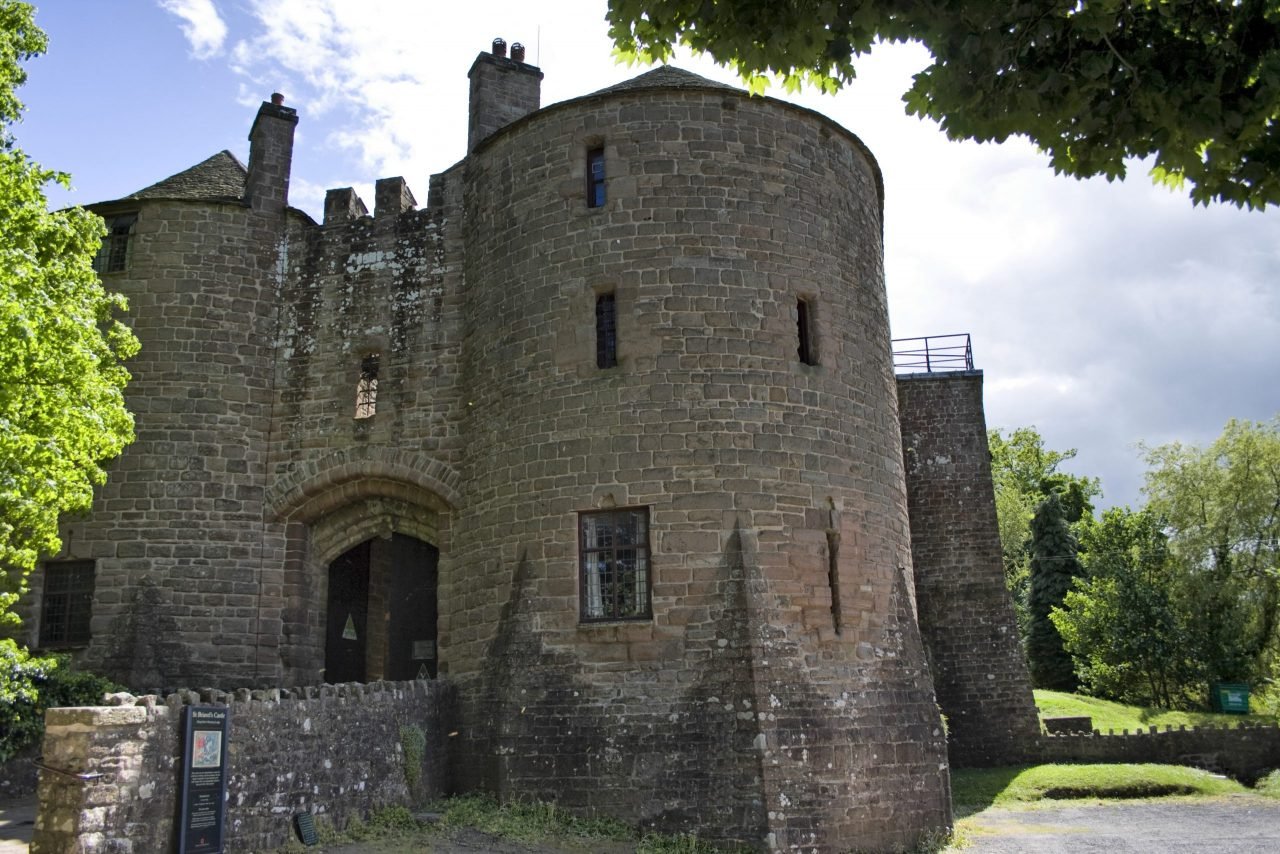 In Lydney, a town in the English county Gloucestershire, you can find the small, though imposing St. Briavels Castle. This castle was built somewhere near the year 1100 and has had many owners and purposes. Even King John and King Edward I have used it, but that isn’t what makes this castle so special. Almost everybody leaves St. Briavels Castle with a paranormal experience.

The history of St. Briavels Castle

St. Briavels Castle was built to become the administration office for the sub municipality The Forest of Dean. It was never used as a defense castle, even though it has fortified features. King John (1167 – 1216) used St. Briavels as a base for hunting in the early 13th century. After his death, the castle was turned into a factory where iron bolts were made which were used in crossbows. King Edward I needed these bolts for his crusades. He wanted to protect his arsenal and installed the two massive twin-towered gatehouse in 1292.

In the 14th and 15th century, the castle had multiple owners. It was even forgotten for quite some time and left to decay. In the 18th and 19th century, the castle was re-discovered and became a prison. King John’s former bedroom, The Solar Room, was used as court room. One can still find a stone at the castle which shows marks of swords and axes. Yes, this stone was used to relieve people of their heads. The prison was closed due to many local riots. In the 20th century, the castle was completely renovated. In 1948, St. Briavels took on its new and current function: that of a youth hostel.

The ghosts of St. Briavels Castle

St. Briavels Castle is very haunted. There have been claims of ghostly activity in almost every room. You’d have to be quite brave to spend the night here.

The Solar Room and the Castle Keep Area

The former bedroom of King John, The Solar Room, is haunted by a crying baby. During the renovation of the ceiling a mummified baby wrapped in a piece of cloth dropped down. No one knows whose baby this was and why it was hidden here. The child was given a proper funeral, but the crying never stopped. In the Castle Keep area, a fully harnessed knight is seen. The knight seems very real and has been mistaken for entertainment because of this. He doesn’t mean any harm. All he does is standing in the corner of the room and staring at you. His harness glitters when moonlight hits it and he disappears within the blink of eye.

The Hanging Room and the Prison Room

Strange noises, like rolling marbles, muttering, humming and crashing sounds are heard in The Hanging Room. This used to be the place where prisoners would spend their last hours before being put to death. All those emotions seem to have been sucked into its walls. A big, black mass is often seen at the door and some people claim being pushed in this room. There are also claims of people who have felt unseen hands around their throats. The Prison Room is no better. A real poltergeist is active here. Furniture moves across significant distances when no one is around. Footsteps and voices are heard, and people get grabbed by invisible hands. Sometimes a terrifying growl is heard. The growl might come from a huge black ghost dog that roams this part of the castle.

The Chaplains Room and The Constables Room

Several dark figures have been seen at The Chaplains Room and there are reports of them blocking the door, which is the only way out of the room. People also see strange flashes of light and big orbs here. People say they are being touched when they’re in the room by themselves. The beds often move, and people see the bed sheets wrinkle as if somebody’s sitting on the edge of it. Many people experience feeling dizzy at The Constables Room and even feel as if they’re being choked. Strange rustling sounds are heard and there are complaints of a sudden putrid smell. The door to this room opened so violently once that it flew out of its hinges. The beds in this room tend to vibrate from time to time.

The Oubliette Room thanks its name because an oubliette was found under the rug in this room. An Oubliette (French) is a small dungeon in the ground where prisoners would be thrown into. To “oublier” means to “forget” and this was exactly what happened to the prisoners down there: they were simply forgotten. An oubliette is quite deep, so one would break a bone or two. No water nor food was given, so the person would die a slow and painful death. In this room sits a bed which is nicknamed “The Scary Bed”. People have been roughly shaken in it and bedsheets have been pulled off violently. Some have also been startled in the middle of the night by a woman who screams bloodcurdling next to them.

The State Apartment and Porters Lodge

The State Apartment is the Castles oldest part, which is divided in multiple, smaller areas. Reports of scratching sounds and sounds of footsteps are claimed numerous times. Not to mention the loud bagging on the walls. These sounds are probably caused by the ghost of a young girl that is often seen wearing a white dress. Violin music is also heard frequently when nobody is around as well as arguing disembodied voices. The Porters Lodge is located behind the kitchen. A gentleman once claimed that he was pinned down on his bed. A dark, misty figure has been seen standing next to the fireplace and near the doorway. Dragging sounds are a common phenomenon here as well as a crying child.

The castle is open to the public and you can spend the night. Perhaps it’s a good idea to book your room here while you visit to other haunted locations in Gloucestershire: The Ancient Ram Inn and the Woodchester Mansion. The surroundings of the castle are beautiful for it’s situated in the woods. Like this castle there’s not many others, but the question is if you’re brave enough to spend a night here. In “The Scary Bed” for instance…