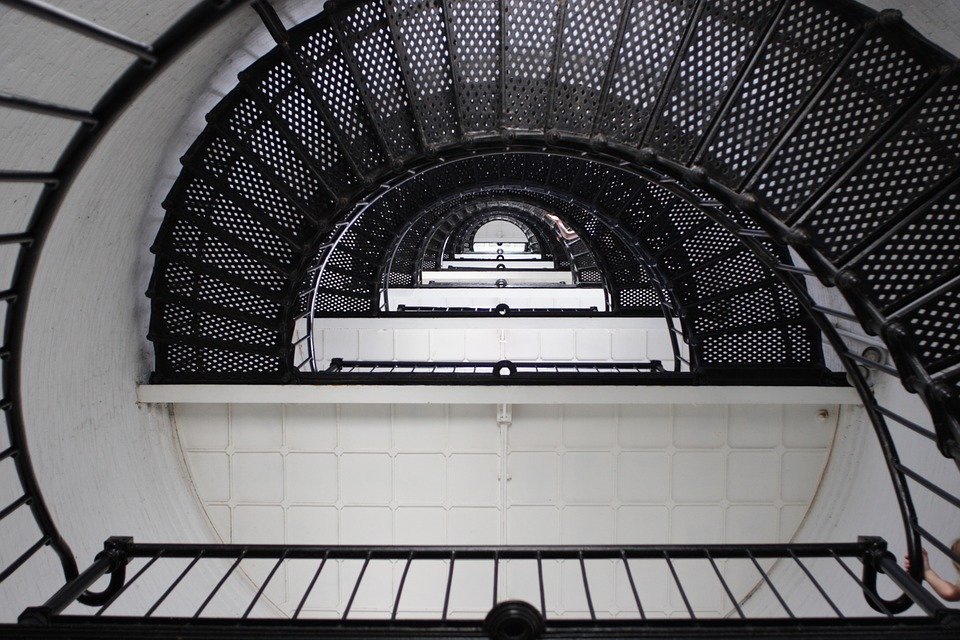 In the sunny state of Florida, in the city of St. Augustine, you can find the still operating St. Augustine Lighthouse. Today, the lighthouse is a museum where tourists and students can learn about its history on a daily basis. But don’t forget to also book the ghost tour when you visit, because this lighthouse is very much haunted.

The history of the St. Augustine Lighthouse

St. Augustine Lighthouse is located on the most northern point of Anastasia Island and was built in 1874. This lighthouse replaced the original one. The first one was built in 1824 and was running on oil. The lighthouse keeper had his hands full on keeping the fire, and thus the light, running. In 1855, this was replaced by a huge lamp with silver reflection shields. During the American Civil War (1861 – 1865), the harbor master and the lighthouse keeper hid the lens. By doing this, they blocked the shipping route that the Union (Northern) soldiers used. The location of the lens was soon discovered when the harbor master was taken hostage and was forced to reveal its hiding place.

Swallowed by the sea

Along the 1350 mile (2.173 km) Florida coastline, there are 30 more lighthouses, but none of them is as haunted as the St. Augustine Lighthouse. Most ghost stories date back from the time the old lighthouse was still operating, but the new one is haunted as well. Television shows like “Ghost Hunters” and “Ghost Adventures” investigated here. Apart from the normal day tours, the museum also provides a “Dark of the Moon” tour and organizes special ghost themed events.

The first owner of the original lighthouse was Dr. Allan Ballard. He refused to believe the Lighthouse was on the verge of being swallowed by the sea. He declined a financial offer from the State to leave the lighthouse. Meanwhile, the construction of the new lighthouse already started, and the money offered to him got less and less. Ballard swore he’d never leave his beloved place. And he kept his word. His ghost is still seen near the spot where the old lighthouse was located.

The most appealing ghosts of the St. Augustine Lighthouse are those of Eliza (13) and Mary (15). They were Hezekiah Pity’s daughters. Hezekiah was hired to help construct the new lighthouse. When Eliza and Mary were playing with a cart used for the transport of materials in 1873, the cart suddenly broke loose. The cart fell off the cliff, dragging the girls along in its fall. They drowned in the wild sea. People can still hear their laughter.

Mary, the oldest of the girls, is seen most often. She wears a blue velvet dress and matching ribbon in her hair. They are well known for playing tricks on people. On the stairwell, they like pulling people that are on their way down back up, pulling people’s hair and playing with the glow-in-the-dark sticks that are included in the ghost tour. Unfortunately, their pranks sometimes cause people to fall down the stairs and as a result, some people get hurt.

Other ghosts in the St. Augustine Lighthouse

In case of a storm, a woman dressed in white in the company of a small girl are seen on top of the tower. Volunteers find doors that are opened, while no alarm has gone off. According to the lady who sells the tickets, the lighthouse keeper’s cottage is most haunted. Researchers from “Ghost Hunters” agree on this. The ghosts even chased away a former keeper by scaring him with footsteps, voices and lights that went on and off constantly.

They probably didn’t like the man that much. A father and child are often seen on the stairs of the lighthouse. A man who hung himself on the porch still haunts this area. A negative presence is sensed there. Sometimes people feel oppressed when they are in the basement. A man is often seen here who passes visitors without even giving them a glance.

Sometimes sounds as if a bucket is picked up and placed on the floor time and time again is heard. Moaning is heard in the stairwell and a creepy shadow figure was seen here. Ghost Hunters got a clear EVP from a lady who screamed “help me!”.

In spite of (or perhaps because of) all the ghost stories, the lighthouse museum is visited by 190.000 people each year. Among them there are 54.000 students. You can learn all about historical and archeological findings, even from WWII. Isn’t this an amazing place? of course, due to the Corona pandamic, make sure to plan your trip before you go.