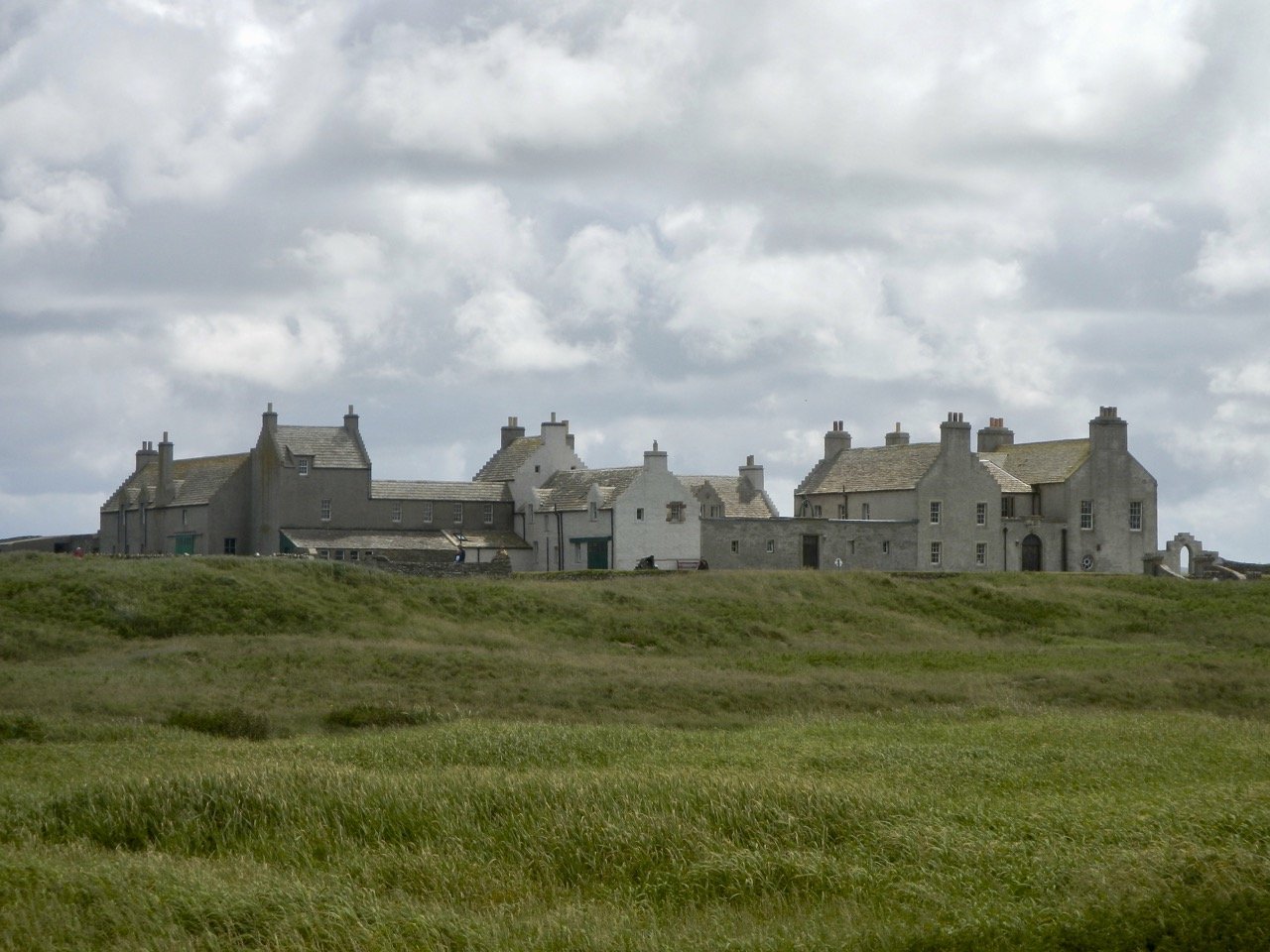 Skaill House is a historic manor house which is located on Mainland, the largest of the Orkney Islands, Scotland. The remote location and some interesting archeological findings make this house interesting. But there have been some creepy findings as well. Is that the reason why this remote manor house is so haunted?

The history of Skaill House

Robert Steward, Earl of Orkney, owned the estate where later Skaill House was built. When his notorious son, Patrick Steward, 2nd Earl of Orkney, was tried and executed for treason in 1615, the lands were given to Bishop George Graham. He constructed a simple manor in 1620 on the estate which was the first part of what is now known as Skaill House. The name “Skaill” derives from the Old Norse word for “hall”. This language is originating from the Vikings and their descendants. More evidence of Vikings living in the area was found. Most of the farmsteads north and south of the Bay of Skaill have Norse names.

Bishop Graham was a friendly and generous man, but he was also mild towards witchcraft, adultery and even incest. So, the bishop had to leave in 1638. After him, several lairds lived in the manor. Over the years, the building expanded. When the 12th Laird inherited the manor in 1991, he decided to renovate the house and open it to the public. Skaill House was included on the list of Scottish Buildings of Special Architectural or Historic Interest in 1977.

The Norse were not the first occupants of the area. When a storm hit Orkney in 1850, (which was not very uncommon because of the geographical location) William Graham Watt, 7th Laird of Skaill House, made a huge discovery. The storm had uncovered a complete Neolithic Village. This stone-built settlement was roughly occupied from 3180 BC to about 2500 BC. This makes it even older than Stonehenge and the Great Egypt Pyramids. The site was called Skara Brae and was nicknamed “Scotland’s Pompeii” because of its excellent preservation.

After the 12th Laird of Breckness, major Malcolm Macrae, inherited the house he carefully started to renovate it. When he started to replace the floorboards under a room in the south wing, he stumbled upon human remains. After the first shock, more of the area was excavated and at least 15 more skeletons were found. Radiocarbon dating showed these bones were most likely Pictish. Pictish people were a confederation of Celtic-speaking people who lived during the late British Iron Age and Early Medieval period. So, the south wing of Skaill House was built upon a pre-Viking burial ground! Because the bones had been there so long, they were carefully put back where they were found.

The ghosts of Skaill House

You probably now think the house is infested with prehistoric ghosts, but it’s not. It is haunted alright, but the ghosts don’t date back that far.

When major Malcolm Macrae was in the house with his dog, he suddenly heard footsteps in the corridor. His dog started scratching and whining at the door, before hiding itself under the bed. The major opened the door, expecting to find an intruder, but there was no one there. This incident happened again not much later when a relative of the major visited the house. The footsteps were heard again and again, the dog was terrified. The relative shrugged and told the major this was probably the ghost of Ubby.

Ubby was a man who wanted to build a mini island in Skaill Loch by piling up rocks in the lake. He sailed out with his little boat time and time again throwing rocks in the same area. His small, rocky island can still be seen in Skaill Loch. Ubby died during one of his voyages, but somehow chose Skaill House as his eternal mansion. One thing is for sure, dogs don’t like Ubby. A visitor had his dog along and the dog started growling and howling like he never did before. I guess Ubby was not a dog-lover in life.

The Main House has its own ghostly resident. Many visitors and members of the staff saw him. This tall man has dark hair which is going thin on the top. A visitor claims to have even spoken to him. She saw the man standing in the Gun Room and assumed he was a staff member. So, she asked him a question about the house. Later she found out there were no male staff members working that day.

One visitor claims to have felt another person sitting on the corner of his bed. He nearly dozed off, but the sensation made him jump out of the bed. Almost as quickly as the ghost appeared, it disappeared again. There was no one at the house at that time.

One early Summer morning, the cleaners were outside in the courtyard when one of them looked up at the house and saw a woman standing inside one of the apartments. She was wearing a shawl over her head. He didn’t think anything strange of it then, but when he learned all guests had checked out early that morning and no one was present at the time, he knew he had seen a ghost.

There have been many strange sounds, doors opening and closing by themselves and people also smell strange things. The major once was in the attic office when he suddenly smelled the fresh smell of cigarette smoke. He looked everywhere but the source of the smell was never found. One thing is for sure, the ghosts of Skaill House are friendly ghosts who mean no harm.

Skaill House is open to the public from April until November each year. When you buy a ticket for Skara Brae you’ll automatically have access to Skaill House. Children can explore the house while on a Viking Hunt. If you like history, ghosts and archeology, then this is the place to be!

Do you want to read more stories about haunted mansions? Click here!