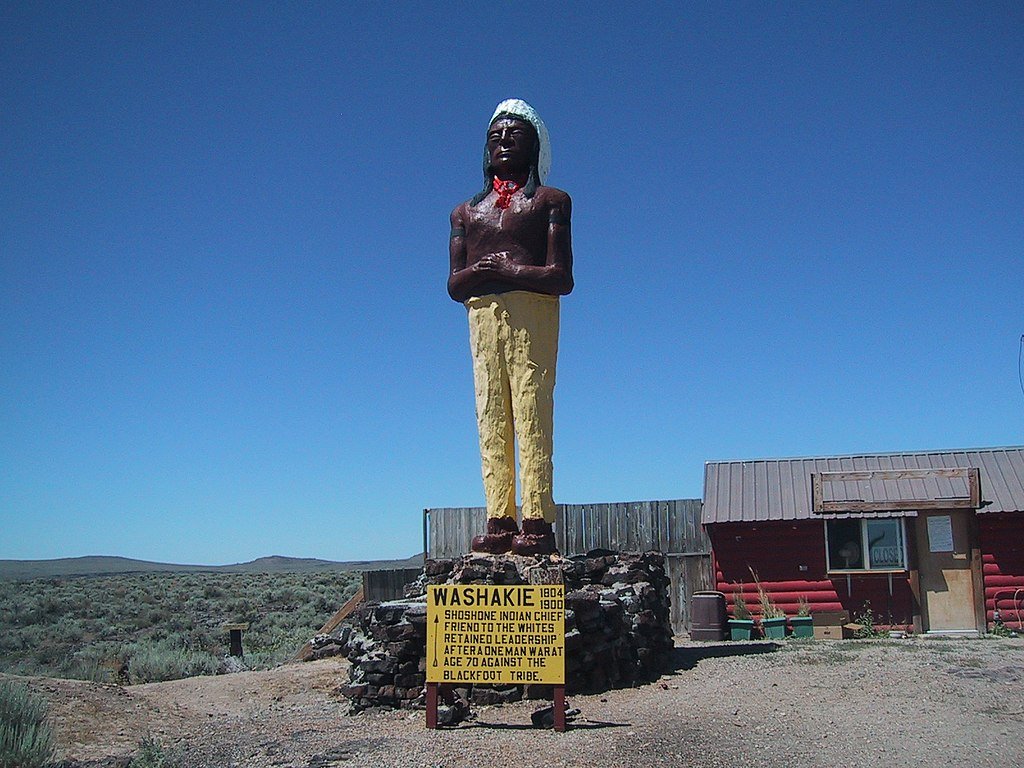 The Shoshone Ice Caves in Southern Idaho near the Shoshone Twin Falls, are a much-loved tourist attraction. Nothing out of the ordinary is seen above ground, but the secret lies beneath your feet. The caves have a year-round constant icy temperature, even during the hot Idaho Summers. But someone has been trapped in the ice for centuries…

The ice caves were formed by underground eruptions and are part of the Black Butte Crater Lava Field. A young boy who was looking for his lost goat discovered the Shoshone Ice Caves by accident in the 1880’s. The find was perfect for the area: cold beer all year round! And ice skaters have even used the caves for training for the Olympics! In the 1940’s the caves were nearly ruined. People wanted the ice, so they started collecting it. Several entry points were made and warm air was able to flow in. The ice started to melt and had almost disappeared completely. In the 1950’s, a man named Russell Robinson bought the caves. He had a plan to restore the caves back to what they were. His plan succeeded and the ice returned.

What makes the Shoshone Caves so special

To be honest, there are much more interesting caves in the world. The Mammoth Cave, for instance, which is haunted. Or what did you think of the Waitomo Glowworm Caves in Australia? But, the Shoshone Ice Caves are a natural wonder, as well. The cave is a 1,000 ft long, almost straight lava tube. Temperatures between 24 and 32 degrees all year (between -7 and 0,5 degrees Celsius) turn the air that flows through the tunnel into ice. Visitors of the cave walk a wooden bridge that’s built over the solid ice floor. Take a warm sweater with you when you visit and don’t let the ghosts get to you.

The ghosts of the Shoshone Ice Caves

The caves are rumored to be haunted. Staff and visitors claim to have heard voices coming from the cave and heavy footsteps have been heard when no one else is around. Is it the ghost of the cave bear that once allegedly lived there? Or is it the ghost of the Indian princess, who was buried here centuries ago?

Centuries ago, this area was inhabited by the native Shoshone Indians. One day, their beloved princess Edahow died. The caves were sacred to the Indians and they decided to bury her remains in the ice, where she would remain forever. Legend says that Princess Edahow wants to be freed from her icy coffin. She whispers to visitors, hoping they will set her free. People claim to have seen shadow figures behind the walls of ice. Perhaps the princess wasn’t the only one buried in the ice.

When you visit this part of Idaho, make sure to visit the ice caves. But, the Twin Falls and the Craters of the Moon Natural Reserve are well worth the visit, too. And all near each other. Current owners Shane Wallace and Shelly Adamson have really done a great job turning it into more than just the caves. The stories the tour guides tell are very detailed and good. A tour lasts about 30 to 40 minutes. The problem is, that it never gets silent enough to actually hear the voices and footsteps. Oh, and cave bears never existed in the USA, only in Europe. But, that doesn’t mean this place isn’t full of mystery!