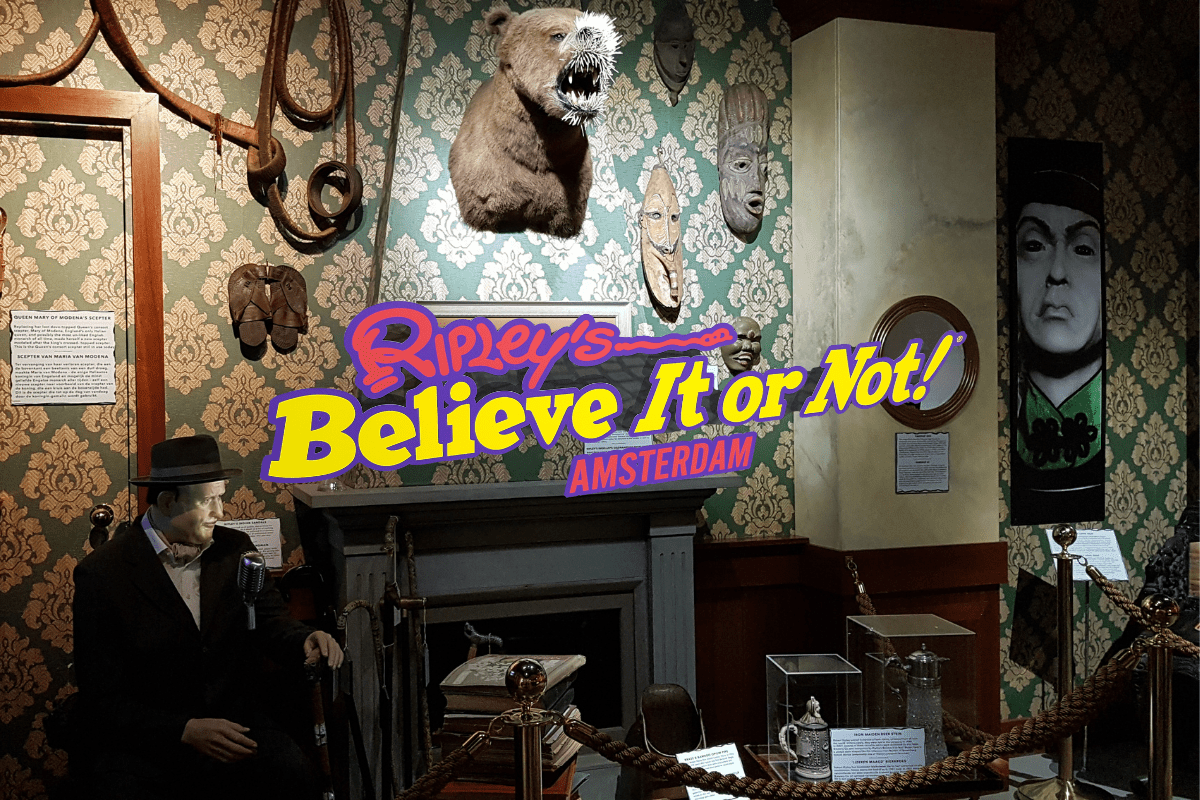 Ripleys Believe it or Not! in Amsterdam

When everything finally started to open up again after the third Corona wave, my son and I went to Amsterdam. Amsterdam is about an hour away from us by train, but we hadn’t been there for two years. And this time we were on a mission. My son really wanted to visit Ripley’s Believe it or Not! which is located on Dam Square, normally the busiest part of the city.

Ripley’s Believe it or Not! was founded by Robert Ripley, an explorer who travelled the world and a collector of weird findings. The museum is one big cabinet of curiosities. Ripley opened his first museum on December 19, 1918. This museum was called “Champs and Chumps” and contained a collection of sports oddities. In 1922, Robert Ripley made a journey around the world. This is when his collection started and he kept notes in his travel journals. He published his first book in 1929. The first Odditorium named Ripley’s Believe it or Not! was opened in Chicago in 1933. Now, there are 30 museums worldwide, and we will be focusing on the one in Amsterdam.

The Ghost Adventures crew investigated Ripley’s Believe it or Not! in Hollywood. Robert Ripley collected everything he could find, like human skulls, shrunken heads, bones and even cursed objects, so it’s not strange the museum might be haunted. In the episode of Ghost Adventures, many strange things happened. So, when my son asked me if we could go there, I didn’t have to think long. And due to Corona, we almost had the entire museum to ourselves!

I was really looking forward to seeing real shrunken heads. I never saw them in real life and I was kind of amazed how small these artifacts are! It’s nearly unbelievable that these were once real human heads! Fascinating! Ripley’s in Amsterdam has three shrunken heads. They are in glass containers and they spin around slowly so you can really see them well. Of course I took pictures and the weirdest thing happened: my phone started flipping out on me! It didn’t focus and it started opening all kinds of apps I didn’t ask for. Strange! But, in the end they allowed me to take pictures anyway, so I was really pleased. Was it paranormal? I don’t know, but I certainly cannot explain why my phone went mad!

What are shrunken heads?

Shrunken heads are real human heads. They were prepared to serve as trophies, they were used in rituals or were traded. The practice of head shrinking has only been documented in the Amazon Rainforest, specifically in the northwestern region. Enemies of the Jivaroan people (the Shuar, Achuar, Huambisa and Aguaruna tribes) faced this fate when captured and killed. The head was severed and the skull was removed from the neck. Fat and flesh were removed and red seeds were placed inside the nostrils and the lips and often also the eyes were sewn shut. A wooden ball was placed inside the head to keep the human form. Then the head would be boiled in water which contained herbes and tannins. Then the head was dried and rubbed down with charcoal ash. The head was often decorated with beads.

Coating the head in ashes was believed to keep the “muisak” or the avenging soul from getting out. The preparation of shrunken heads originally had a religious motive. It was the priests who shrunk the heads when the warriors came home with them. The discarded skulls were often fed to anacondas, which were considered to be spiritual guides. The entire shrinking process was one full of lavish celebrations with lots of eating and drinking.

Another curious item we came across was a wax statue of Hannah Beswick. We found her inside a clock in the creepy section of the museum. Hannah Beswick is also known as the Manchester Mummy. Here is her story. Hannah Beswick was a wealthy woman who was born in Lancashire, England in 1688. She was terrified of the idea of being buried alive. So, following her death in 1758, her body was embalmed (her blood was drained and her veins filled with a mixture of turpentine and vermilion) and kept above ground. This was her specific wish. Her corpse was periodically checked for signs of life. To do so, her own doctor, Dr. Charles White, kept her corpse inside his clock case. Visitors were allowed to see her mummified body at White’s house.

Later, her corpse was moved to the Museum of Manchester Natural History Society, where she was again put on display. She was given the nickname the Manchester Mummy there. The museum’s collection was later transferred to Manchester University. Hannah Beswick’s body was finally laid to rest at the Harpurhey Cemetery in Manchester on July 22, 1868. The grave is unmarked, so no one can find it today.

At some point, we were able to choose between the Scary Route and the Chicken Route. Of course we took the Scary Route and there we found some amazing torture devices. There were also statues of Vlad the Impaler and Lady Elizabeth Raleigh, who carried around her husband’s embalmed head with her for 19 years. In this section, we also found a genuine trophy skull: a human skull mounted on the bottom jaw of a wild boar.

We came across this weird creature in the section with sea creatures. A man named P.T. Barnum once exhibited this creature and claimed it was a real mermaid which he found in Fiji. Thousands of people paid $ 0.25 cents to see the mermaid in 1842. When P.T. Barnum was very old, he finally admitted the mermaid was fake. The upper half belonged to a monkey and the lower half belonged to a fish. It looks pretty cool, though! I can imagine people fell for it!

Ripley’s Believe it or Not! today

Visiting Ripley’s Believe it or Not! is really worth your time. As I said before, there are several locations all over the world, so perhaps there’s one near where you live!

Here are some more pictures! 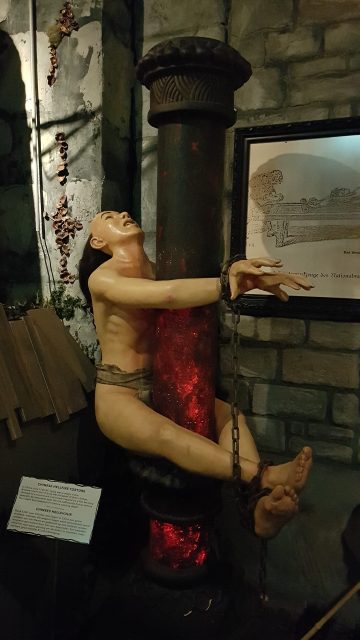 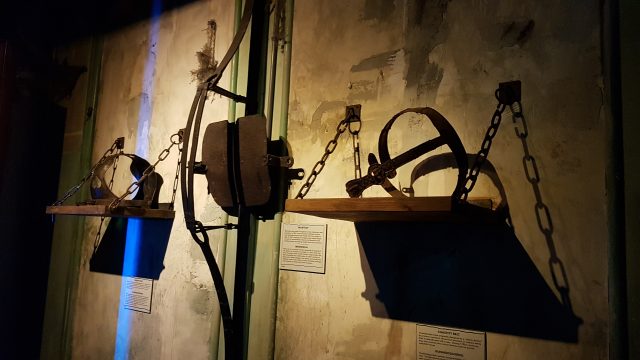