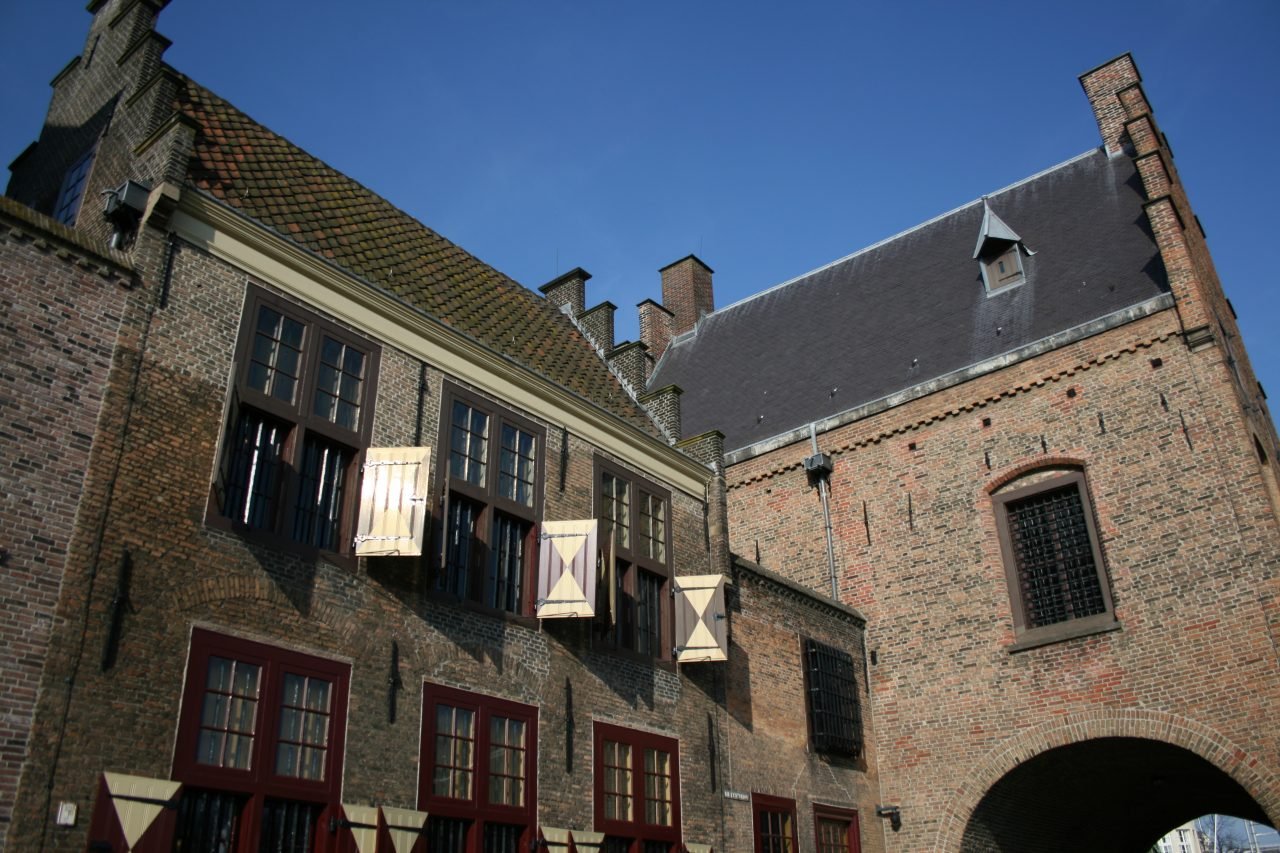 Some of you might know that I was born and raised in The Netherlands. Currently, I live in a smaller town, but I used to live in The Hague. The Hague has 515,000 residents, but officially it’s not a city because it never received city rights. But that doesn’t make it less interesting. The Hague has many old buildings drenched in history. And the Prison Gate (Gevangenpoort) is one of them.

The history of the old Prison Gate

A long time ago, in the 13th century, the Counts of Holland (rulers of today’s provinces North- and South-Holland and Zeeland, known as the Dutch Republic) built a hunting lodge. Gradually the hunting lodge was converted into a castle where the Counts of Holland lived. This castle is today’s “Binnenhof”: a series of buildings including the impressive Knights Hall. This is the place where the Dutch government is seated. The castle of the Counts of Holland was only accessible through the Main Gate, built in 1280, which was then called the Front Gate of the Courtyard. This was the place where in 1400 the count’s prisoners were held. Later, in 1428, this prison was expanded and it became the Court of Holland. More cellblocks were added as well as a courthouse and a torture chamber.

The Prison Gate served as a prison for 400 years until it was abandoned in 1828. It was nearly demolished twice, but both times it was saved. The two similar gates that stood near the Binnenhof were in fact torn down. Prison Gate was turned into a museum in 1882, and recently it was completely modernised. But, the old and historic features still remain. You could say there are more than enough trigger objects in the building. And yes, it’s haunted.

The people who were imprisoned in Prison Gate were awaiting their verdict in dark and cold cells. Sometimes with no less than 15 other people in one cell. Sometimes it took months before a verdict was made. During that time, many prisoners got ill and even died inside the crammed cells. In Winter, the prisoners were totally exposed to the cold because the corridors were window-less and they were given water from the court pond, where people washed their horses, dumped their waste and an occasional corpse drifted. Highly placed prisoners, such as Cornelis de Witt and Dirk Volckertszoon Coornhert, were imprisoned in the luxurious Knights Room.

All kinds of prisoners were kept at Prison Gate, from people in debt to murderers. Different crimes asked for different punishments. Some people were only fined, others were banished or put on the pillory. Some were branded for life, others were given a corporal punishment or lost a hand, and some were even executed. Corporal punishments and executions happened on The Place (de Plaats). The scaffold was named The Green (het Groene Zoodje) because all the blood made the vegetation on it grow like crazy. People from all over The Hague came to watch a public execution. It was a popular form of entertainment. Little money trays were placed near the field where people could donate money. This money was for the family of the executed person. That was the least they could do.

There’s a small torture chamber on Prison Gate’s terrain. It’s known as the Pain Cellar. This is where suspects were questioned. The whole room is decorated with small tiles featuring Medieval crafts in “Delfts Blue”. Delfts Blue is a special ink or paint which is still very well-known today. These tiles didn’t have a decorative function, though. The blood spilled in the room was easier to clean off these tiles afterwards. The original tiles are still in the room, as well as many of the original torture devices. I’ve been in this room twice, but I never got the chance to stay in it alone for a while. That’s a bucket list thing for sure.

I briefly mentioned Cornelis de Witt earlier. He and his brother Johan were both very important politicians in the Dutch Republic. All was going well, until 1672, the Disaster Year. It was the year that Willem of Orange ruled Holland. The King of England had just declared war on the Dutch and Johan de Witt had just negotiated peace with France. This was looked upon as treason. One night, Johan was attacked while taking a walk. He was stabbed several times and was left for dead. Johan recovered but had to step down from politics.

Cornelis, his brother, was double crossed by a man named Willem Tichelaar. He declared Cornelis had asked him to help him plan an assassination on Prince Willem of Orange. Cornelis was arrested and imprisoned in the Knight’s Room. Later, he was interrogated in the torture chamber. Cornelis, however, refused to confess. The executioner eventually said it was enough and set him free. Willem of Orange was furious and he began to stir up the public that had gathered to witness the execution that wouldn’t take place.

When Johan came to collect his badly injured brother at Prison Gate, August 20, 1672, he was obstructed by the angry mob. Both men were beaten and kicked. Cornelis was so weak: he was dead before he reached the green scaffold, and Johan was shot in the back of his head. What happened next is a horrible piece of history. Both men were stripped naked and hung upside down from the gallows. They were cut open and their intestines were fed to the dogs. Fingers, toes, noses, lips, ears and even genitals were removed and taken as souvenirs.

Years after the brutal murder, the names of Johan and Cornelis were cleared. A statue of Johan de Witt was erected on the spot where the Green Scaffold (on the Place, or “de Plaats”) used to be. It was placed there in 1918 and Johan’s finger points to the location where he and his brother were hanged.

The ghosts of the Prison Gate

Some people who have visited Prison Gate have experienced the sensation of sadness and dread. Three ghosts have been frequently seen by the staff. There is the man wearing a long, black cloak, the spirit of a limping boy and the ghost of a man named Cornelis de Hooghe, who lost his head because of treason.

Near Prison Gate, you’ll find the oldest inn in The Hague, ‘t Goude Hooft. ‘T Goude Hooft was built in 1423. During renovations of the basement, the remains of a tunnel and a couple of prison cells were discovered. If Prison Gate had been overcrowded, prisoners were transported to the prison cells at ‘t Goude Hooft. Today, staff and guests have experienced unexplained phenomena at the historic inn. Unfortunately, the tunnel is too damaged and thus too dangerous to visit. It is believed that this tunnel goes all the way back to the Binnenhof where also executions took place. Perhaps the tunnel ends at the tomb underneath the court chapel which is located there.

If you love history and if you happen to visit The Netherlands, don’t just focus on Amsterdam. The Hague is a treasure if it concerns history. And most of the historic buildings are located near each other. Prison Gate itself has been completely modernized during the Covid-pandemic and certainly worth a visit!

Do you want to read more stories about haunted places in The Netherlands? Download our e-book for free!

Cover photo: my own picture
Sources: wikipedia, gevangenpoort.nl, Holland.com, atlasobscura.com and the tour I have taken there
Address: Buitenhof 33, 2513 AH, The Hague, the Netherlands 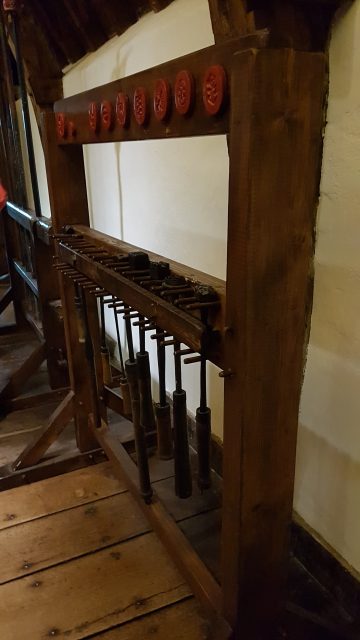 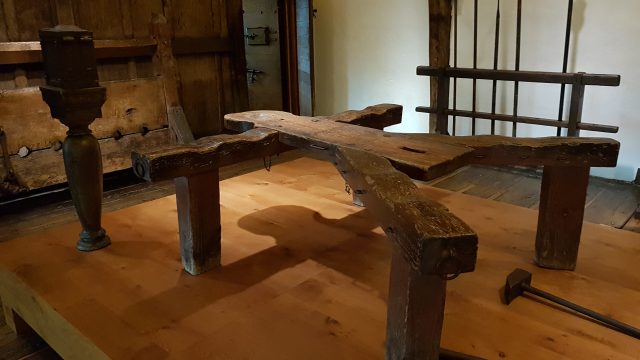 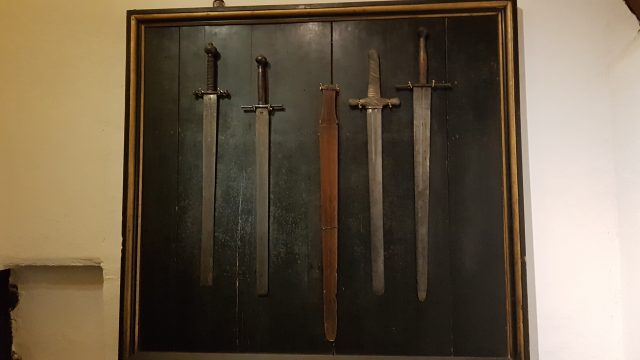 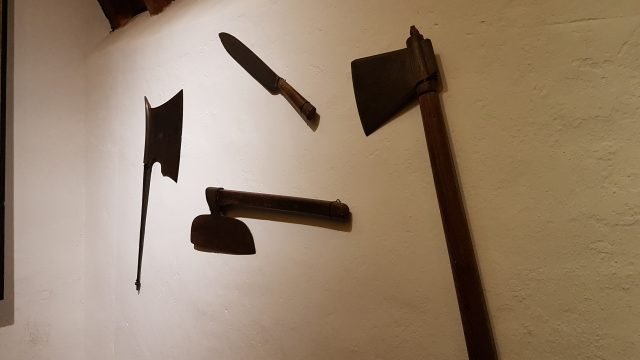 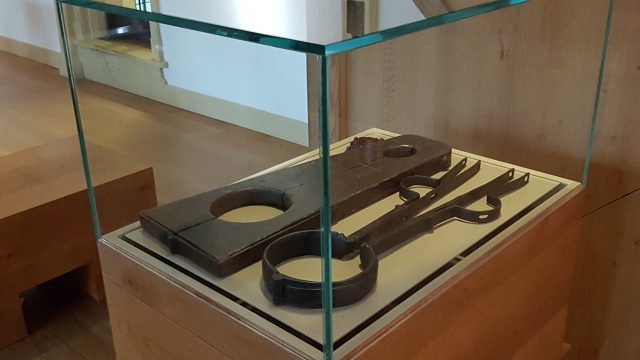 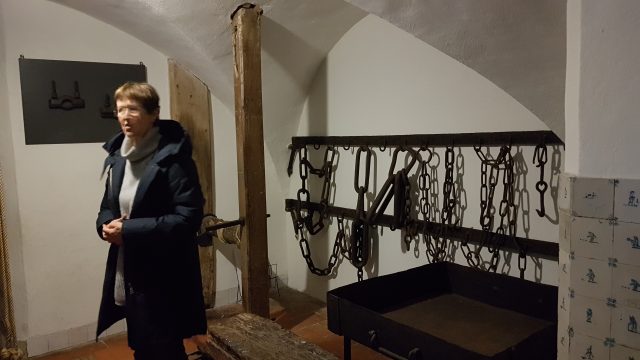 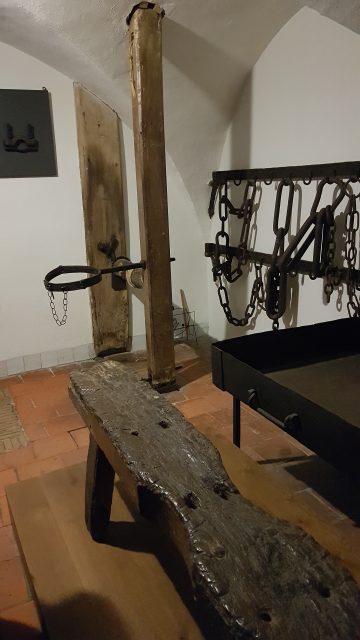