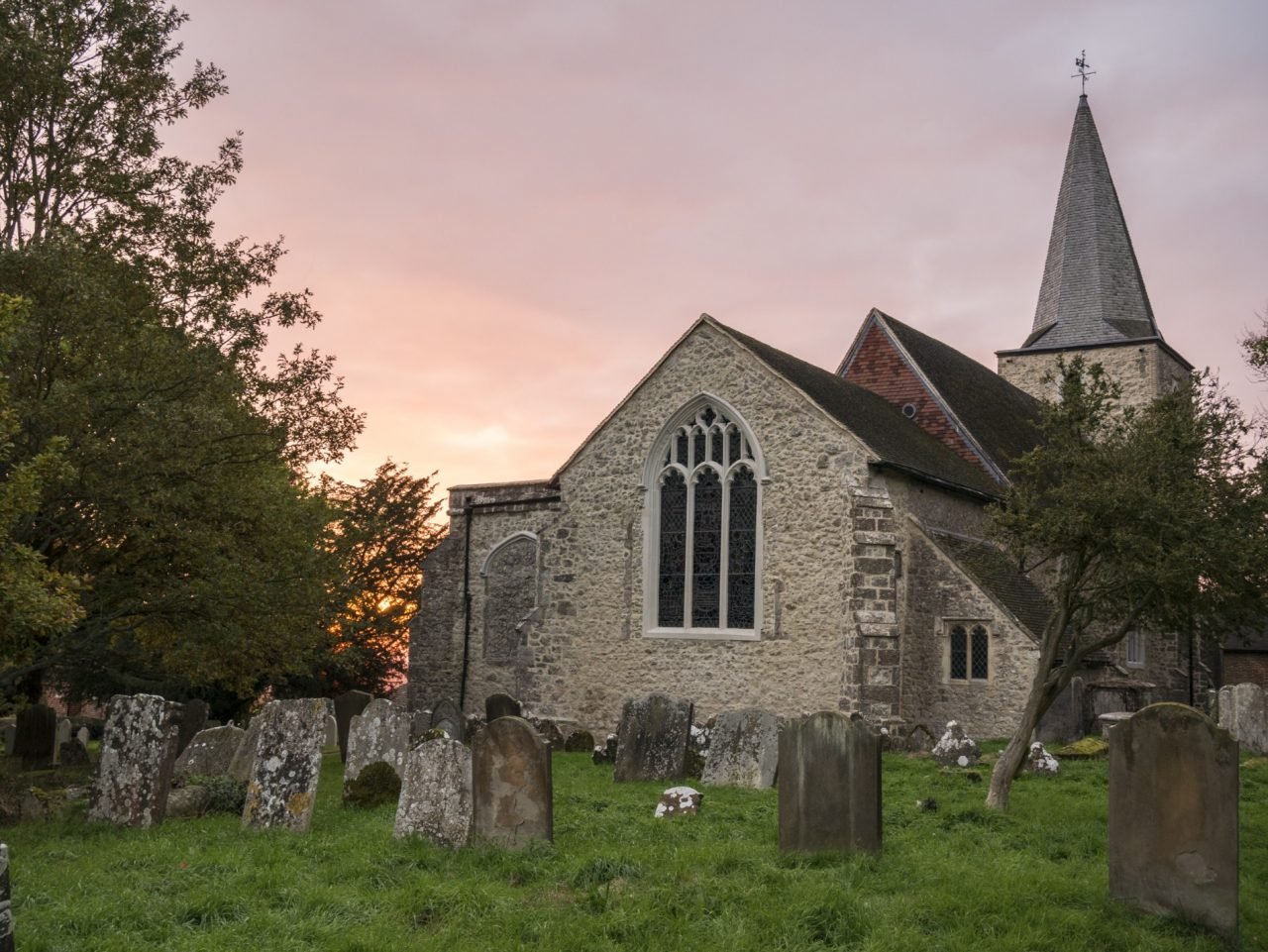 Pluckley and the Screaming Woods

In the County of Kent, in southeastern England, you’ll find the picturesque village of Pluckley. Even though the town itself is pretty meaningless, it is much loved by tourists. Especially by ghost hunters. Pluckley has a very high ghost-density. It has at least 12 ghostly residents. This high concentration is caused by a powerful geological magnetic field. This increases the paranormal activity. And the town has seen some tragic deaths.

The village and the woods

People have seen ghosts in de village as well as in the woods. The woods are originally called Dering Woods, named after the village’s most important residents; the Dering Family. But through the years the woods were called “The Screaming Woods”, for the people of Pluckley would hear screams coming from the woods at night. They claim it’s from people who got lost there through the centuries. A long time ago, a man who dug clay pits for the brick factory, got buried under a large pile of clay. He was buried alive in his own, freshly dug pit. His bloodcurdling, terrifying screams can be heard up until this day.

The woods are also the stage of the brutal murder of a robber. He was probably killed by other criminals while fleeing into the woods on his horse. When he saw a hollow tree trunk, he hid in there, hoping his horse would return home, as horses normalkly do. But his horse stayed loyal to his owner and grazed near the trunk where his owner was hiding. He was discovered easily, and he didn’t stand a chance when one of his attackers pushed his blade into the tree. His spirit is often seen in the woods.

There are at least two documented suicides in Pluckley, and these unfortunate souls still linger here. The first suicide is that of the Coronel. His hanging body was discovered in the former Park Wood. The trees no longer stand there, but the Coronal is seen here very often. He walks around, wearing his full amour, but no one knows to which order he belonged, or which rank he had. People call them the Coronel out of respect. He doesn’t do any harm; he just walks there. In the old Rose Court House, a lady ghost appears often between 4 and 5 P.M. She’ll call out to her two little dogs. The woman was probably the mistress of one of the Dering men. She might have been fed up with the love-triangle and drank pure poison. This probably occurred somewhere between 4 and 5 P.M. She is also seen in the garden of the mansion.

The White and the Red lady

Churches and Cemeteries are known to attract spirits. The Church of St. Nicholas has a few. Like the ghost of the White Lady. White Ladies can be found all over the world and Pluckley has one. In the churches’ crypt rests Lady Dering. She was very young when she died and very beautiful. Her husband wanted her to keep her beauty for as long as possible, so she was buried in a three laired led coffin, to slow the decomposing process. She must really dislike the box for knocking sounds are heard in the crypt. She also makes the lights flicker in the church when no one is around.

The Red Lady has been seen wandering around the cemetery. Her stillborn baby is also laid to rest here, but because it was buried without a headstone, she’s not able to find the grave. She searches the cemetery while crying in a heartbreaking way. Near the church is a small house called Greystones. It used to belong to a monk. After his death he remained there, and his spirit is often seen.

Pluckley wouldn’t be an English village if it didn’t have some pubs and inns. And yes, they are haunted. The Black Horse Inn has a poltergeist who likes to make things, like clothes and watches, disappear. If the belongings are long forgotten, they tend to show up on a very unlikely spot. Café The Blacksmiths Arms, which used to be a forge, is haunted by a Cavalier King Charles dog on the upper floor. In The Dering Arms, a pub that used to be a hunters house, the ghost of an elderly woman is often seen. She loves to sit at a table near the window while she peers out rather dreamily. Her body is as solid as yours and mine, so she looks like one of the regular guests. Even though her outfit is a little outdated. When you talk to her, she’ll disappear.

The old Mill and the phantom carriage

The old Pluckley Mill may have been destroyed by a fire in 1939, the old miller still roams the premises. He appears as a dark shadow, but he doesn’t bother anyone. Near the mill a Gipsy woman died. She was always by the side of the road selling watercress. She liked a good drink and smoked a pipe. One day, she fell asleep while smoking. She accidentally set herself on fire. She still haunts the remains of the mill. People also claim to have seen a phantom carriage. Black horses gallop in front of it.

As you can read, Pluckley is crowded with ghosts. The ghost stories have been around for centuries and many of the sightings include the same ghosts. St. Mary’s Church appeals to the imagination of being haunted. This church was bombed during World War II. Luckily nobody got hurt during the attack. Might this place be the only not-haunted place in Pluckley?

Alton Towers Resort is the largest theme park in the United Kingdom. It attracs more than 2 million visitors each year, making it the second most popular theme park in England. It was built around an already existing manor house which was built in 1753. The manor house is now part of the park, and […]
Chillingham Castle is said to be the most haunted castle in England. More than 100 ghosts are said to haunt it. It was built as a monastery before 1246, later transformed into a castle. You’ll find the castle in Northumberland, near the Scottish border. King Edward I used the castle as an accomodation in 1298 […]
Larnach Castle is often referred to as New Zealand’s only castle. In fact, the 25-room Gothic building is an historic house, also called a mock castle. It’s located on the ridge of the Otago Peninsula near Dunedin. Larnach Castle has a magnificent view: you can even see the Pacific Ocean from here! But, this was […]