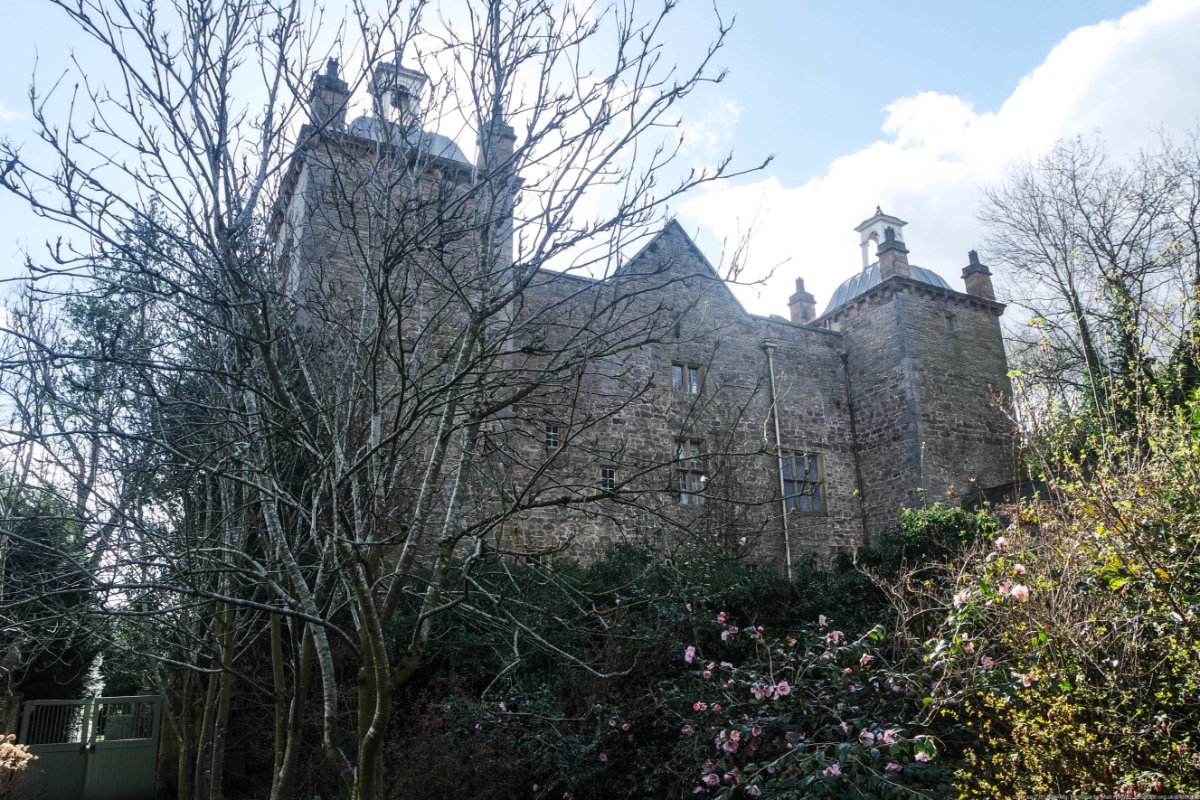 Plas Teg is a mansion built in the Jacobean style. You can find it in the North Wales village of Flintshire, overlooking the town below. Built in an area which is rich in ancient burial rituals, history and witchcraft. The walls of this mansion have witnessed a lot during the 400 years the house exists. And most of its history is quite dark.

The history of Plas Teg

Sir John Trevor I was an important member of the court of King James I. He built Plas Teg around 1610, making it a family home. Sir John died in 1629 and his widow, Lady Margaret Trevor, died in 1643, leaving the house unoccupied as the English Civil War (1641 – 1652) broke out. During the war, the house was raided by the Roundheads (supporters of the Parliament of England) twice. It also served as a courthouse during and after the Monmouth Rebellion (1685) and “hanging” judge Jeffreys allegedly sentenced many to death in and around the house.

After this period, the house was reclaimed again by the Trevor family until the early 20th century. During the Second World War, the house was used as a billet (camp) for soldiers. In 1945, the house was sold to an auctioneer’s company, which used the mansion as a storage facility. By the early 1950’s, the house was in such bad shape it was almost demolished, but fortunately it was saved. Eventually, the house was bought in 1986 by Cornelia Bayley who restored Plas Teg back to its former glory.

A house this old houses many family secrets. Back in the days, being a wealthy girl wasn’t always easy. Especially not if you fell in love with a commoner. Like Dorothy Trevor, daughter of Sir John Trevor I. When she was 16 years old, Dorothy fell in love with the son of a farmer, Iorwerth. Of course, her family disapproved of the love between the two, so Dorothy and Iorwerth decided to elope. The plan was good. Dorothy systematically took some of her jewelry to the garden and hid these in a box in the ground next to the well.

On the night before they would run away, Dorothy went out to the garden to dig the box up, but she probably slipped and fell into the well. She drowned. Her body was discovered two months later. Iorworth was inconsolable. He thought she had taken off without him and he killed himself before her body was discoverd. The ghost of Dorothy is sometimes seen on the A541, the road closest to Plas Teg. She is so real, that some people even think they hit a living person, but when they get out of the car, there’s no one there. Iorwerth is also said to roam the grounds, in search of his beloved Dorothy.

Elizabeth Frances Trevor-Roper killed herself in 1815 by throwing herself into the well. Like Dorothy, she was only 16 years old. In Elizabeth’s case, a duel was held to determine who she was to marry. The man she loved lost the duel. Elizabeth got very upset and she fled the house, killing herself by throwing herself in the well. Many have witnessed a ghostly man chasing after a ghostly woman through the house. She screams and cries, and he’s injured on one shoulder, bleeding from a gaping wound.

The ghost of “hanging” Judge Jeffreys

Even though it’s not 100% certain “hanging” Judge Jeffreys held court at Plas Teg, there are people who claim he’s haunting the house. Fact remains the place was indeed used as a court back a long time ago and executions most certainly took place on the premises. This, of course, leaves an imprint on the house and its grounds.

The ghost of John Trevor V

Sometimes inside the house, the sound of loud wailing is heard. This might be caused by the ghost of John Trevor V. He died at Plas Teg somewhere in the mid 18th century due to the injuries he sustained after driving his carriage against a tree at high speed. John Trevor V had been drunk. He allegedly killed his cheating wife in a wave of anger shortly before his deed. He died a very slow and painful death.

Other ghosts and legends of the house

Mediums claim there are at least 15 ghosts that reside at Plas Teg. The Regency Room is the most haunted room of the house. Dogs refuse to go in there. When they do get in, they run out whining. It has a very eerie and oppressive atmosphere. Visitors have reported being grabbed, pinched, poked, have their clothes pulled and even being hugged by unseen forces. Disembodied arguments, screaming and crying have been heard on the timber staircase. This staircase is said to have been made from the wood from a Spanish Armada ship.

There are also numerous sightings of a grey lady holding a candle. According to a legend, a father suffocated his own little children in one of the bedrooms. A shadow figure of a child has been seen here on many occasions by many different people. Objects move and sometimes are even thrown at people. Three phantom horsemen have been seen on the grounds as well, and there are tales of gruesome murders in the surrounding woods.

That didn’t stop Cornelia Bayley from buying the place. She did an amazing job on the manor. It is now open to the public. Tours are given around the house and there are paranormal tours as well. That is, if you dare! Because this place is incredibly haunted!