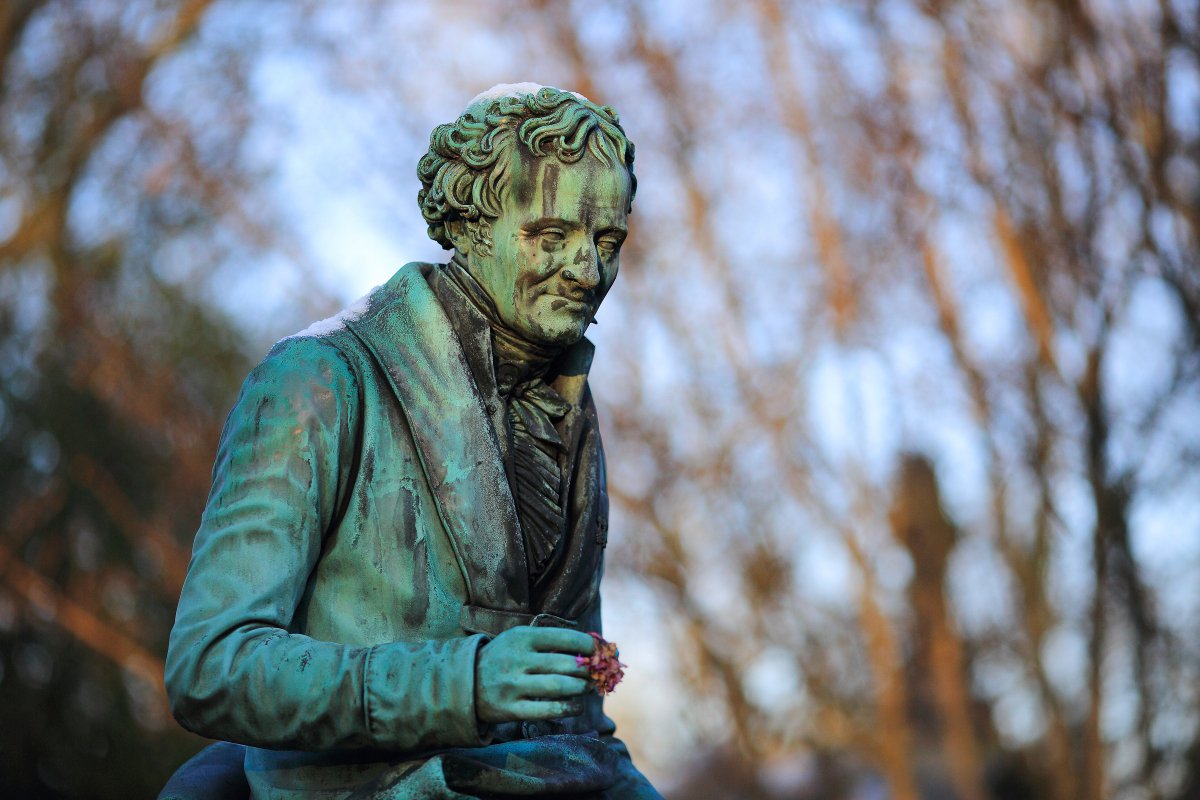 Père Lachaise Cemetery, or Cimetière du Père Lachaise, is the largest cemetery in Paris, France. More than 300.000 people are buried here, including a couple of famous individuals. This makes the cemetery one of the most popular tourist attractions of Paris. But, do you suppose the tourists know this cemetery is haunted? I doubt it!

The history of Pere Lachaise Cemetery

Originally, the cemetery grounds were an estate on which a mansion was built in 1430. The Jesuits acquired the mansion and estate in the 17th century and turned it into a nursing home. Its most important resident was Father François d’Aix de La Chaise, the confessor of King Louis XVI, who lived there for 30 years. The Jesuits sold the mansion and the land in 1762 to pay off depts. After that, it had many different residents until it fell into disrepair. In 1801, a new cemetery was desperately needed.

Back then, cemeteries were placed outside the city for hygienic reasons, so the location of the former mansion, on the grounds of Champ – L’Evêque, Montmartre and Montparnasse were turned into a cemetery. It was called Cimetière L’Est, because it was meant to be the final resting place for the people who lived in the East of the city. This still is the formal name, even though it’s more commonly known as Père Lachaise, after King Louis XVI’s confessor. Even a beautiful English garden was even laid out, but the upper class didn’t want anything to do with the place. They didn’t want to get buried in a working-class neighborhood.

The upcoming of the cemetery

In the first 8 years only 833 people were buried at Père Lachaise Cemetery. To make the cemetery more attractive, the remains of some celebrities were relocated here in 1817. These celebrities were Molière, La Fontaine, Abélard and Héloise. This was very helpful. By 1830 there were 33.000 graves at Père Lachaise, and the requests kept coming in. During the 1850’s, the cemetery had expanded 5 times its size already, measuring up to 44,5 ha (110 acres). And by 1860, the cemetery even reached the city of Paris. Père Lachaise became an inspiration for other European cemeteries, such as Highgate Cemetery in London. In 1889, the very first cremation in France even took place here.

In May 1871, Père Lachaise was the scene of the final battle between the Commune de France on one side and the troops of Versailles on the other. The fight took place on the cemetery grounds, right between the graves. Many lost their lives that day and the 147 Commune followers who surrendered were executed on the spot against the wall which is now known as Le Mur des Fédéres.

It’s incredible to see how the cemetery’s reputation changed through the years. Over 300.000 people have found their final resting place at Père Lachaise. Today, you need to be a citizen of Paris to have a chance to get buried here. It’s completely full and you’re only able to get some space if you have a family grave or if a grave must be cleared. Many graves at Père Lachaise have a historic monument status. There’re also some large memorials at the cemetery, like a monument for victims of war and concentration camps and big disasters such as fires and airplane accidents. Famous people like Edith Piaf, Jim Morrison and Oscar Wilde are buried here. You’d need a map to find their graves.

Pere Lachaise: the hauntings and legends

Cemeteries are always good for a ghost story or two and this one is no exception. People claim to have heard disembodied voices and claim to have seen spectral lights and translucent figures here. But there is more. 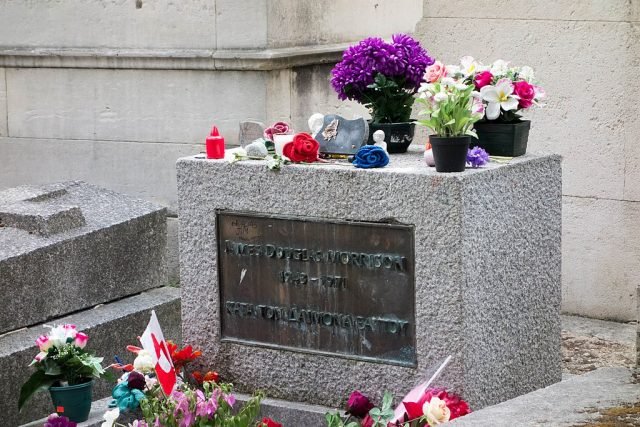 Jim Morrison was the lead singer of the Doors until he died in 1971. He was only 27 years old and the cause of death is still not clear. Most probable cause was a drug overdose in combination with an underlying illness. His grave is hard to find, but when you approach it, it cannot be missed. Not only is his own grave covered in graffiti, so are all the surrounding headstones. Since his bust was stolen in 1981, a security guard watches over his grave. But at night, Jim wanders around the cemetery. People even claim to have captured his apparition in a picture.

Adolphe Thiers was the French Prime Minister in 1836, 1840 and 1848. Thiers was an evident opponent of the French Emperor Napoleon III. He is said to haunt his own tomb. The man obviously doesn’t want anyone near his grave because he tugs people’s clothes.

The ghost story of the French novelist Marcel Proust is a sad one. He died at the age of 51 in 1922 of pneumonia. Being a homosexual in that time wasn’t easy. His and his lover’s last wish was to be buried near each other, but that wish was not granted. Marcel now rises from his grave each night in search of his lover whom he can never find. People maintain his grave and put chestnuts on it in the shape of a heart.

The fear of Chopin

The Polish composer Chopin lies also buried at Père Lachaise, even though part of him is missing. His final wish was to have his heart removed after his death because he was terrified by the thought of being buried alive. His heart is now walled inside a pillar in a Polish church.

Not a ghost story but an interesting one indeed. Victor Noir was a journalist for a Republican newspaper at the time France was ruled by Napoleon III. The Imperial Family saw the newspaper as a threat and when there was a fight between the family and the newspaper, Victor was challenged in a duel. Unfortunately, Victor didn’t survive the duel and ended up having 5 bullets in his body. He died in the same position as his grave statue is in.

But, in life, Victor was a notorious playboy. And even though he’s been dead for a while, that doesn’t seem to keep the ladies away. The creator of his statue made sure that, how shall I say this decently, his fallus was displayed in an obvious excited state. Rubbing it will guarantee a pregnancy. And if you kiss the lips, rub his fallus and place a rose near his head, you’ll surely have an amazing sex life. In fact, you’ll get pregnant that same year!

And finally, we have the mausoleum of Elisabeth Stroganov. Her mausoleum is one of the biggest at Père Lachaise. Elisabeth was born in Russia but lived in Paris for a long time. She died at the age of 39 and was very wealthy. She included an unusual challenge in her will: anyone brave enough to spend 365 days and 366 nights inside her mausoleum close to her tomb would inherit a large sum of her money.

Many have tried, but no one succeeded. People who voluntarily got locked up didn’t last for long. They claimed it felt as if the life was being sucked out of them. The cemetery still receives letters from people who want to take the challenge, but no one can sleep inside a mausoleum anymore. It’s simply prohibited. But if you could, would you do it?