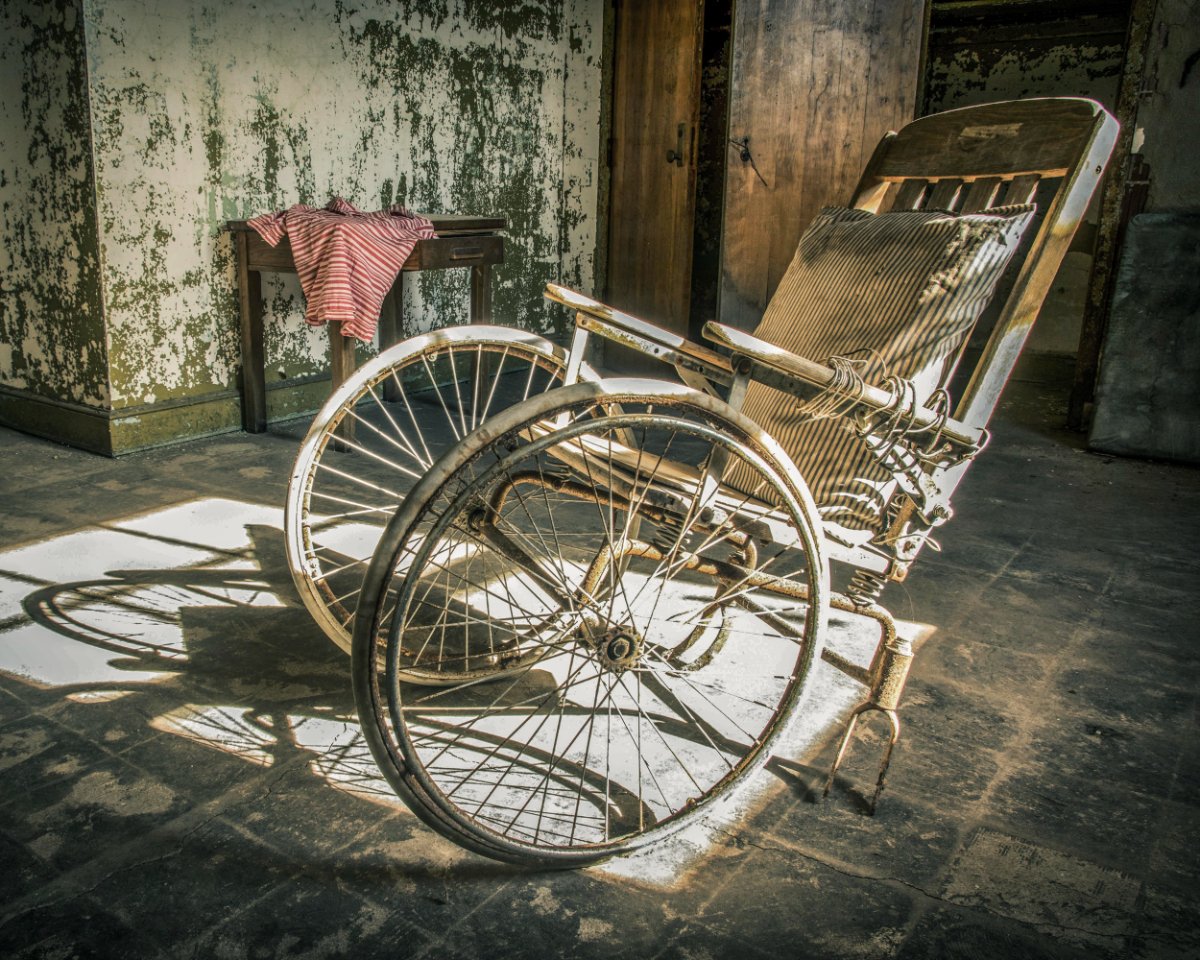 Originally known as the Eastern Pennsylvania State Institution for the Feeble-Minded and Epileptic, the Pennhurst State School and Hospital was once labelled “The Shame of Pennsylvania”. Most of its 32 original buildings are now demolished or abandoned, even though some have a new purpose now. Would you dare to visit this place?

The history of Pennhurst State School and Hospital

In 1903, a commission was formed to count the number of feeble-minded and epileptic people in the state of Pennsylvania. Most of these individuals were placed in the wrong facilities, such as normal hospitals and even prisons. A new facility was urged to be built and from 1903 to 1908 the construction was made of a place where mentally challenged and physically disabled people would be properly cared for. The building was to be divided in two groups: one for the educational and industrial purposes and one for the custodial and asylum department. No more than 500 people were to be admitted. That all sounds pretty good, doesn’t it? But, the reality was a bit different.

The Pennhurst State School and Hospital was located away from society, hidden behind a dense forest. The residents had daytime jobs at the facility such as mattress making, shoe making and repair, grading, farming, laundry, domestic duties, sewing, baking, painting and working at the shop. Pennhurst even had its own railway station to deliver coal and other supplies to operate the facilities power house. The tracks are still visible under the pavement behind the Dietary and Devon Hall.

Patient number 1 was admitted to Pennhurst on November 23, 1908. Quickly more patients followed and four years after the opening, 2,800 patients were living at the facility. Far more than the intended 500. Not just mentally challenged or physically disabled people were admitted but also immigrants, orphans and criminals. New residents were classified into three categories: a mental category (imbecile or insane), a physical category (epileptic or healthy) and dental categories (poor, good or treated). More and more patients were admitted, but there were no funds to attract more staff. It didn’t take long before the overworked staff started using violence instead of showing compassion.

The shame of Pennsylvania

Another problem was the attitude towards mentally challenged people. Pennhurst’s Chief Physician once said: “every feeble-minded person is a potential criminal”, quoting the words of Henry H. Goddard, a leading eugenicist. Patients that showed misbehaviour were placed in isolation. Some wanted attention so badly, they self-inflicted injuries to get out of isolation. Patients who had tried to bite a staff member or other patient had the teeth removed.

One doctor by the name of Jesse G. Fear (great name for him) actually enjoyed torturing patients by giving them the most painful injections available that didn’t cause permanent damage. In 1968, a correspondent from the local NBC 10, Bill Baldini, exposed the conditions at Pennhurst in a five-part television news report. The report even made it to front page of papers saying Pennhurst was the shame of Pennsylvania.

The closure of Pennhurst

As if the reports of Bill Baldini weren’t bad enough for Pennhurst, the actual death blow was given by a patient by the name of Terri Lee Halderman. When she visited her parents for the weekend, they were alarmed when they noticed unexplained bruises on their daughter. They went to court and the court decided the facility had to be closed. This happened in 1987 and the remaining 1,156 patients were moved into small community homes. The Halderman versus Pennhurst case became known as the Pennhurst Doctrine, which has been cited by state Attorneys General as binding precedent under the United States Constitutional Law.

The ghosts of Pennhurst State School and Hospital

The number of patients who died at Pennhurst is unknown, but the energy of the patients and the frustration of the staff is absorbed inside the building walls. No wonder it’s so haunted. Since 2017, overnight paranormal investigations are available. During these investigations you’ll be able to investigate two buildings: the very haunted Mayflower building and the underground tunnels of the buildings Philadelphia and Devon. Paranormal equipment is available. but you can also bring your own. But who will you encounter?

“The King” is the nickname for an unfriendly entity who is believed to be the ghost of a maintenance man who worked at Pennhurst during the 40’s or 50’s. His domain is the boiler room in the basement of the Mayflower building. He manifests himself as a shadow figure, but he has plenty of energy to touch or even choke people. Cigar smoke is a common scent when he appears. When you go down to the boiler room, you’ll see many cigaretts on the floor. They are presented to him as trigger objects. They’ll keep him happy for a few minutes, but his attitude towards visitors changes within the blink of an eye.

He does seem to like female visitors and if you’re lucky, he’ll give you answers to all questions asked. But, if he tells you to leave, you’d better leave. Investigators sometimes label him as a poltergeist, sometimes as a demonic entity. He has a very creepy laugh as well. Some even say a female spirit is with him in the same room and she tries to warn people, telling them to “run”. He obviously doesn’t like her because he keeps talking right through her.

Other ghostly phenomena at the Mayflower Building

The Mayflower Building is not just haunted by The King. This building has three floors and a basement. When you enter the building, you’ll see plenty of satanic symbols all over the walls. According to the guides, people have broken into the facility when it was left abandoned to perform rituals that might have opened portals. People who visit the Mayflower Building can be overwhelmed by feelings of dread and sadness. Investigation tools such as camera’s and other paranormal equipment is known to malfunction in the building.

And, apart from the noises of slamming doors, footsteps and the sounds of a person vomiting, there is the creepy music box-music. That music seems to be coming from everywhere, but nobody has been able to locate the music box itself. Disembodied voices telling people to “go away” are frequent here, too. People have heard phrases such as “I’ll kill you”, “we’re upset” and “I’m scared”.

Hauntings in other buildings

Some buildings can no longer be accessed, simply because the construction is dangerous. But there have been investigations in the past. The Quaker Building, for instance, is a scary place to be. People have seen shadow figures here, including the apparition of a female child with long black hair and long dangling arms. People have been pushed and scratched at the Quaker Building and even had things thrown at them. A demonic entity is said to cause the injuries. Inside the Limerick Building, people have reported seeing the apparition of a woman in an old style nurse’s uniform.

Apart from the tours and paranormal investigations that are hosted here, there’s also a haunted attraction inside part of the former Administration Building. This attraction has been here since 2010 and is a very successful. The Pennhurst facility is still in development. In November 2020, the Hershey, Rockwell and Dietary Buildings will be demolished because they are unsafe. Would you dare to join the paranormal investigation?