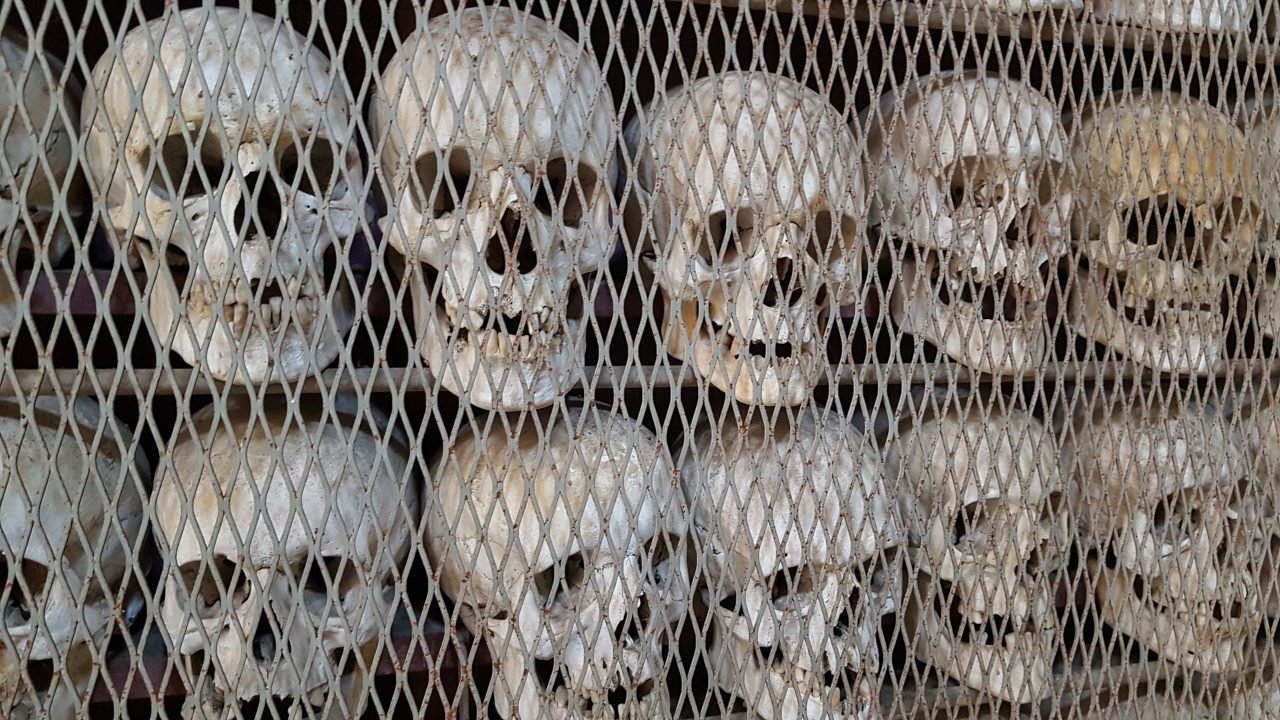 When I’m on holiday, I always try to find something about the history of a certain place. Preferably the dark side of history. In Italy, there are several places that meet  my desire. Take the Ossario di Solferino for instance. The bones of 1413 fallen soldiers were stored here. But, what happened to these poor souls? Let’s find out!

The Battle of Solferino and San Martino

In 2020, we already visited the Tower of San Martino. This place was built to honor the soldiers who were killed in the battle of 1859. On the 24th of June of that year a heavy battle was fought. This battle was between the Austrian Army under Emperor Franz Joseph I one one side against the Piedmont-Sardinian Army under Victor Emmanuel II and the allied French Army under Napoleon III.

The latter two were also known as the Franco-Sardinian Alliance. About 300,000 soldiers went to battle. The battle was won by the Franco-Sardinian Alliance but many soldiers lost their lives. Their bodies were buried in mass-graves. Ten years later, the bodies were exhumed and stored in the nearby churches. In 2021, we visited the Ossario di Solferino, and this church was even more impressive!

You can visit the bone church and climb the nearby tower. When we visited the area, we had the church to ourselves. Wandering through this quiet bone chapel was very impressive, especially to our son. Some skulls show massive injuries like bullet holes. The Ossario di Solferino also shows 4 complete skeletons. These were once French soldiers. Apart from the 1413 skulls there are 7000 bones, all stored neatly inside the church.

We took many pictures and we love to share them with you. Even though this place isn’t creepy, it is quite haunting. I will write the story about the Ossario di San Martino soon! Of course I will show you more pictures then. 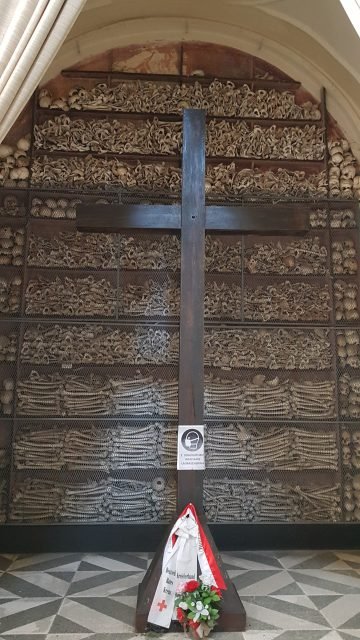 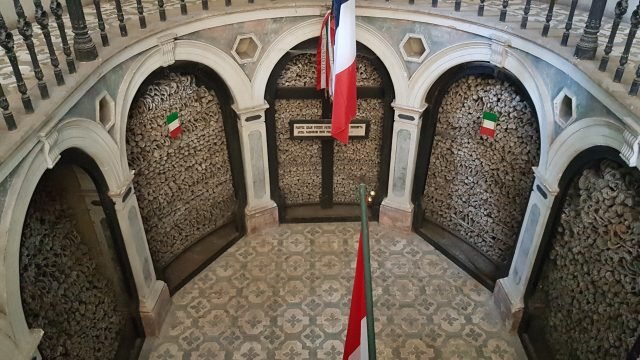 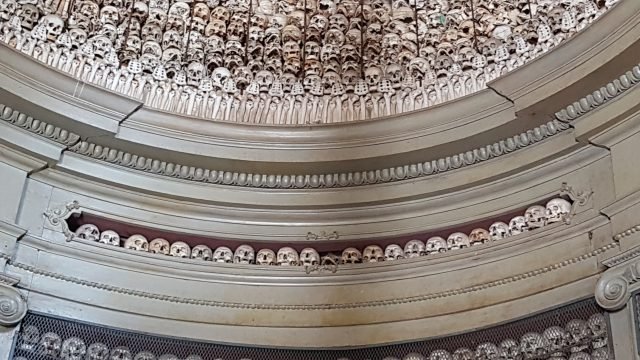 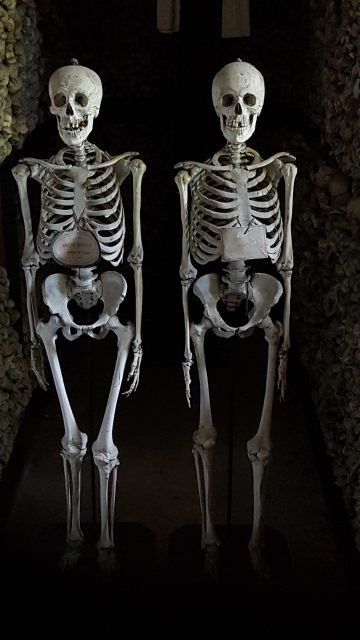 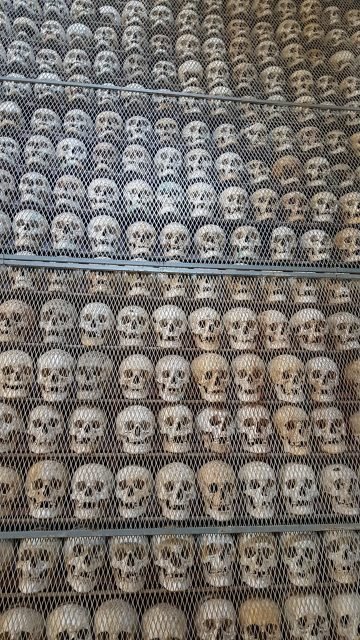 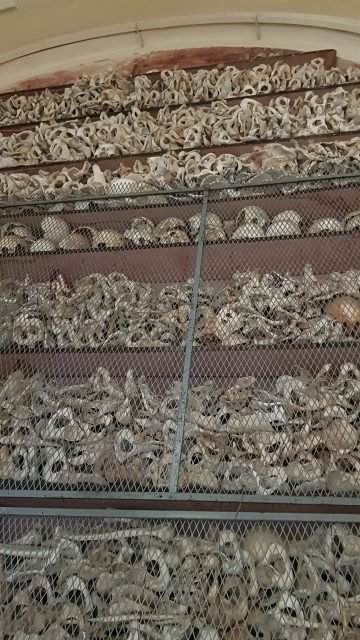 Do you want to read more about creepy and haunted places in Europe? Click here!

Location Ossario di Solferino: Parco, Via Ossario, 46040 Solferino MN, Italy
Pictures: all made by me

Moosham Castle or Schloss Moosham is a medieval castle in Unternberg, region Salzburg, Austria. The so-called spur castle is located on a high point, overlooking the entire area. Building fortifications on top of mountains and hills was done for defense purposes. The castle was involved in at least 45 bloody battles. But the battles are […]
Golden Gate Park can be found in the center of San Francisco. The park is even larger than New York’s Central Park. It was founded in 1870 and is a much loved getaway for locals and tourists. The park offers many attractions such as a museum, a Japanese tea garden and a beautiful botanical garden. […]
In 2019, right before the Corona pandemic, we visited Edinburgh. When we first arrived in the city, it was raining heavily. Wanting to make the most out of the trip, we decided to take a ghost tour that same night anyway. Thank goodness the weather improved as we approached the night. We did the Doomed, […]
Less than an hour’s drive away from London, you’ll find Epping Forest. This ancient woodland stretches from London to Epping, Essex. It lies on a ridge between the rivers Lea and Roding and is the perfect place to spend a Sunday out with the family. But, the “People’s Forest” also has a dark side… About […]