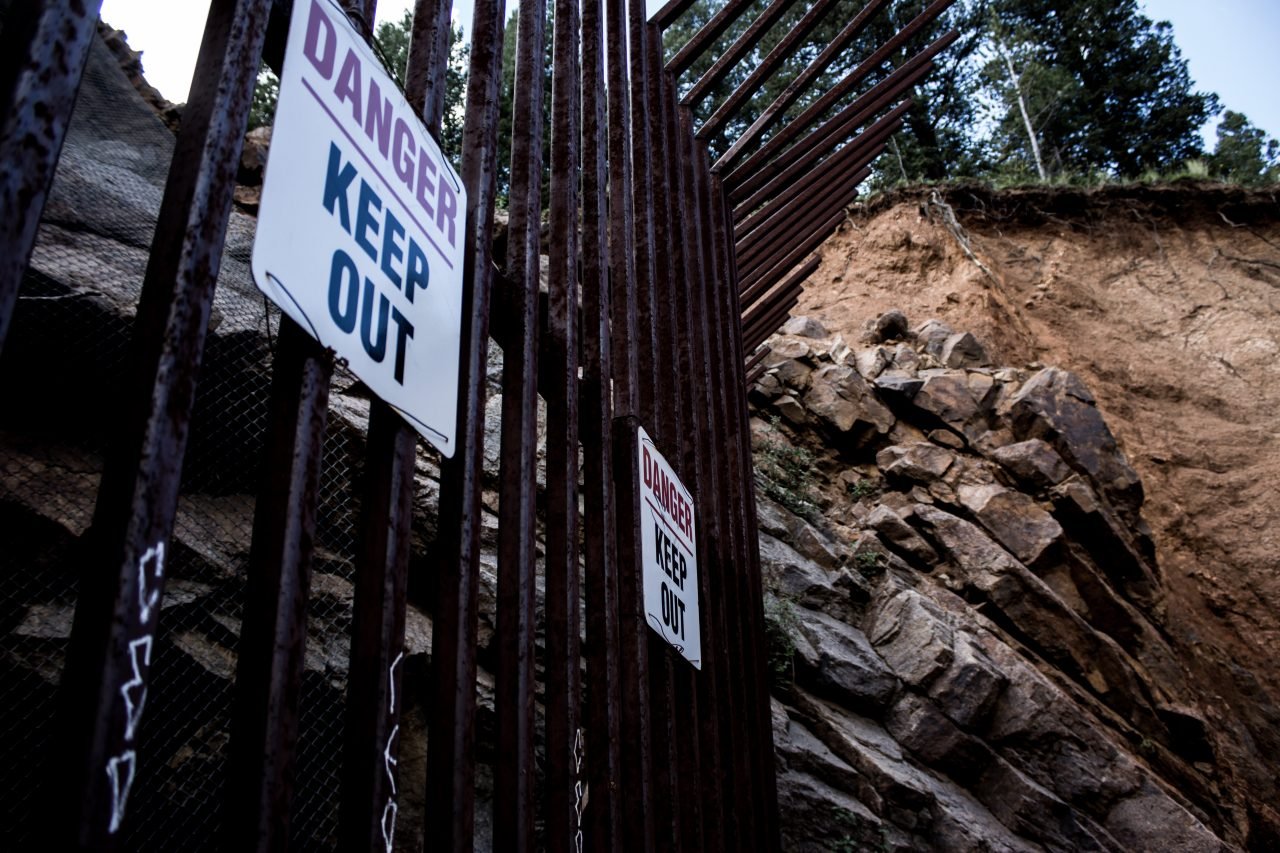 The Old Camp Road is a dirt road leading from Colorado Springs to near Victor. This former railroad track is particularly popular with bikers and hikers today. The road is loved for the breathtaking scenery by day and feared for the hauntings at night. Especially the tunnels are a paranormal hotspot. What happened inside them that makes them so haunted?

Due to the 18th century gold rush, a railway road was constructed to access the area more easily. Around the 1920’s, the tracks were removed, and the road was turned into a dirt road for cars. The nine tunnels dug into the hills of Colorado Springs’ Bear Creek Park, were now used for cars instead of trains. Today, some of these tunnels have collapsed due to age and vandalism. One tunnel, tunnel 3, is sealed off from the public completely. And there’s a legend about this tunnel, which is very much alive today.

Tunnel 3 collapsed due to a collision with a school bus in 1988. The collision caused large stones to crush the bus, killing all inside. Well, that’s the story. There are no records found of such an accident, but Tunnel 3 just collapsed because the timber inside was rotten. But that doesn’t make this tunnel less creepy: hikers claim to hear giggles and laughter coming out of this tunnel and people brave enough to come closer even got scratched and clothes have been tugged. Drivers of cars driven closely to this tunnel claim to have seen tiny handprints in the dust of their vehicle. It makes you wonder who causes this.

The most haunted tunnel of the Gold Camp Road is Tunnel 2. People brave enough have parked their car in neutral here at night. It didn’t take long before they felt their car being pushed inside the tunnel. Uphill! People have seen the apparition of a dark man inside this tunnel, walking back and forth. If a car stops inside it, he will push it away slowly. People who’ve had this experience say they even saw the imprints of his hands at the back of their car.

The Gold Camp Road is very popular with teens, especially during the long, Summer nights. Some of these teens claim to have seen robed figures pacing up and down the road holding torches. There have been reports of Devil worshippers in the 1970’s and 1980’s, so perhaps they never left.

Even though the accident with the school bus is an urban legend, many accidents did happen on this road. The construction of the tunnels cost some rail workers their lives, and many accidents have happened on the road. Local authorities even claim 11 wrecked cars still rest below the road. Dirt roads can be dangerous in some weather conditions and the large potholes and sharp turns make it risky, too.

Gold Camp Road is a beautiful road to drive, ride and hike on, but be cautious. And who knows, perhaps you’re lucky enough to see a ghost or two.

Do you want to read more about haunted places in the US? Read on!