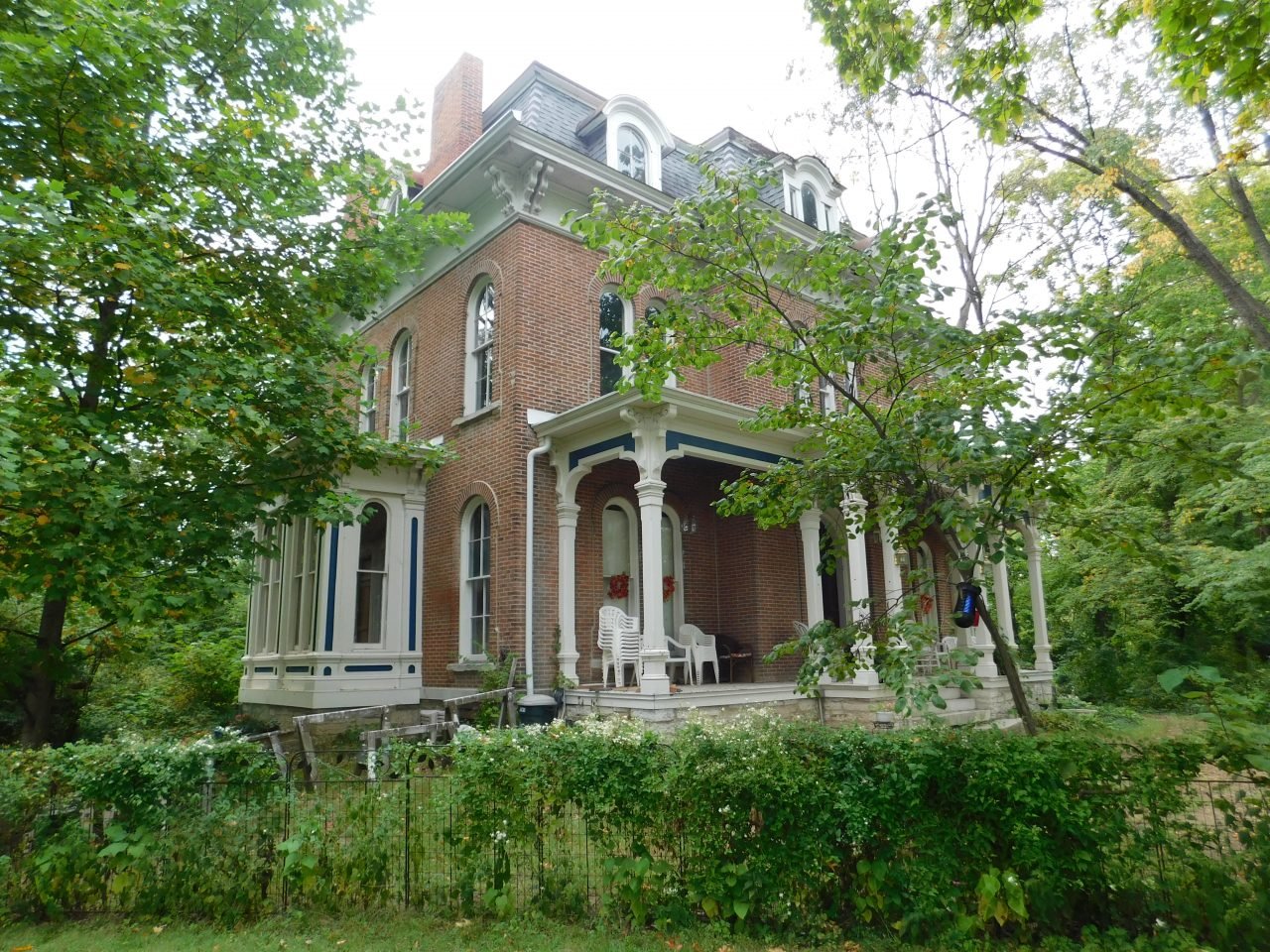 In the ghost capital of Illinois, Alton, the McPike Mansion takes the cake. This historic Italianate-Victorian style building, located on the highest point in Alton, used to be the biggest and most beautiful home of the town. Now, it is the home of 11 permanent ghostly residents. It was abandoned for a long time and that is exactly how the spirits wanted it.

Let’s begin with a little bit of history about Alton. This small town is considered very haunted, perhaps even the most haunted town in America! Why is Alton so haunted? Perhaps the answer lays in the dark and bloody history of the town. The town has seen floods, epidemics, murder, the Civil War and many more tragedies. Add some Native American ghosts and the Underground Railroad to it and voila! The railroad is even located right underneath the McPike Mansion. No wonder why it’s so haunted.

The history of the McPike Mansion

The McPike Mansion, or Mount Lookout as it’s also referred to, was built between 1869 and 1871. Henry Guest McPike (1825 – 1910) and his family were its first residents. McPike was an important member of Alton’s society. He even served as the town’s mayor for three years. McPike was also a businessman, involved with real estate and a well-known Horticulturalist. He developed the famous McPike Grape, which grew on his own 15 acres (6 ha) estate.

After McPike’s death, the mansion had several owners until it was purchased by Paul A. Laichinger. Not only did Laichinger live at the McPike Mansion, he also leased some rooms to a few tenants. The McPike Mansion sure is big enough; the three-story mansion has 16 rooms and a vaulted wine-cellar. Laichinger stayed at the house until his death in 1951. After his death, the house was abandoned for many years, which didn’t help when it came to ghost stories.

The mansion fell victim to the weather and vandalism. Most of the furniture and historic ornaments were either stolen or ruined. It wasn’t strange that people started seeing the house as a haunted mansion. The broken windows, rusting iron fence and the private graveyard gave the mansion a spooky vibe. At some point, there were plans to tear the house down and replace it in a shopping center, but these plans disappeared back into the cupboard and the mansion was saved. It was even listed on the Register of Historic Places in 1980, but it remained unoccupied until it was purchased in auction in 1994 by Sharyn and George Luedke. They still own the mansion and try to restore it in its former glory.

Believe it or not, but the Luedkes bought the mansion on impulse. They wanted to turn it into a hotel, but shortly after the buy, they learned they couldn’t get the promised grant money for restoration. That didn’t stop them. With donations and money made by giving guided tours, the two gradually restore the mansion as it would have looked like. In 2017, they were even awarded by the Alton Historical commission for the preservation work they’d done on the front porch and the conservatory.

The ghosts of the McPike Mansion

Sharyn saw her first ghost about 6 weeks after buying the mansion. She was working in the garden and when she looked up, she saw a man looking at her from behind one of the windows. She was shocked, because nobody was supposed to be inside the house. When she inspected the house, there was no one there. Later, she found some old pictures of Paul Laichinger and it was him! He was even wearing the same clothes as in the picture!

Paul Laichinger isn’t Sharyn’s only ghostly encounter. Months later she was hugged by a ghostly presence. When this ghost appeared more often, she started naming her Sarah. She was touched by the fact a psychic who contacted the ghost told her name was Sarah Wells. A book in the mansion’s library even had her name written in it! Sarah used to be a servant at the house and she’s a very friendly ghost. She likes to hang around in the attic, and she likes wearing perfume that smells of lilies.

Some of Laichinger’s tenants complained of hearing children’s laughter in the middle of the night. This was strange because there were no children on the property. Perhaps these were the two children of Henry and Eleanor McPike who died at a very young age. Their little bodies are buried in the private cemetery. They now haunt the backyard. The headstones are now broken and unreadable.

The wine-cellar is the most active area in the house. Voices and footsteps have been heard. A mysterious mist tends to follow people around in the cellar and the massive metal door scrapes on the floor as if somebody pushes it.

Paul and Sarah are the most common spirits at the house, but there are more. During a ghost tour a group was startled when a full apparition descended the stairs. She was wearing a beautiful blue gown; her hair was flowing as if a wind-machine was blowing at her and her feet were fluttering as if she was a ballet dancer. She was floating a couple of inches above the ground. Perhaps she was the woman who mysteriously died in a bathtub at the house. Psychics are convinced of the fact Henry and Eleanor McPike still reside in the house. Pacing footsteps, vanishing objects, shadow figures, faces in the windows, orbs and the sensation of being touched are common phenomena as well. But, all ghosts seem friendly.

Even though work is still in progress at the mansion, but the doors are open to the public. You can book a guided ghost tour in the house and perhaps you’ll come face-to-face with one of the ghostly residents!