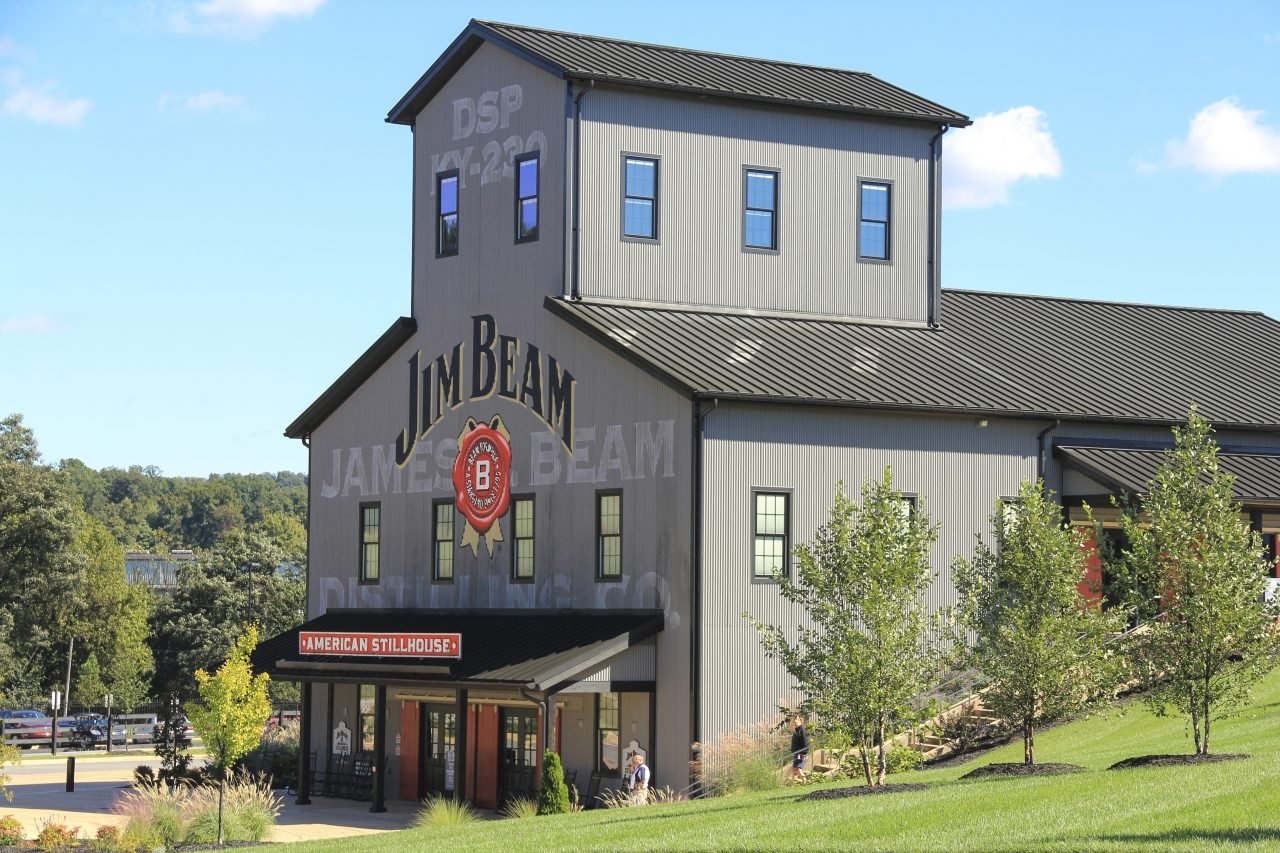 The Jim Beam Distillery has been in the Beam family for 7 generations. This place breathes 200 years of history and yes, it is haunted. But by who? Family members who still live and work on the premises may have the answers to that question. So, take a sip of your bourbon, sit back and enjoy the story of the Jim Beam Distillery.

The history of the Jim Beam Distillery

The story of the Jim Beam Distillery starts even before Kentucky was born. In 1740, when America was known as “The Thirteen Colonies”, many European settlers came on land, dreaming of a better future. As did the Böhm family from Germany. They relocated 48 years later to where central Kentucky is now and changed their name into Beam, because that sounded more “American”. They started growing corn because the hot summers and the mild winters were perfect for this crop. The nearby limestone spring made it perfect.

Some settlers, like Scottish, Irish and also German settlers, started carefully producing bourbon. Jacob Beam used his father’s recipe for whiskey, and decided to try this on his excess corn. The taste of his whiskey-bourbon was much sweeter than the better-known grain based whiskey. And then Jacob made the best decision ever: he started selling his bourbon.

The Beam bourbon through the years

Jacob Beam sold his first barrel of bourbon in 1795, just three years after Kentucky became a state. He called it “Old Jake Beam Sour Mash”. His bourbon quickly became popular on the local market. This was quite amazing because there were about 2,000 distilleries in Kentucky by the early 1800’s. Around 1880, the name of the product was changed to “Old Tub”, and business was doing great.  But then, the Prohibition came. From 1920 to 1933, a nationwide ban was laid on the production, transportation, and sale of alcoholic beverages. James B. Beam rebuilt the family business after Prohibition ended. To honor him, the bourbon and the company were renamed in 1943 once more to Jim Beam.

The Prohibition period was hard on the Jim Beam Distillery, but other things have happened here that brought challenges to the business. In 2003, a blazing fire destroyed a Jim Beam aging warehouse in Bardstown, Kentucky. Nobody got hurt, but 15,000 barrels of bourbon went up into flames. The burning bourbon flowed into a nearby creek, killing about 19,000 fish. In 2019, another fire destroyed over 45,000 barrels. This time, the bourbon was spilled into the Kentucky River. By not using water to extinguish the fire, a new disaster for the ecosystem was prevented. But, these incidents have nothing to do with the hauntings.

Jacob’s Ghost is not a real ghost but a kind of bourbon. Jacob Beam had produced a white whiskey: a much lighter whiskey that the traditional one and much more flavourish that other clear spirits. More than 200 years after Jacob’s death, the recipe was perfected and put on the market. But, there are real spirits that haunt the Jim Beam Distillery.

The ghosts of the Jim Beam Distillery

There are three paranormal hotspots at the distillery. The T Jeremiah Beam House, Warehouse D and Warehouse K. Let’s take a closer look at all these places.

This house is also referred to as the main house and belonged to several members of the Beam family. It was built in 1911 and is currently a museum. The main house is haunted by a lady. People have seen her staring out of the window and walking down the stairs. People believe she is the spirit of Lucy Beam, wife of Jeremiah Beam, who is also said to haunt his former house.

Staff of the Jim Beam Distillery claim to have heard disembodied footsteps while being in the warehouse by themselves. A man in an overall has been seen hiding in a narrow hallway where he watches people from. The spirits in Warehouse D aren’t very friendly. They just want you to leave.

This warehouse is haunted by a floating lady in period clothes. Some staff members who have seen her, don’t like spending time here by themselves. It is believed that Warehouse K was built on top of a former house. The house had burned down years before and a lady was killed in that fire. It’s believable that her spirit now haunts the warehouse. People say her name is Mary and a strong scent of flowers sometimes is smelled here, while all you should smell down here is bourbon.

The Jim Beam American Stillhouse is still in operation. Tours are given on the property (not now because of Covid-19) and you can visit the main house as well. And don’t forget to taste the bourbon!