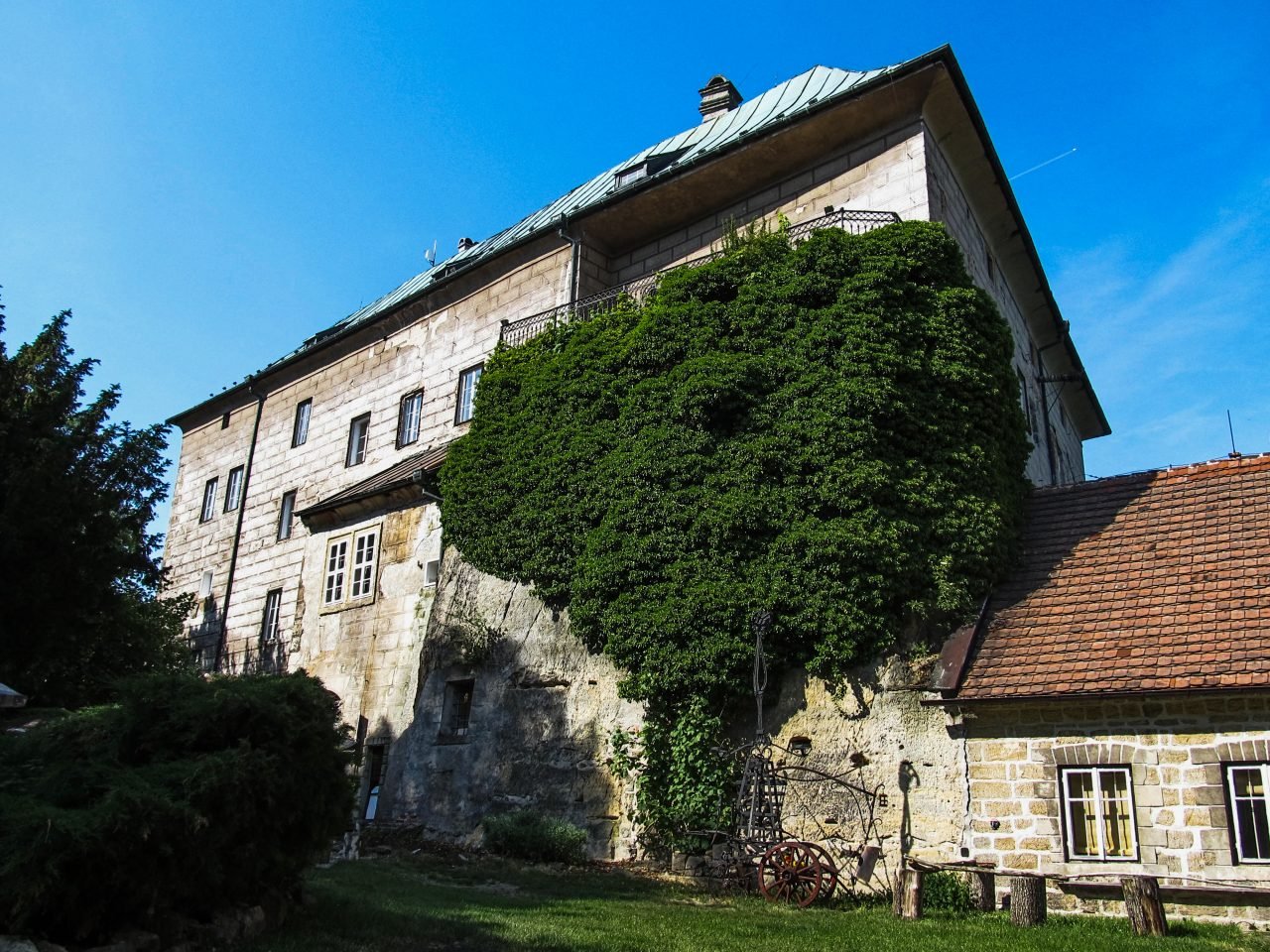 Houska Castle, or Hrad Houska, is a castle just an hour’s driving north from Prague, Czech Republic. The castle is located on a cliff and surrounded by forests, mountains and swamps. The 13th century castle is surrounded by mystery, myths and folklore. Houska Castle is even rumoured to be one of the gateways to Hell. Let’s take a look at this strange castle.

The history of Houska Castle

Houska Castle was constructed somewhere between 1253 and 1278 during the reign of Ottokar II of Bohemia. The castle is very well-preserved for a castle from that period. Houska Castle includes a Gothic chapel, a knight’s drwaing room and a green chamber with late-Gothic paintings. Ottokar II built this castle as an administration center. The purpose of this office was to manage the extensive royal estates. After Ottokar’s death, it passed to aristocracy and during that period the castle had many owners.

From 1584 – 1590 the castle was renovated and was given Renaissance-style modifications. In the 18th century, the castle fell into disrepair because it stopped to serve as a noble residence. It was renovated again in 1823 and bought by Princess Hohenlohe in 1897. In 1924 it was put up on the market again and sold to Josef Simonek, the President of Skoda. His descendants still own the castle.

During the Second World War, the castle was occupied by the German Wehrmacht. They occupied it until 1945. There are claims that the Nazis used the castle to do medical experiments on people. Some even claim they used the castle’s negative powers. I’ll get into those powers later. But, there is no evidence for that.

There are a lot of mysteries that surround Houska Castle. Let’s take a look at the location first. The castle is built right on top of a cliff, surrounded by forest, swamps and other mountains. It’s pretty hard to reach, even today. There are no nearby trade routes and, well, at first it wasn’t even built for people to live in. The castle has no external fortifications, a lot of the outside windows are fake, there’s no kitchen and there’s no water source within the castle except for a cistern to collect rain water. So, with what purpose was the castle built in the first place? Well, that story in an interesting one!

Houska Castle is said to have been built on top of a gateway to Hell. Before it was built, there was a huge, bottomless pit on the cliff. Nobody knew how the hole had gotten there, but it was a huge source of folklore. People claimed demonic winged creatures and half animal half human creatures would crawl out of the pit at night, finding their way into the village below, taking everyone outside into the pit with them. Before the castle was built, the pit was used to pardon prisoners from the death sentence. If they agreed to be lowered into the pit so they could report what was in it, they’d be free.

There is this story about a young man who indeed agreed to be lowered into the pit. They put robes around him and lowered him down, but after a few seconds he started screaming in pure agony. He begged to be pulled up again. When the man was safely back up, the guards were startled by his appearance: he aged more than 30 years! His hair was all white and his face was badly wrinkled. He didn’t want to speak about the things he saw and he died a few days later from unknown causes.

Houska Castle has a Gothic chapel. It’s not big, but built exactly above the bottomless pit, as if to keep the evil in. When you take a closer look at the murals and the frescoes in the chapel, you’ll notice something if off here, too. They don’t show the regular biblical images. The murals and frescoes show dragons, demonic creatures and Pegan rituals. Just like the image of the female centaur who is left-handed. This was considered to be a token of evilness. These are highly uncommon inside a chapel! This is really weird, considering the fact they constructed the chapel on top of it so that it would cover the pit up. People claim to hear screams and cries coming from the floor, where the gateway to Hell is located underneath. As if the creatures are still trying to claw their way our into our world.

The ghosts of Houska Castle

Houska Castle is also haunted by “normal” ghosts. A human/frog/buldog-like creature is said to roam the castle halls. The courtyard is haunted by a headless ghost with blood gushing out of his wound, many shadow people have been seen and there’s even cases of poltergeist activity. The demonic art work throughout the castle doesn’t give people a comfortable feeling, either. Some claim that visiting the castle brings bad luck.

Houska Castle is open to the public, so you can find out if the creepy legends are true for yourself. I just love the folklore that surrounds this strange castle. It’s on my paranormal bucket list, for sure!