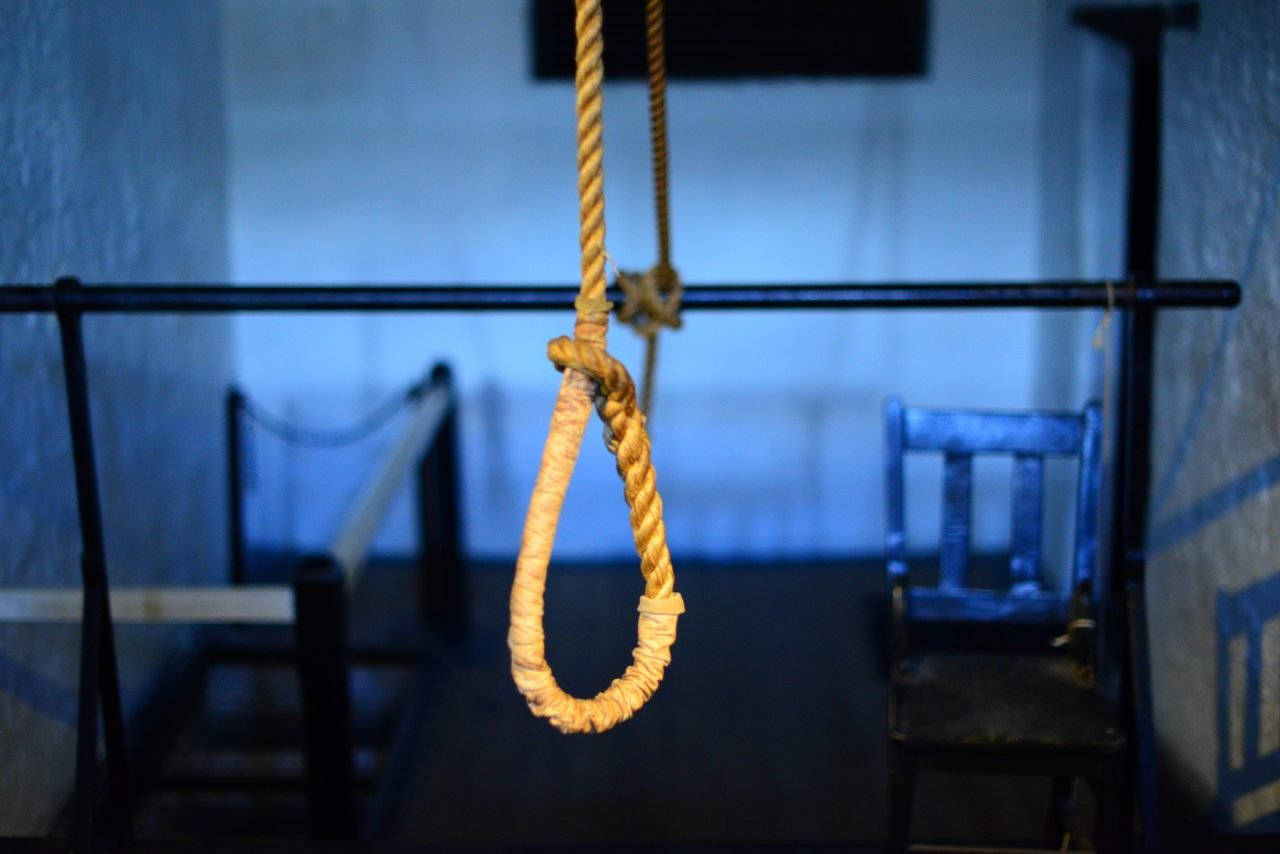 While visiting Edinburgh September 2019, I attended a ghost tour. The Doomed, Dead and Buried tour from Mercat Tours definately is a must-visit when you are in this Scottish city. Our tour guide took us along the most haunted places including the Edinburgh Vaults. But she also told a wonderous story. That of Half-hangit Maggie.

Margaret, or Maggie, Dickson worked at the Old Fishmarket Close on the Royal Mile in Edinburgh. She was doing well until her husband died and Maggie was forced to find a job elsewhere. She moved to the Borders and found a job at a local inn as a housekeeper. The inn-keeper’s son was more than interested in Maggie and they had a secret affair. When it turned out Maggie was pregnant, she had to keep it a secret. She couldn’t afford losing her job.

To conceal her pregnancy, Maggie wore tight clothes. This probably didn’t do the baby much good. The baby was born prematuraly and died within a couple of hours. Maggie knew she had to dispose off the baby’s body, so she took it to a nearby river. Her original plan was to throw the baby in, but she didn’t have the heart. So she left the baby on the bank, wrapped in a blanked.

The baby’s body was found not long after Maggie had placed it near the river and somehow the trace led to Maggie. She was arrested for child murder and sentenced to death by hanging in 1721. Maggie was taken back to Edinburgh where she was hanged in public. After her death, she was taken down and her remains were taken care of by her friends. She was placed in a wooden coffin and taken to her final resting place.

Is it a ghost?

On the journey to Maggie’s final resting place, her friends started hearing noises. At first they had no idea where the noises came from, but soon they discovered they were coming from inside the coffin. Completely terrified, Maggie’s friends opened the coffin. They found Maggie, still a bit dazed, but very much alive! Maggie survived her hanging! And because one couldn’t get sentenced to death twice, she was a free woman!

Maggie Dickson lived happily ever after. She found a new husband and had three more, heathy babies. After Maggie’s incident, the law did change. “Until death” was added to the sentence, but Maggie couldn’t care less. She even had a pub named after her! Don’t you just love stories like this?

Ah Paris! City of romance and… ghosts! The Paris Catacombs aren’t the most ideal place to take your date, unless she’s interested in the paranormal and in creepy places. Underneath the city of Paris there is an underground corridor system which is 290 km (180 miles) long. These corridors originated in the Roman times, and […]
If you take a close look at Sweden, you’ll see that it consists of many small islands. Especially around the capital of Stockholm. One of these islands, Lovön, is the site of a magnificent palace: Drottningholm Palace. Even today, this is the private residence of the Swedish royal family. But they don’t live there alone… […]