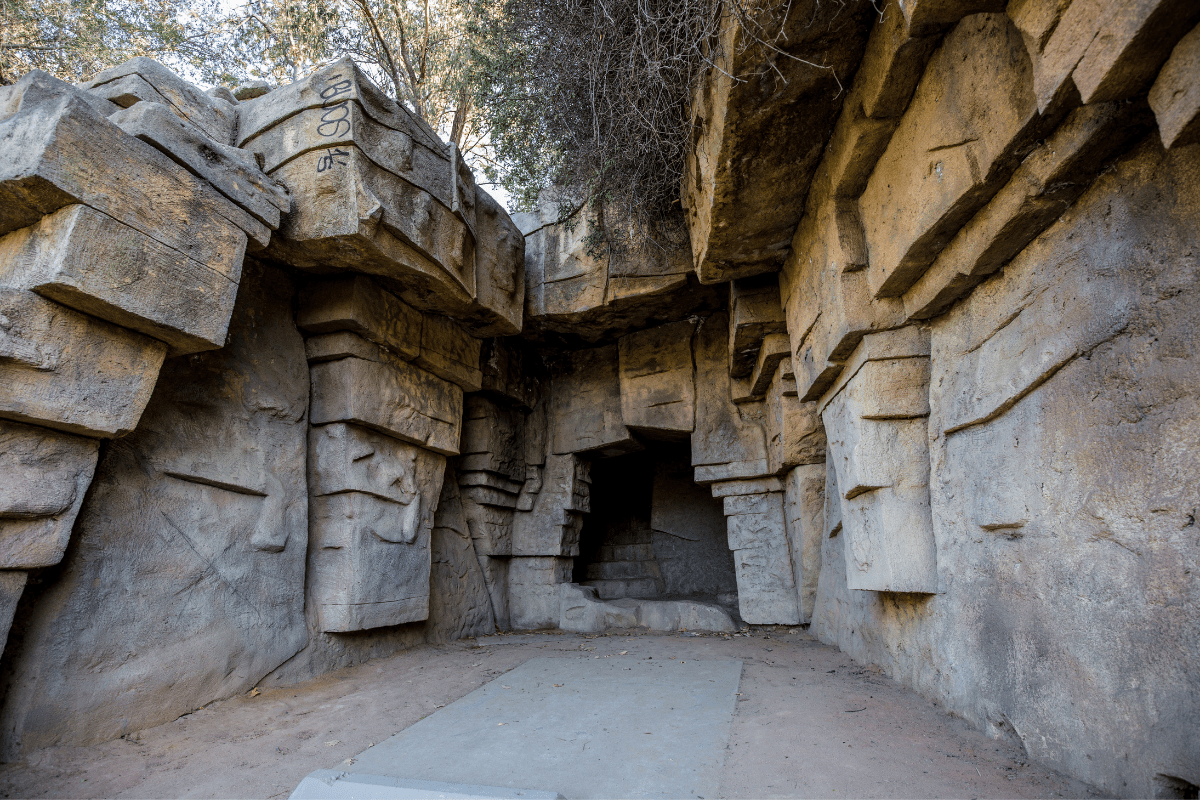 You might know Griffith Park Zoo by the name The Old LA Zoo, which is located in Griffith Park, Los Angeles, California. Even though the zoo has been closed since 1966, it’s still a place where people like to hang out. During daytime that is, because after dark it’s a creepy place. The ruined animal enclosures give many the creeps. And then there is that 150-year-old curse…

The history of Griffith Park Zoo

Griffith J. (Jenkins) Griffith was an industrialist and philanthropist who had made a significant fortune of a mining syndicate in the 1880’s. The land itself didn’t bring him much luck, so at some point he decided to donate the 3,015 acres of land to the City of Los Angeles. Griffith Park Zoo was opened in 1912, on the spot where Griffith had his defunct ostrich farm.

The zoo only had 15 animals to begin with, but in the mid 1920’s film producer Nicholas Selig donated the zoo many more animals. These animals were part of his failed project. His original plan was to convert his studios into an animal theme park. In 1930, the zoo was expanded with help of Theodore Roosevelt’s New Deal project. But, the cages were small and outdated. And, in spite of the fact the zoo had 2 million visitors each year, Griffith Park Zoo was closed in 1966.

After Griffith Park Zoo closed it wasn’t demolished. The animals were transferred to the Los Angeles Zoo, but the old animal enclosures remained intact. Some bars were removed and picnic tables were placed inside. It was turned into an urban jungle and people love it! But at night, when the public is gone, eerie things happen.

The curse of Griffith Park

Griffith Park has been the dumping place for several murder victims. In 2012, a human skull was found. Studies showed it had belonged to a woman in her 20’s, but the cause of death, her identity and the rest of her remains were never found. And then there is the curse of Griffith Park. About 150 years ago, the land belonged to a big land owner and farmer Don Antonio Feliz. He became the victim of smallpox in 1863. On his deathbed, he was tricked into changing his will. His plot of land was inherited by a local politician. Don Antonio’s niece, Dona Petronilla, quickly understood what had happened. She cursed the politician and the land. No success would ever be made on the land. And the politician died not long after she cursed him.

Whether or not Dona Petronilla’s curse worked or not is unclear, but certain is that the land suffered a lot before it became a park. The next land owner started a cattle farm. But not long after he started his business, the cattle contracted a disease and eventually they all died. Later crops were destroyed by fire and pests. When Griffith J. Griffith bought the land, a nasty thunderstorm caused major flood damage.

Some of his ranch hands said they had seen a shadowy figure cheering and dancing in the lightning. Was this the ghost of Don Antonio? Griffith eventually donated the land to the City of Los Angeles. But that didn’t end the suffering. During the Great Depression (1930) when workers were making changes on Griffith Park as part of the New Deal Project, a wildfire swept through the park, killing 30 of them.

The ghosts of Griffith Park Zoo

The ghosts of Don Antonio and Dona Petronilla have been seen near Griffith Park Zoo. Dona Petronilla has been seen in a white dress riding a white horse and Don Antonio has been spotted near Bee Rock. But the zoo is haunted as well. Laurie Stinchield, a Pet Psychic, visited the zoo in 2010. She immediately envisioned the animals that used to live at Griffith Park Zoo. She saw malnourished big cats feasting on cage mates, a monkey that accidentally hung itself, elephants with sore infected feet and other suffering animals. Some claim they can still hear the phantom sounds of  animals in distress when they pass by the zoo at night.

Today, Griffith Park Zoo is part of a hiking trail through the park and picnics are allowed. At night, the zoo is closed for the public. When you visit, beware of the Beast in Griffith Park. This “unusually large coyote” according to an eleven-year-old who encountered it, is rumored to be a werewolf, demon or another kind of dark creature. But don’t worry, it has only been seen at night.