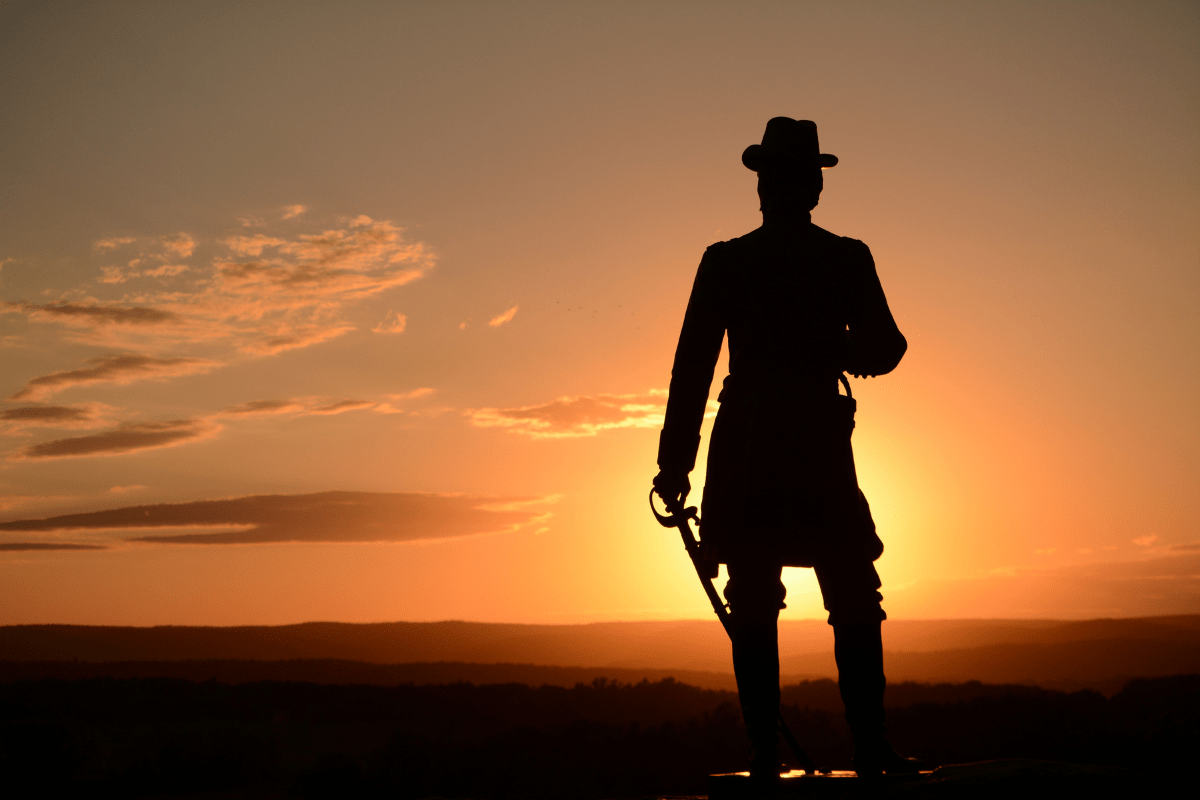 Gettysburg is a small borough in Pennsylvania. It has about 8000 residents and is mostly rural land. However, Gettysburg has played a huge part in the American history. This is where the biggest battle of the American Civil War took place. Even today, everything in Gettysburg reminds of that period back in 1863. And for some souls the battle is everlasting.

The American Civil War, also known as the “War between the States”, took place between 1861 and 1865. The war was between the Northern States (the Union) and the Southern States (the Confederate States of America). At least 618.000 soldiers were killed in battle and another 500.000 got injured. Eventually the war was won by the Northern States after the South had surrendered. One of the main reasons of the American Civil War was the slavery. The Northern States were more industrialized and started looking at slavery as something immoral, while the Southern, more agricultural states, depended on the slaves for working on the land.

Northern Quakers had set up the so-called Underground Railroad to help slaves to escape. This obviously angered the South. The book “Uncle Tom’s Cabin” (1852) by Harriet Beecher Stowe for example, was of great importance during the war. She was even accused of causing the American Civil War at some point, but it later turned out that the abolition of slavery was a result of the war, not the cause. The Southern States were already the losing side for over two years, but they refused to surrender without a fight.

General Heth of the South (Confederate States) had heard that in a rural place called Gettysburg loads of shoes were available. He sent his troops there because there was a huge shortage of shoes, but instead of finding shoes he found something else. In Gettysburg he stumbled upon two cavalry brigades from the North under John Buford. Gettysburg is an enclosed valley, so there was no way out.

Heth decided to attack the brigade after he sent a couple of his troops back to get reinforcement. Buford’s brigade was outnumbered, but he managed to hold out by occupying the hills. That’s how the Battle of Gettysburg started on July 1, 1863. The battle ended on the 3rd of July. More than 7,000 dead and over 23,000 injured soldiers colored the grass bloodred. Houses and barns were taken and converted into improvised emergency hospitals. It was hell on earth.

The ghosts of Gettysburg

The battle has left the once so peaceful land with deep scars. Throughout the years there have been many claims of people having seen, felt, smelled and sensed something they cannot explain here. Let’s zoom in on some of the most haunted locations at Gettysburg.

Devil’s Den, a large rock in the middle of a large field, is the place where the “Hippie of Devil’s Den” is often seen. This is a spirit which seems to be made of flesh and blood. He wears shabby, old fashioned clothes and a baggy hat. His long hair and bare feet have given him his nickname, but he was probably a member of the Texan Division called “Rag Tag”. Everyone who has had an encounter with this spirit claims the same. He walks towards you and says: “What you are looking for is over there”, and then he points at Plum Run. After he spoke his words he simply disappeared. 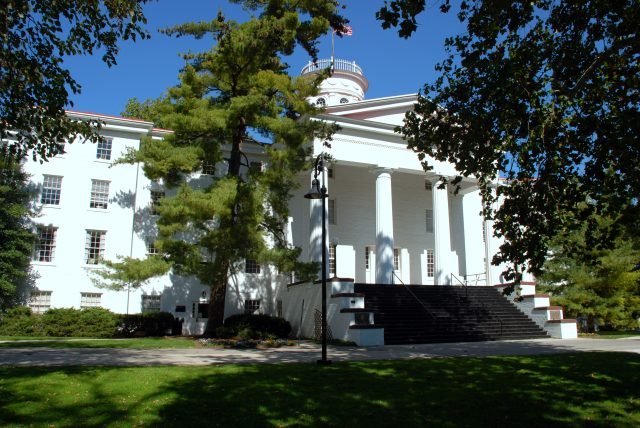 The Pennsylvania Hall was one of the buildings that had been used as an emergency hospital. It now serves as an administration building for the Gettysburg College. In the basement is a storage for office supplies. When one day two employees went to the basement to get some supplies, they got the fright of their lives. When the elevator doors opened, the storage was suddenly transformed into a chaotic army hospital.

Doctors and nurses covered in blood tried desperately to keep the injured soldiers alive. Dead and near dead soldiers were lying on the ground. The two employees didn know how fast they had to get out of that dreadful place and pushed the elevator button in sheer panic. One of the nurses reacted to the sound of the elevator and looked at the two directly with a pleading look in her eyes.

Many soldiers were killed at Sachs Bridge. In 2004, a group of investigators went to this location to look for paranormal evidence. After a while, a strange mist appeared, even though it was a clear Summer evening. Along with the mist, several orange light orbs came which appeared to be dancing on the field. Immediately, the group started hearing the sounds of canons and neighing horses.

After about 20 minutes the mist disappeared along with the sounds and the orange orbs. Later that night, 7 members of this group returned to Sachs Bridge. Again the spirits showed themselves. Human shaped shadows ran across the field, the orange orbs re-appeared as well as disembodied voices and neighing horses were heard. But, when they heard the sound of a growling man up close, they decided to leave.

They were not the only ones who were scared away. A mother and her daughter visited the Gettysburg battlefields to have a picnic and had to leave in a hurry as well. They were startled when they suddenly heard voices shouting: “Get up! Get up! Go! Go!” followed by “Charge!”. After that they heard screaming and moaning. There was not a living soul around that time.

The Farnsworth House Inn was also used during the fight. There are literally hundreds of bullet holes in this old inn. Back then, the inn was already 53 years old. It’s still a hotel today. One of the rooms, The Garret, is sealed off completely. Things were pretty rough there, paranormal wise. The lock rattles on and on and the adjacent bathroom is regularly found stained with blood. That room was used by three Confederate snipers. One of them was either injured or killed in that room.

In another room, on the top floor, a man continuously cries. He has been seen carrying a child in his arms. The door to the basement is frequently opened by a soldier carrying an injured comrade. It can get freezing cold here and sometimes the biting scent of cheroot cigars is smelled. Beds tend to move on their own accord and a woman felt someone was carefully stroking her hair at night. It couldn’t have been her husband because he was sound asleep.

The George Weikert House is now part of the Gettysburg National Military Park, but it’s extremely haunted. One door on the second floor refuses to close, even when a carpenter nailed it shut. Heavy footsteps have been heard in the attic, while no one else is in the house.

The Hummelbaugh House is also haunted. The screaming voice of Sergeant William Barksdale is frequently heard here. When he got injured he was taken care of in the house. He just keeps on yelling for water. He eventually died of his injuries at the house. When his wife came to claim the body, she brought their dog along. The poor dog was inconsolable by the death of his master. The poor animal refused to leave his master and died a couple of days later of hunger and thirst. Every year, on Barksdale’s anniversary of death, a bloodcurdling howl of a dog is heard.

The Rose Farm was used as an emergency hospital and the land around it was used to bury Confederate soldiers. The doctor’s daughter eventually went mad in the farmhouse. At some point, she even saw blood seeping through the walls.

It’s definitely worth your time to visit Gettysburg. You can visit the museum and have a walk across the battlefields. There are several war monuments there. And who knows what you’ll encounter at night. What an amazing place!