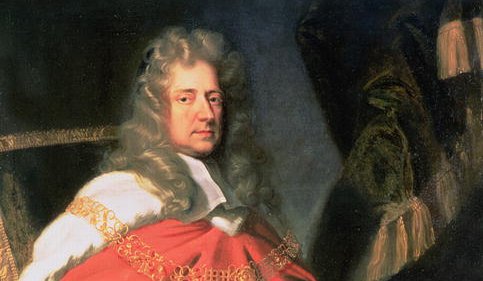 George Jeffreys, or 1st Baron Jeffreys, was born May 15, 1645 in Acton Hall, Wrexham, North Wales. He was a very passionate judge, like his grandfather, and he even earned the title Lord Counsellor at some point. The problem with old George was that he was a little too passionate, which earned him a questionable nickname.

George’s father, John Jeffreys, was a Royalist during the English Civil War. After the war, he served as High Sheriff of Denbighshire. George, however, had other ambitions. George wanted to follow his grandfather’s footsteps. His grandfather had always been Chief Justice. He was educated on his grandfather’s old school (Shrewsbury School) and worked his way up, graduating at Cambridge in 1662. After several functions in law, he became Lord Chief Justice in 1683. He even became Lord Chancellor in 1685.

George married twice. His first wife, Sarah, gave him seven children. When she died in 1678, he remarried a woman named Anne. She was a 29-year-old widow. Anne wasn’t an easy woman to handle, in fact, people claim George was terrified of her. There’s a funny poet about him, rescuing the dragon instead of the maiden (his wife).

George got his fearful nickname “the Hanging Judge” during the Monmouth Rebellion in 1685. According to the legend, he has sentenced 700 people to death by hanging. Court was held at the Skirrid Inn and at Plas Teg.

The end of George Jeffreys

During the Glorious Revolution (1688 – 1689) King James II, who approved of George’s actions, fled the country in fear of imprisonment. George Jeffreys stayed in London until the Dutch William III’s troops nearly entered the city. He then tried to follow the fleeing king, but he was captured and put in prison himself. He died at the Tower of London April 18, 1689 of a kidney desease.