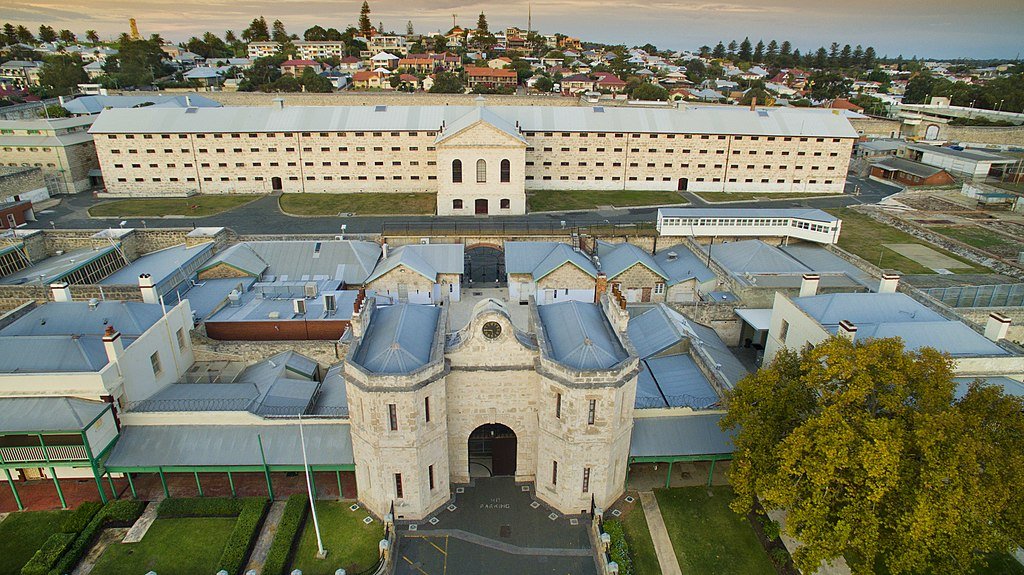 Fremantle Prison (or Fremantle Gaol or Fremantle Jail) is located in Fremantle, Western Australia. The facility opened in 1855 and closed in 1991. Today, the Fremantle Prison is the best preserved correctional facility in the whole nation and considered a World Heritage Site. And yes, it’s haunted.

The history of Fremantle Prison

Swan River Colony, later named Fremantle, was established in 1829 as a “free settlement”. By the 1840’s, as the settlement flourished, there was a need for cheap labourers. As a result, the colony accepted some British convicts to come to Australia to work. So, initially this colony differed from other penal settlements such as Norfolk Island and Port Arthur. There was only one problem: the colony’s Round House, which was built in 1831, was completely full. So when the first ship with British convicts arrived in Western Australia, all 75 of them were forced to stay on board the Scindian. The Scindian was a British ship and is considered to be the first convict ship to travel to this part of Australia.

A new prison was built

To house all British convict-labourers, a new prison was to be built. In 1851, the start of the construction began. The first convict was “welcomed” in 1855. Back then, the prison was simply known as the Convict Establishment. It was renamed Fremantle Prison in 1867. The design for the Fremantle Prison was based on the English Pentonville Prison, although the Australian building was much bigger. The Main Cellblock alone could house up to more than 1,000 convicts! At first, the convicts at Fremantle were generally short-sentenced prisoners of good character, but soon less desirable convicts were sent. Eventually, in the 20th century, most convicts at this prison were violent offenders, serving long sentences.

Discontent among the prisoners

As the offenders grew more violent and more dangerous, the less freedom they got. In the beginning, the convicts were sent off working on infrastructure and construction jobs such as building the Fremantle Asylum, now known as the Fremantle Arts Centre in 1867. Because of their violet nature, the convicts were no longer allowed to work outside and jobs needed to be found inside the prison complex. There were some workshops, but not enough to employ all convicts. The convicts weren’t happy about this. There were several riots. Eight of these riots got pretty out of hand, especially the Fremantle Prison Riot of 1988. Prisoners have started a fire and taken 15 hostages. In the end, nobody got hurt, but the prison was severely damaged.

The original Round House, which served as a prison and a courthouse, also served as a place for public executions. This remained that way until Fremantle Prison came under local control in 1886. Then, the gallows were constructed. It was completed in 1888. Fremantle Prison was the only place in Western Australia where executions were allowed. Here, 43 men and one woman were hanged here between 1889 and 1964. The first person to be hanged at Fremantle Prison in 1889 was a murderer named Jimmy Long and the last person was serial killer Eric Edgar Cooke (also known as the Night Caller or the Nedlands Monster) in 1964. In Australia, capital punishment was abolished in 1984. Punishments given at the prison were flogging (until 1943), solitary confinement and a restricted diet of bread and water.

When John Hampton was appointed governor of Western Australia in 1862, the convicts of Fremantle Prison faced a dark period. Governor Hampton was tyrannical and harsh and this made him extremely unpopular with the colonists. If a prisoner attempted to escape, he demanded 100 lashes with the “cat of nine tails” whip, up to 9 months in solitary confinement starting with 30 days on a bread and water diet. But that didn’t stop the convicts. During the time Hampton was governor, more than 90 convicts tried to escape prison. Some succeeded, most of them did not. But there was one man who seemed to enjoy shaming Hampton: Moondyne Joe.

Joseph Bolitho Johns, better known as Moondyne Joe, was a well-known Australian bushranger. In 1853, he was imprisoned at Fremantle Prison (then the Convict Establishment) for stealing a horse. He had three years to serve. He was set free, but was sent to prison again in 1865 for stealing and killing an ox. This time, Governor Hampton was in charge. Moondyne Joe escaped while working outside that same year. He was captured and his imprisonment was extended by one year. One year later, he attempted to escape again. Once again, he was discovered and five more years were added. Governor Hampton was shamed by Joe’s attempts, which were also picked up by the Perth and Fremantle newspapers. He ordered his son George to build a jail for Joe from where it was made impossible to escape.

But, Moondyne Joe could not be stopped. Due to a poor health condition, Joe was sent out breaking stones in the courtyard. The labour is tough, but the fresh air and the exercise were good for him. Joe was breaking stones every day of the week and a huge pile grew. Soon, he was able to hide from sight completely and he was able to dig a hole in the prison wall with his pickaxe. He did it again! And this time he was a free man for two years! Until he was caught stealing wine in the cellar of Houghton’s Vineyard. Joe was lucky, though. Governor Hampton had been replaced in his absence and the new governor was a more forgiving man. Joe was given a ticket of leave in 1871 and was released in 1873. But his story continous later, at the Fremantle Asylum.

The ghosts of Fremantle Prison

A place like this is expected to be haunted, and it is. The sound of rattling keychains, disembodied footsteps and voices and visitors who take pictures with the gallows tend to appear headless when they look at it later. Cameras tend to fail, there are orbs and strange light anomalies, flying bin lids and funny smells. Several guards claim to have seen the apparition of a man in black. One of them even fainted when he laid eyes on the figure. No one knows who he is.

The ghost of John Gavin

The story of John Gavin is a sad one. John was a 15-year-old farmhand who was accused of murdering the child of the family whose farm he worked at. John insisted he was innocent, but was sent to the gallows in 1844 outside the Round House. He was a light-weight boy so chains were attached around his legs to make sure he had enough weight to break his neck.

Later, the mother of the murdered child was diagnosed with postnatal depression. She most likely killed her own baby and blamed it on John. John is believed to haunt the Shipwreck Galleries, making banging noises on the walls. Visitors also see things from the corners of their eyes, but when they look, there’s nothing there. I highly recommend visiting this museum if you’re in Fremantle. The original timbers forming part of the hull belonging to the Dutch ship Batavia are found here. The ship was wrecked in 1629, during its maiden voyage.

The ghost of Martha Rendell

Of the 44 people who were hanged at Fremantle Prison, one was a woman. Martha Rendell was sentenced to death for killing the son of her new husband. She was also accused of killing his two daughters, but their deaths were not directly linked to Martha. She was hanged in 1909 and staff and visitors claim to see the face of a woman in the chapel windows of the prison. 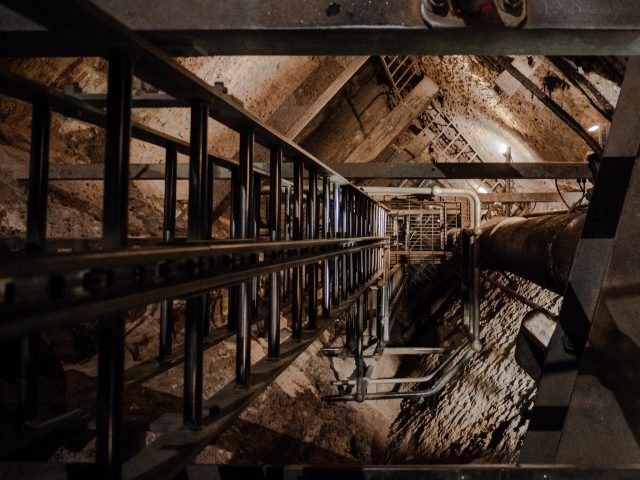 The Prison museum is open on a daily basis and it attracts many visitors each year. Guided tours are provided, as well as a flashlight tour which focuses on the ghosts and a tunnel tour. These tunnels were used to pump freshwater from. While you’re there, try to pick up some of the energy of the former prisoners. You won’t be disappointed!

Do you want to read more stories about haunted places in Oceania? Click here!