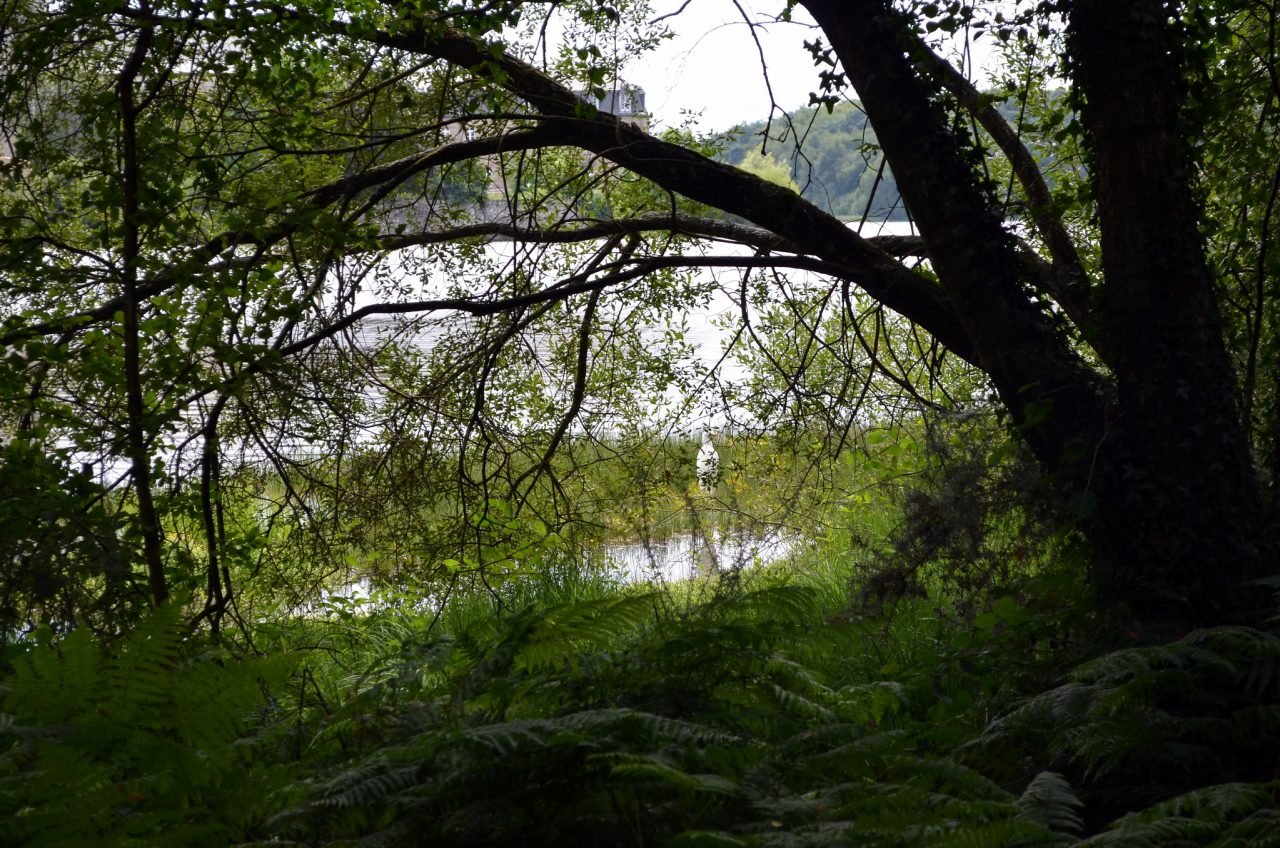 Everybody knows the Legend of King Arthur. Even today, people are trying to find evidence of the existence of this once powerful King. Perhaps you think his story only ties to England, but this story will tell you otherwise. The cradle of King Arthur’s legend is in Brittany, France, in a mysterious forest called Fôret de Brocéliande. This ancient forest is full of legend and mystery.

The history of Foret de Broceliande

Fôret de Brocéliande is in the French department Ille-et-Vilains near the village Paimpont. The forest is officially named Fôret de Paimpont, but most people use the name Fôret de Brocéliande. The forest is huge with its 22,240 acres (9000 ha) and most of it is privately owned. It is slightly sloping, and you can find deer, squirrels, hedgehogs and many birds here. The exact age of the forest is unknown, but it’s part of the Armorican Massif and is therefore millions of years old.

A forest this ancient holds many tales and legends. So does Fôret de Brocéliande. It’s not strange that your imagination goes wild among the century old oaks, megaliths and many creeks and lakes. And then there is this fairytale like castle looking out on the forest; Château Comper, or Comper Castle. This castle is ancient as well. It probably dates from the 9th century when King Salomon ruled Brittany from it. Comper Castle also belonged to Baron Raoul de Gaël-Monfort, a close friend of William of Normandy, better known as William the Conqueror.

So, how does King Arthur end up in France? Well, the legend starts right in this enchanted forest. According to documents dating from 1160, the journey of King Arthur starts in Brittany. This is not so strange, because this part of France was woven in England’s history around that time. Many key characters in the Arthurian Legend find their origin here. Let me walk you through them.

The Lady of the Lake

The fairy Viviane (in French: Ninienne) is often referred to as the Lady of the Lake. She’s the one who brought Arthur to Excalibur, she raised Lancelot after his father, Ben de Benoic, died and she brought Lancelot to Arthur when he was already in England. But she has a dark side as well. According to the legend, she put the Wizard Merlin under her spell. In fact, she locked him away in a tower to keep him for herself until his death. His alleged former house and grave are in Fôret de Brocéliande. You can find them in the woods, but you need a map to locate them.

Near the forest you’ll find the Val-Sans-Retour (Valley of No Return). This place was used by the sorceress Morgan (Morgaine) Le Fey, Arthur’s half-sister, as a prison for unfaithful men. The men were eventually rescued by the knight Lancelot.

Lancelot was a devote knight of King Arthur, but he was also very much in love with Queen Guinevere (in French: Guenièvre). He declared his love to her on The Bridge of the Secret, which is located near Paimpont.

There are a lot more structures that speak to the imagination in this forest. Like the Tomb of the Giants, a huge megalith which is quite suitable for a giant. The Druid Tomb is also interesting. Make sure to visit the Garden of the Monks and the Fountain of Jouvence. According to Merlin this is the fountain of eternal youth (as long as you play by the rules).

This gigantic oak is probably between 800 and 1000 years old. And it’s completely hollow, which is quite unusual. It was given the name “Guillotin” because the Abbot named Guillotin once hid inside the oak to escape the horrors of the Revolution. He managed to escape his faith by staying inside the tree for a couple of days.

Another naturally shaped fountain can be found in the forest. The Fountain of Barenton is said to have magical powers as well. If only one single drop of water falls onto its stones, a terrible thunderstrike will be heard.

The legend of the golden tree

A bare golden tree also stands proudly in the forest. Legend says a young girl who was collecting wood stumbled upon the tree one day. The tree had golden leaves and the leaves were harvested by the goblins. These goblins would use them to create magic potions. The child was enchanted by the beautiful golden tree, but when she touched it, she was turned into a burned tree. When the villagers noticed the girl didn’t return, three of them went into the forest to look for her. They also found the tree and were turned into burned trees as well. They now all surround the golden tree.

Sorry, the legend of the tree is just a legend. But the golden tree does exist! The valley fell victim to a terrible fire in 1990. The fire destroyed large parts of the forest. The golden tree, L’Arbre d’Or, was created in 1991 by artist François Davin. It resembles the re-birth of the forest but also the vulnerability of nature. The tree is surrounded by several burned trees as a remembrance of what happened in 1990.

Sorry, there are no juicy ghost stories about this fantastic place. I couldn’t even find one on Comper Castle with all its history. But this place is magical, and I know you can all appreciate the King Arthur Legend. Do you believe King Arthur existed?