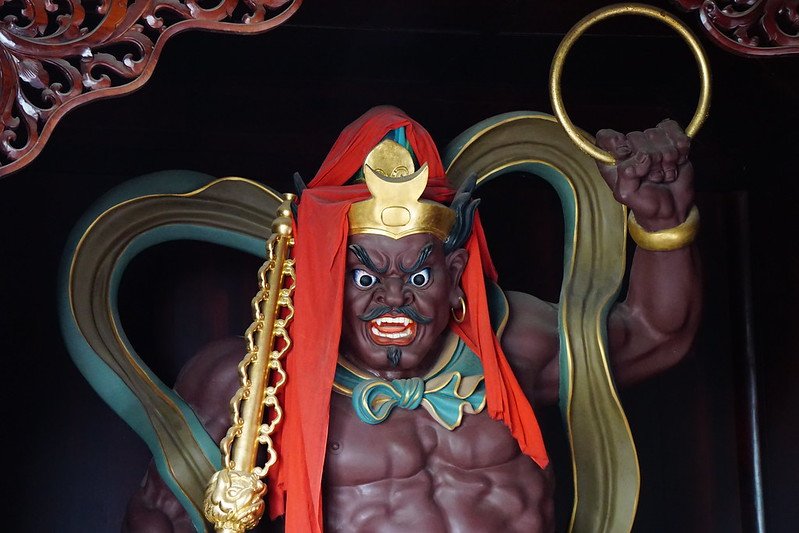 North of the Yangtze River, on Ming Mountain in the Chinese province of Chongqing, you’ll find Fengdu, Ghost City. This city is one large collection of temples, memorials and monasteries. And they are all about life after death. But, why was it built? And for who? Let’s take a closer look.

The history of Fengdu Ghost City

According to the legend, Fengdu Ghost City originates back to the Han Dynasty. Two civil servants of the Emperor, Yin Changsheng and Wang Fangping, went up to the Ming Mountain to practise Taoism. During the complicated process they became immortal. The combination of their names “YingWang” means “King of Hell”. This was the beginning of the creation of the Underworld on this spot. The many temples and memorials show images of people who are being tortured because of their sins. Only a pure soul can move on to the Afterlife, in other words, Heaven.

All the buildings and dioramas in Fengdu Ghost City are related to Diyu. Diyu is the Chinese and Buddist mythological representation of the Underworld, in other words, Hell. The complex is built to resemble Youdu, the capital of the Underworld. It is unknown how long Fengdu has existed, but it’s been mentioned in documents dating back 2000 years ago.

According to Chinese mythology, the dead have to pass three tests before being allowed to the Afterlife. The first test is to cross the Modoribashi: the Bridge of helplessness. This stone bridge was built during the Ming Dynasty and is a test for Good and Evil. It has three identical arcs. The dead are put to the test at the second arc. There are several procedures to cross the bridge. These depend on sex, age and marital status. The demons on the bridge will let you pass or they’ll stop you. The good and pure are allowed to the next test, but the evil dead will be thrown into the water. Today, this ritual is imitated by actors dressed as demons.

During the second test, the dead will have to face Yama, the King of Hell. The 18 demon statues while make them undergo different types of torture to pay for their sins. Various dioramas show what happens to the dead. These images aren’t for the faint hearted.

The third and final test is executed at the entrance of the Tianzi Palace. This is the oldest building of Fengdu. All dead have to balance on one leg on a certain stone. They have to keep this up for three minutes. Only the good and pure can fulfill this task. The evil dead will fail and they’ll go straight to Hell.

When you’ve made it through all the tests you can have a final look at your home and family at the “Last Glance to Home” tower. This tower wasn’t built until 1985, but allows the dead to say farewell to their earthly life. After the goodbye, the dead will make his or her final journey to the Afterlife. 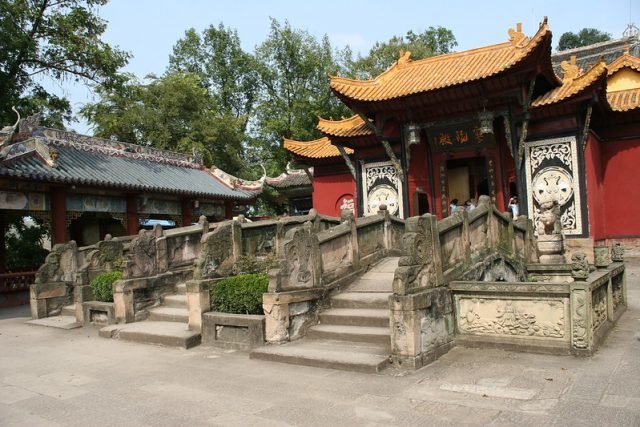 Fengdu Ghost City became separated from the province when the Three Gorges-dam was constructed. Part of the city is now beneath the water, but that doesn’t stop the tourists from visiting. You can visit Fengdu by booking a cruise on the Yangtze River. A chairlift will bring you to the city of the dead. Do you think the dead can still make the journey with all these tourists hanging around?

Do you want to read more ghost stories of places in Asia? Click here!