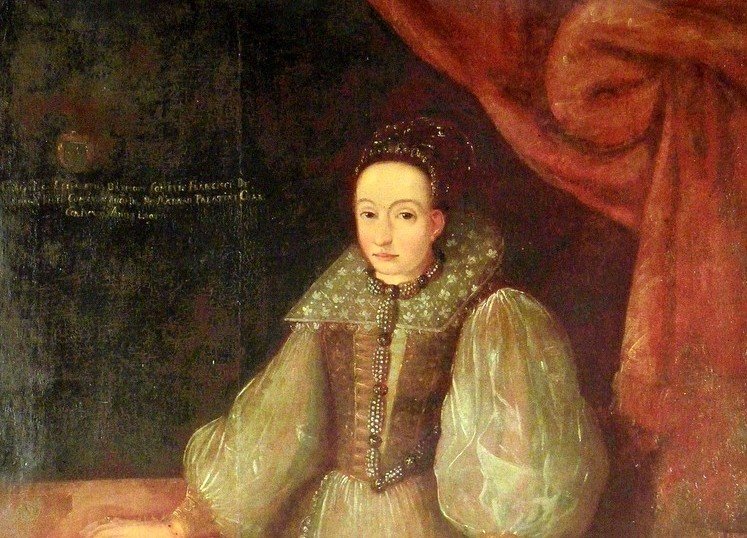 The Hungarian countess Erzsébeth Báthory (August 7, 1560 – August 21, 1614) lived in Castle Čachtice, which is now located in current Slovakia. Erzsébeth has earned a spot in the Guinness Book of Records because of the many murders she committed. Why? Because she believed that bathing in the blood of virgins kept her skin young.

At the age of 15, Erzsébeth married Count Ferenc Nádasdy, Hungary’s Black Hero. As many marriages back in the days, it was not built on love but on power. As a gift from Ferenc, he gave Erzsébeth Castle Čachtice, which was built in 1276, and 17 surrounding villages. Ferenc took part in many battles and fights and was hardly at home. Erzsébeth got really bored. But, soon Erzsébeth found herself a new “hobby”.

Forever young because of blood

When a servant pulled Erzsébeths hair too hard while brushing it, she hit she poor girl in the face. Her nose started bleeding and the blood touched Erzsébeths skin. Something magical happened; her skin started looking younger and started glowing. At least, that’s what she saw. This was the beginning of a very bloody history. From then, servants started to disappear.

The story goes that Erzsébeth killed them and bathed in their blood. In 1604, her behavior even got worse. Ferenc’s death probably played part of this as well. She killed up to 700 people, just for their blood. When she founded a school for young girls to be taught etiquettes, and those girls never came home thereafter, people started knowing something strange was going on.

King Matthias of Hungary also got complaints about the “Blood Countess”. He sent some men to investigate the matter. They found multiple injured and killed girls at the castle and Erzsébeth was arrested along with four accomplices. These accomplices were sentenced to death. They were killed the same way the victims had died. Erzsébeth was imprisoned. She couldn’t be executed because of her title. She was walled up in her own castle in a very small room with no windows. There only was a small crack in the wall which provided air. Food and water was given to her through this crack as well. She died after four years of imprisonment.

Erzsébeth was buried in a local cemetery in one of her villages. This angered a lot of people, and they ordered her body to be removed. For that reason, she was transferred to her birthplace Ecsed, in Hungary. The castle itself was abandoned in 1708 and deteriorated. Nowadays Čachtice is just a ruin, but you can still visit it and the surroundings are beautiful. Rare vegetation thrives here perfectly. I wonder why?

Alton Towers Resort is the largest theme park in the United Kingdom. It attracs more than 2 million visitors each year, making it the second most popular theme park in England. It was built around an already existing manor house which was built in 1753. The manor house is now part of the park, and […]
Christ Church Cemetery in Oistins, Barbados, was the site for a string of unusual events in the early 19th century. The mysterious events all seemed to evolve around one vault. The Chase Vault. The tomb belonged to the Chase family, a rich family with at the head Colonel Thomas Chase, a man so vicious, that […]