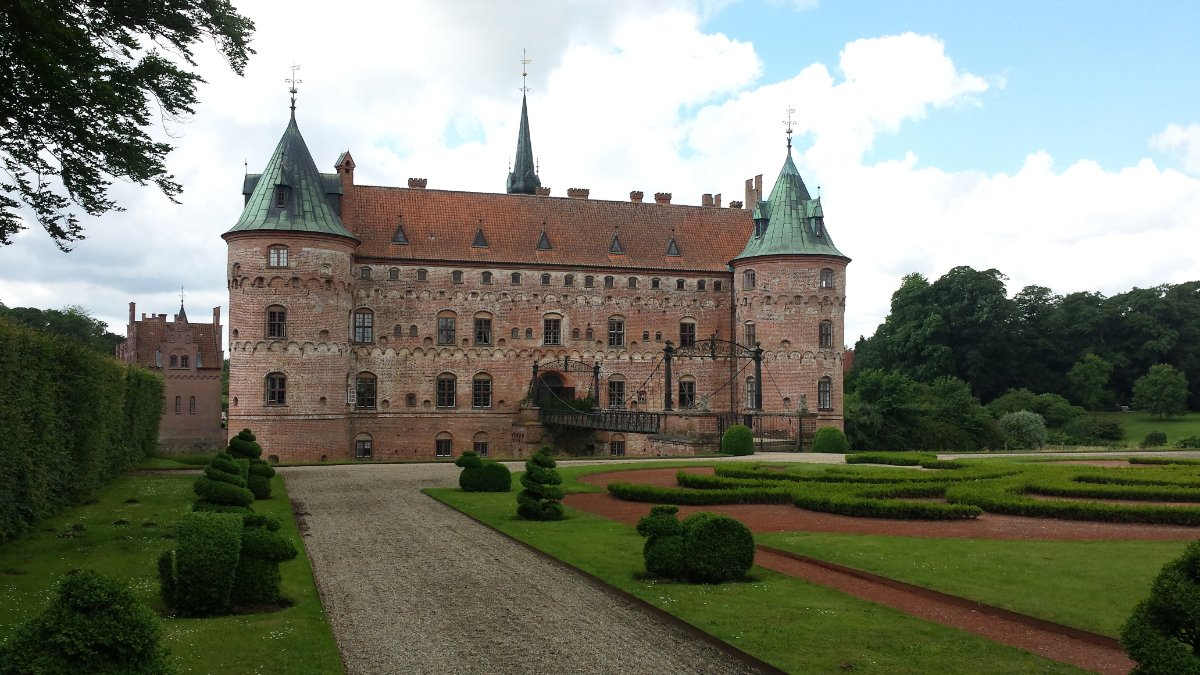 Located on the Danish island Funen, near Odense, you can find a beautiful Renaissance style castle named the Egeskov Castle. It’s rare that a castle from that period is so well preserved. Nowadays, the castle is a museum which is open to the public and certainly worth the visit. But it’s also home to a creepy legend which involves a wooden doll…

The history of Egeskov Castle

Egeskov Castle was built by a Danish nobleman named Frands Brockenhuus in 1554. A few years earlier, he married Anne Tinhuus and the property where the castle is built belonged to her family. In that time, it was common for the nobility to build their homes as fortifications. This was due to political unrest such as the Reformation and the Count’s Feud. Egeskov Castle is built in the middle of a lake and was accessible by drawbridge only back then. Even though it looks romantic and peaceful, it was built for defense purposes.

Defenders were able to attack enemies from the two round corner towers, there were artillery ports, scalding holes and arrow slits. It consists of two long houses which are connected by a double wall. The first house could be abandoned in battle and life could continue in the second one. The double wall is very thick, so thick that it even hides a hidden staircase and a well to secure a water supply during a siege. The castle is built upon a wooden construction made of oak trees. According to the legend, the wooden structure is so strong that it took an entire forest to build it. That’s how the castle got its name, for Egeskov means oak forest.

The legend of the wooden doll

The previous owners of the castle were doll lovers, that’s for sure. Titiana’s Palace is the miniature version of the castle. It was hand-built in Ireland by James Hicks & Sons, Irish Cabinet Makers from 1907. It took almost 15 years to finish! A little-girls fantasy! Heck, even grown-ups will love it. But, in the attic there’s a doll with a whole different story to it. Here, placed on an old pillow, lies a large wooden male/ boy doll. Nobody knows who put it down there and when, but according to the legend, the entire castle will slip into the lake on Christmas Eve when the doll is moved. That’s some creepy legend!

The white lady of Egeskov Castle

Egeskov Castle is haunted by a white lady. People believe that this is the ghost of Rigborg, a granddaughter of Frands Brockenhuus. Rigborg fell in love with a young man named Franz Rosenkranz. She became pregnant soon after they met, something which was considered a scandal back then. Her father was furious and locked his daughter up in a room in the northern tower. She remained here for 5 years until her father passed away and the girl was released from her prison. She left the castle and stayed in a convent in Jylland until her death. Perhaps her tragic life at the castle trapped her there for good?

The castle is currently inhabited by Count Michael Ahlefeldt-Laurvig-Bille. He and his employees love to show people around inside the castle and on the beautiful property. Just check the opening hours if you want to visit. It’s a great place for everyone; there’s a big playground, you can have a ride on the Segway, do some Tree Top Walking or play a medieval knight tournament. There’s a puppet theatre, an exhibition of historical dresses (including one worn by Queen Marie Antoinette), several mazes and an old-timer museum. I love legends like these! Don’t you?