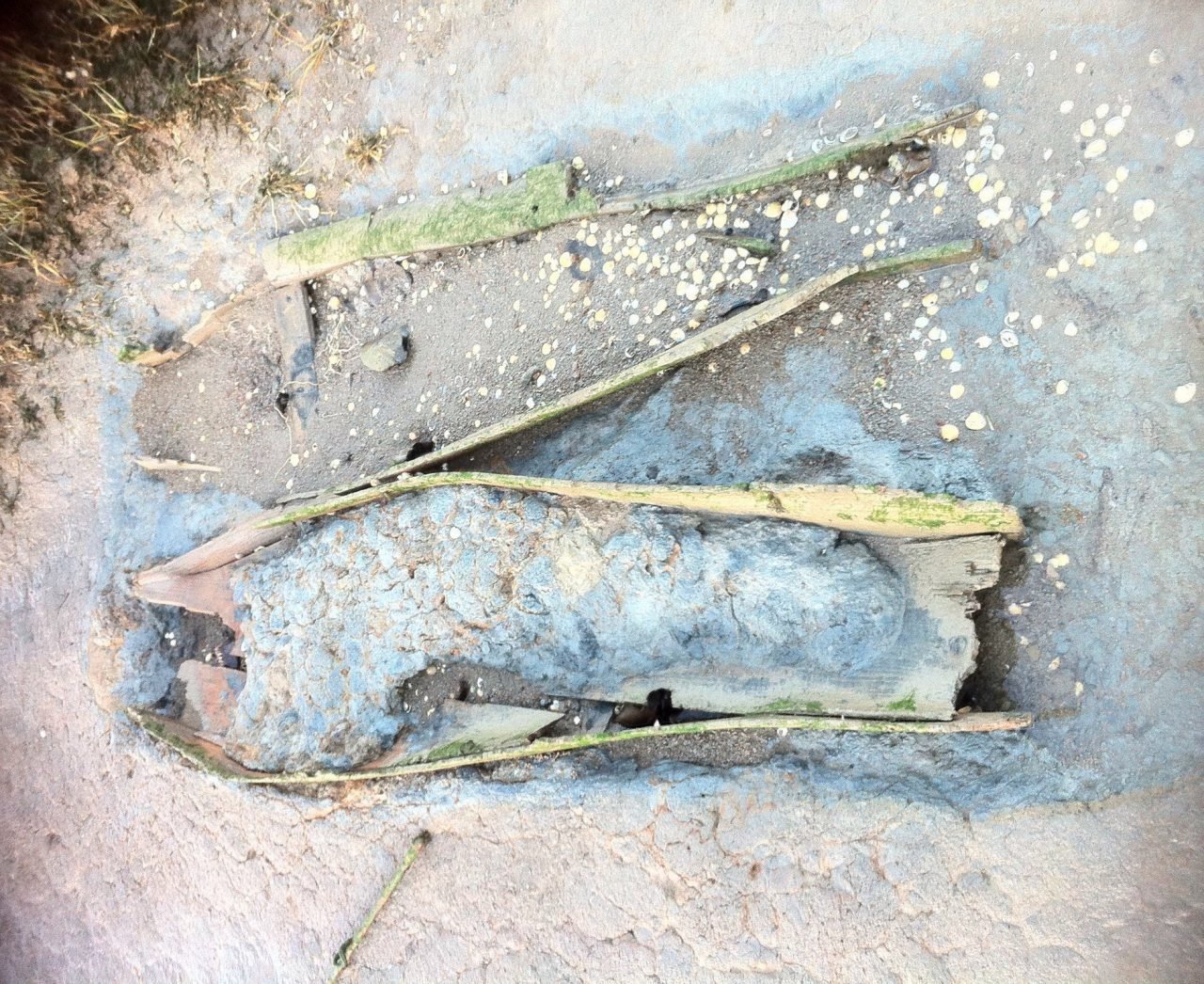 While researching Vancouver’s Deadman’s Island, I came across another island by that name. This Deadman’s Island is a river island located just opposite Queensborough near the Isle of Sheppey, Kent. During the low tide, something creepy happens here. And the fact that it’s off limits to people makes it even more eerie. Deadman’s Island Kent is a hotbed for folklore, horror stories and supernatural beasts.

The name “Deadman’s Island” seems to come straight from a Pirates of the Caribbean film, but this place is anything but a movie set. This island in the River Medway itself is not very well known. People are more aware of the Isle of Sheppey, the Isle of Grain and the Isle of Thanet. But people who do know of its existence would think twice about visiting the place, if they were allowed that is. The Isle of Sheppey and thus also Deadman’s Island, are now a protected wetland area where birds can breed. These birds are clearly not disturbed by the fact that the low tide reveals dozens and dozens of human corpses.

The number of visitors who ever set foot on the island is limited. And those who went there, like some BBC journalists, will never forget what they saw. The whole island lies full of scattered bodies and broken coffins. But who do these remains belong to? One thing’s for sure: the island is fuel for horror stories and there’s plenty of those!

More than 200 years ago, England’s prisons were extremely overcrowded. After the American Revolutionary War, the British were no longer allowed to bring their prisoners to the Thirteen Colonies. Some criminals were put on a ship and taken to more recent discovered colonies: a few Australian islands. These islands were turned into penal settlements. An example of such a penal settlement is Norfolk Island. Sometimes the prisoners were kept on so called “prison hulks” being floating prisons before being transported. If an illness broke out, many of the men and boys on board died. Their bodies needed to be taken off the ship before the disease was able to spread. These men and boys were taken to Deadman’s Island where they were buried in simple coffins in shallow graves.

Due to natural erosion and high and low tides, the graves were slowly but certainly exposed. One place on the island is particularly eerie, it is known as “Coffin Bay”. Here, most of the dead were buried. It will be extremely hard to re-bury the corpses because parts have been washed away and others are piled up. It’s one big puzzle so to say. Coincidentally, similar graves were discovered by researchers in Chatham. These bones belonged to the many French soldiers who were imprisoned by the English during the Napoleonic Wars. When they died of illness they were buried in the nearby marshes. These corpses were eventually re-buried. First on St. Mary’s Island and later they were moved to St. George’s Church at Chatham.

An island covered in skeletal remains is fuel for creepy tales. Locals have warned travellers about devilish dogs with red glowing eyes. These Hellhounds were believed to feast on the brain of these dead men. Some claim that all the skulls of the skeletons were missing. Well, the atmosphere on the island is creepy enough! Who knows if there’s some truth in them!

Deadman’s Island is uninhabited and untouched by modern civilisation. You are not allowed to pause at the island, but you could take a canoe trip around it. This explains the lack of pictures along with this story, but I hope you enjoyed it!