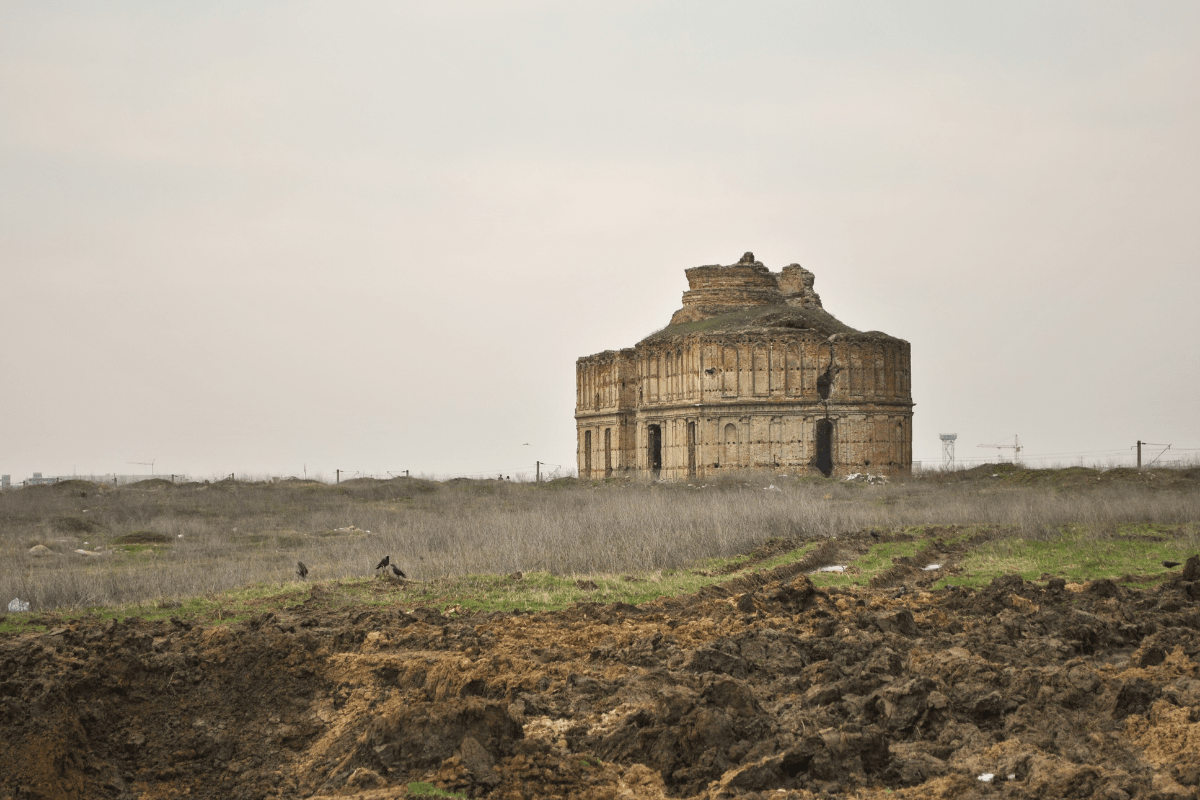 Right outside the Romanian capital Bucharest, you can find a ruined church named the Chiajna Monastery. Because of a misunderstanding, the church was partly destroyed before it was consecrated. Many people believe this church is cursed and dare not come near it. The ruins of the church are also haunted by a tragic ghost.

The history of Chiajna Monastery

The construction of Chiajna Monastery began during the reign of Alexander Ypsilanti (1772 – 1782) and was completed in 1790. It was built in neoclassical style and was quite large for that time. The monastery is 141 feet (43 m) long and 59 feet (18 m) high. The walls are 6 feet (2 m) thick. The church was meant to be one of the most important worship places in Romania, but that purpose was shattered. The Turks had been watching the construction of Chiajna closely and were convinced this was to become a military fort.

So, the Turks bombed it before it was consecrated. The interior of the monastery were burned, but the structure of it remained. Locals thought this was odd and believed the structure was cursed. Then the bubonic plague hit Romania and many sick and dying were brought to Chiajna Monastery. Most of them never left the monastery alive.

At some point, the great bell was removed from the bell tower and thrown into the Dâmbovita River. It’s unknown who did this. Some say locals did it to draw the attention of the Turks away from the monastery, although that doesn’t make much sense. Because with the bell missing, it was more likely for the Turks to think of it as a fort. But the bell was thrown into the river and according to locals, the bell can still be heard when it’s a full moon.

Many disappearances are connected to Chiajna Monastery. Especially of local Roma people. At least two documented murders took place here. Locals don’t want to go near the structure at night. On the wall on the right of the entrance, a few feet high above the middle, the detaching plaster formed what looks like the appearance of an angel or a lady. Some people claim it resembles the Sphinx of Giza.

The ghost of Ancuta

Lady Chiajna had a beautiful daughter named Ancuta. Ancuta had fallen in love with a young man and wanted to marry him. Her mother didn’t agree with the marriage, so Ancuta decided to run away. Her mother was furious, and she ordered her people to get her daughter killed. According to the legend, the poor girl was murdered right outside the church. Ancuta’s face sometimes appears near the entrance of Chiajna Monastery.

People have reported seeing strange shadows moving through the thick walls. And some locals claim to have seen gigantic shadows lurking on the ruined walls. Perhaps these are the souls of all the plague victims that have died here?

The Chiajna Monastery has been classified as a Romanian historical monument since 2010. In April 2011 the ruins were claimed by the church which has restoration plans for it. You can visit the site for free, but there is a fence around it because of the unstable structure. In 1977, the tower collapsed during an earthquake and it’s been damaged ever since. Do you think it’s a good idea to rebuild it?