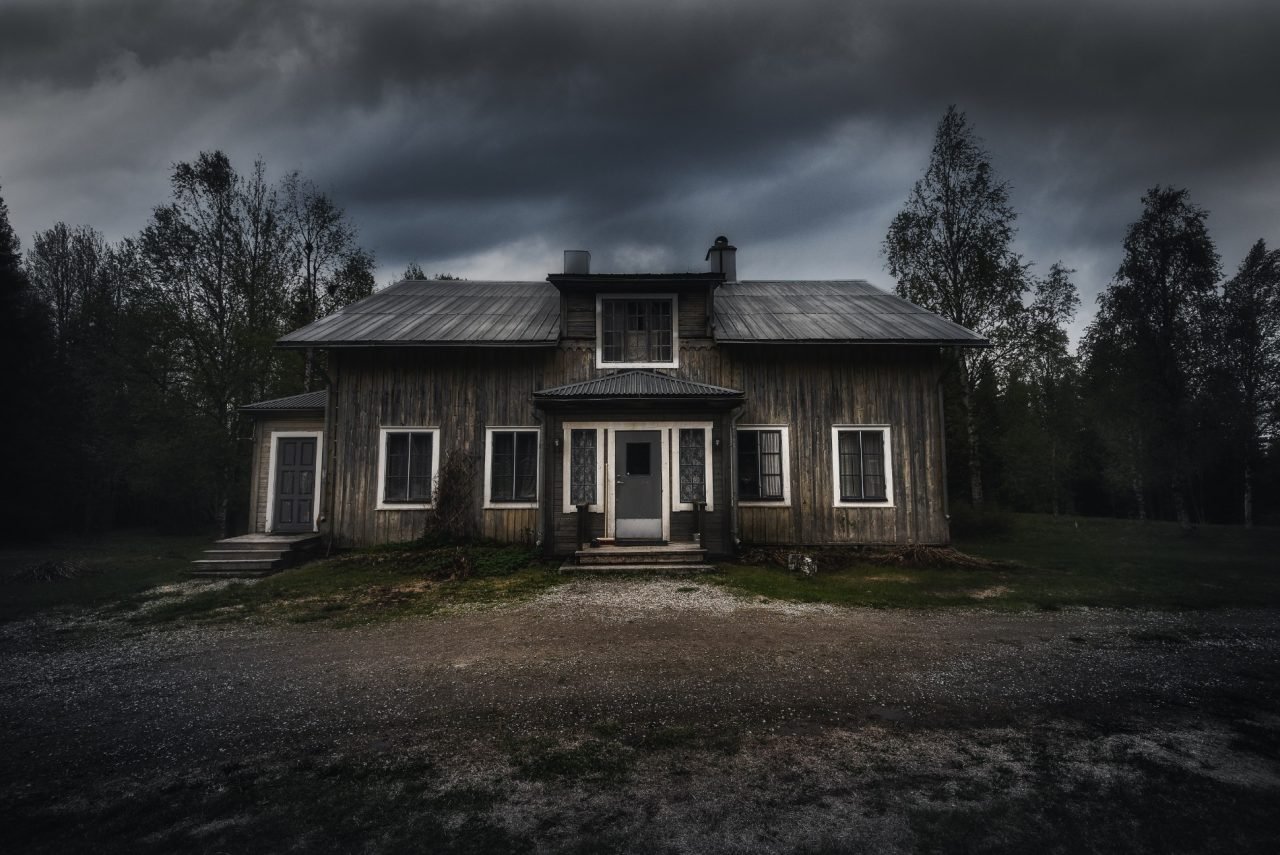 Borgvattnet is a tiny village in the north-east of Jämtland, Sweden. It only has 50 residents, a church and a vicarage. That old vicarage is extremely haunted, perhaps even the most haunted place in Sweden. But that didn’t stop the lastest owners to buy it. They even turned it into a Bed & Breakfast! This amazing place is on my paranormal bucketlist for sure!

The history of Borgvattnet Vicarage

Borgvattnet Vicarage, or Borgvattnet Spökprästgård, was built in 1876. The first ghost stories came to surface in 1927, when vicar Nils Hedlund wrote about it in a letter. His mother, Marta, died in the house in 1907 during childbirth. His father, Per, couldn’t face the fact his wife passed away and he buried her in the backyard. When the locals found out a couple of days later, they demanded him to bury Marta at the cemetery.

Per agreed, but the next day the whole Hedlund family had disappeared, along with Marta’s body. Nils Hedlund came back to live at the vicarage after his father died. He saw all his laundry being pulled from the drying rack in the garden. There was no wind that day and he could clearly see the laundry was being pulled. And he wasn’t the last person to be affected by the hauntings.

In 1930, Hedlund’s successor, experienced something strange as well. Vicar Rudolf Tängdén saw a lady dressed in grey at the house. She was walking slowly towards him through the big hall but decided to take the turn to the Expedition Room, the office where the vicars used to work. He wanted to talk to her, ask her what she was doing inside his house, but when he got to the Expedition Room, there was no one there.

Otto Lindgren and his wife moved into the vicarage in 1936. They never saw an apparition, but they had lots of paranormal experiences at the house. They heard footsteps walking through the house and doors were opening and closing as if someone was moving from one room to another. When they wanted to welcome the visitor, they saw nobody. Mrs. Lindgren had a strange encounter at the kitchen. She was home alone one day when she heard music coming from there behind the closed door. She opened the kitchen door and the music suddenly stopped. The same happened again later when Otto was back home. Again, they heard music in the kitchen, but when they checked it out, the sound suddenly stopped.

Inga Flodin, the diocese secretary, stayed over at Borgvattnet Vicarage in 1941 while she was on business trip. She slept in the guestroom and woke up at 3 am feeling as if she was being watched. She must have thought she was dreaming when she saw three ladies gazing at her from the couch right opposite of her bed. When she turned on the light, the ladies were still there, but she could see right through them.

She had plenty of time to take a good look at them. One lady was dressed in back, one lady wore a purple dress and the third lady was wearing grey. All three looked kind of sad, especially the lady in grey. Two of them had their hand in their lap and the third one was knitting. At some point, she must have dozed off again. The next day, she didn’t speak of it, and later she admitted she wasn’t scared, just surprised.

Vicar Erik Lindgren moved into the vicarage in 1945 and he started to experience strange things immediately. On his first night it was as if heavy furniture was being dragged from one side to another in the room above his head. This surprised Erik because his furniture didn’t even arrive at the vicarage yet. When he investigated, he saw all the rooms on the first floor were empty. Erik started to keep a journal with all the strange happenings. Later, he brought a rocking chair and placed it at the Borgvattnet Vicarage. One night, when he read a book in it, he was pushed out of the chair so violently that he fell to the ground. When he tried again, it was as if he was blocked from it and he fell again. The rocking chair also started moving on its own. Erik never sat in it again.

In 1947, Erik was talking about the ghosts to some fellow vicars at a gathering. A journalist immediately picked it up. He asked for an interview with Erik and he agreed. And this is how Borgvattnet Vicarage because world famous. The newspaper Österlunds-Posten published Erik’s interview December 4, 1947. In this interview he talked about hearing footsteps, the constantly blown out candles and the fact that he sometimes even bumped into an unseen person.

He also told the journalist that he would frequently hear footsteps in the garden that came towards the house via the wooden bridge, but that there was never anyone out there. His interview was quite controversial, for clergymen never spoke of ghosts, especially not in 1947. He claimed he always felt uncomfortable in the Expedition Room (his office) because he always felt as if someone was looking over his shoulder. Sometimes he even sensed a person sitting next to him which made it impossible to work. Erik eventually started to get used to all the activity in the house.

The Yellow Room was probably the room in which Marta died. Guests of the bed and breakfast see shadows in this room and sometimes people feel someone is pulling their clothes. Also, various guests have claimed to see a dent on the bedspread as if somebody is sitting on it.

People who have spent the night in the Blue Room claim to have been woken up by the sound of heavy furniture being moved around. There’s also a ghost here that likes to pull bedsheets off people in the middle of the night. Perhaps this is caused by the small boy whose apparition has been seen in this room. The sound of a baby screaming is also heard here. Sometimes people feel sad and depressed here.

At the end of the 19th century, a 19-year-old pregnant girl was locked inside this room. She was a disgrace because she was not married and probably got pregnant by a priest. When the child was born it was either a stillborn or killed right after birth. The baby was buried at the northside of the house, just outside the pink room. Both mother and child haunt this room. Sounds of screaming, a baby crying and a small shadow figure have been seen here.

Recently, a tall, dark man wearing a hat has been seen at the Expedition Room. There are strange images in the mirrors, there are singing radiators, cold spots and strange light reflections in the house.

You can book a room at the Borgvattnet Vicarage if you dare. You can even rent the entire house. It’s located in a beautiful green area, so there’s a lot to do and see. If you have stayed at Borgvattnet all night, you’ll receive a certificate for bravery. Challenge excepted?

Thank you Borgvattnet for the beautiful pictures!

Do you want to read more about haunted places in Europe? Please click here!