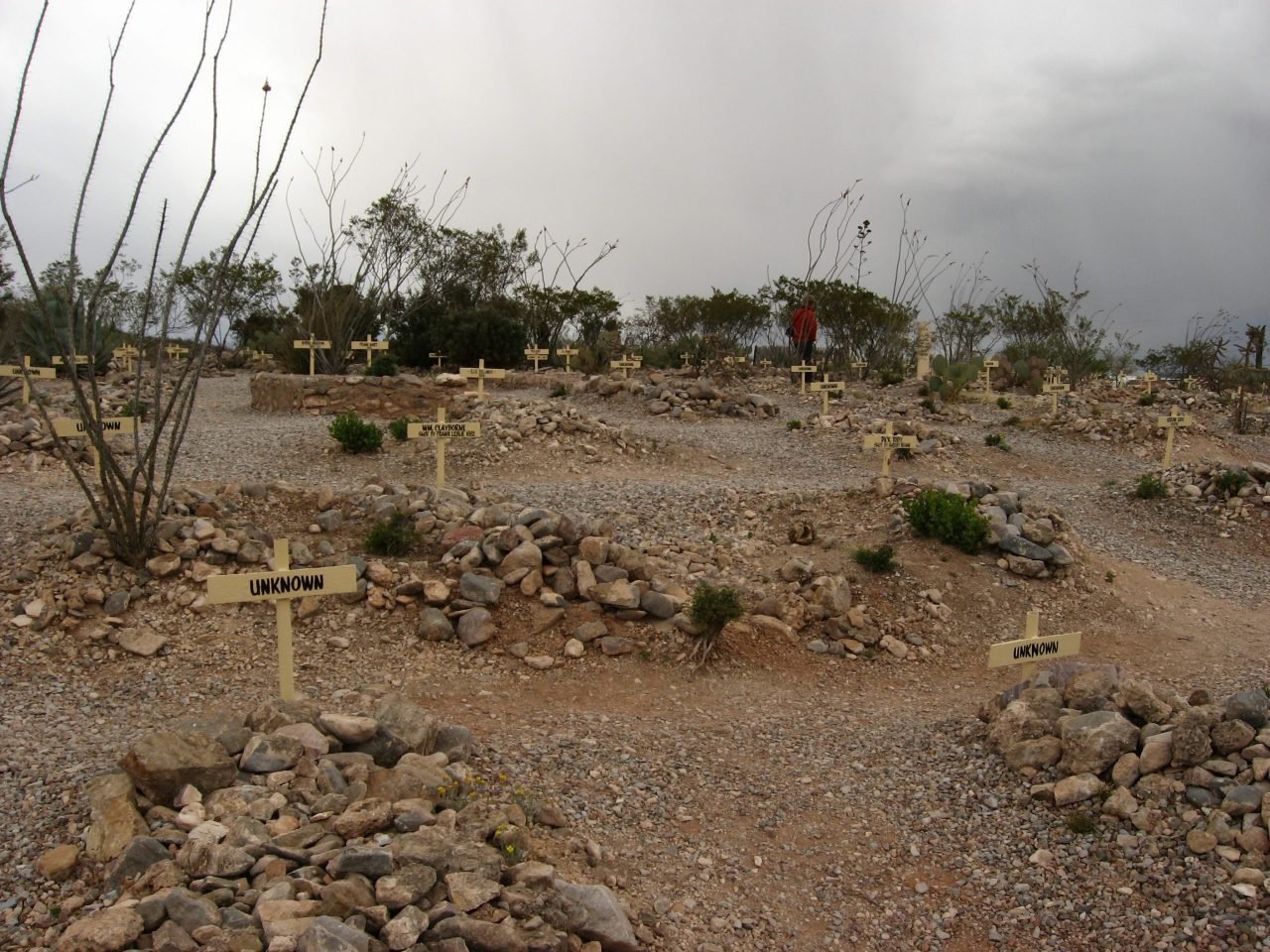 Boothill Graveyard, also known as the Old City Cemetery or Tombstone Cemetery, is a small graveyard in Tombstone, Arizona. This is the final resting place for 250 people. The graveyard was left to rot until the 1940’s, when locals started to restore it. Today, it’s one of the most popular tourist attractions of the city. And it’s haunted.

Boothill Graveyard was founded in 1878. People from all walks of life were buried here such as bankers, housewives, miners, gamblers and prostitutes. The graveyard was replaced by a new cemetery in 1883. From then, Boothill Graveyard was only used to bury the city’s outlaws. The graveyards name is not unique, there are several graveyards by that name in the Old West. Like near Bodie. This name was given because most people buried here died “with their boots still on”.

When you walk the grounds of Boothill Graveyard, there’s a good chance you’ll be surprised by some of the headstone descriptions. George Johnson had a very unfortunate death. His gravestone marker says: “Here lies George Johnson, hanged by mistake in 1882. He was right, we were wrong, but we strung him up and now he’s gone”. And what about Lester Moore’s grave? “Here lies Lester Moore, four slugs from a .44, no less, no more”. Other headstones just indicate how a person died: “found dead in his cabin with bullet holes”, “died in dispute”, “murdered”, “hanged” and “legally hanged”, whatever the difference is.

Another strange thing about this graveyard is the fact that there are several fictious burials as well. A few men were given a headstone, even though they were buried somewhere else. This happened to John Heath, Frederico Duran and Thomas Harper. Perhaps there’s even more graves like these.

Remember the OK Corral gunfight? The brothers Frank and Tom McLaury and their friend Billy Clanton were killed during this 30 second gunfight with Doc Holliday and the Earp Brothers. All three of them are buried at Boothill Graveyard. Their graves are closely together. If you want to read more about this legendary gunfight, please read the story about Big Nose Kate’s Saloon.

Visitors often report seeing strange lights coming from the graveyard. There are also strange sounds, disembodied voices, misty figures that seem to float along the headstones, shadow figures and even clear apparitions that show up on photographs. People claim to have seen the spirit of Billy Clanton rise from his grave and walk towards Tombstone at night. Be sure not to miss this graveyard when you visit Tombstone!