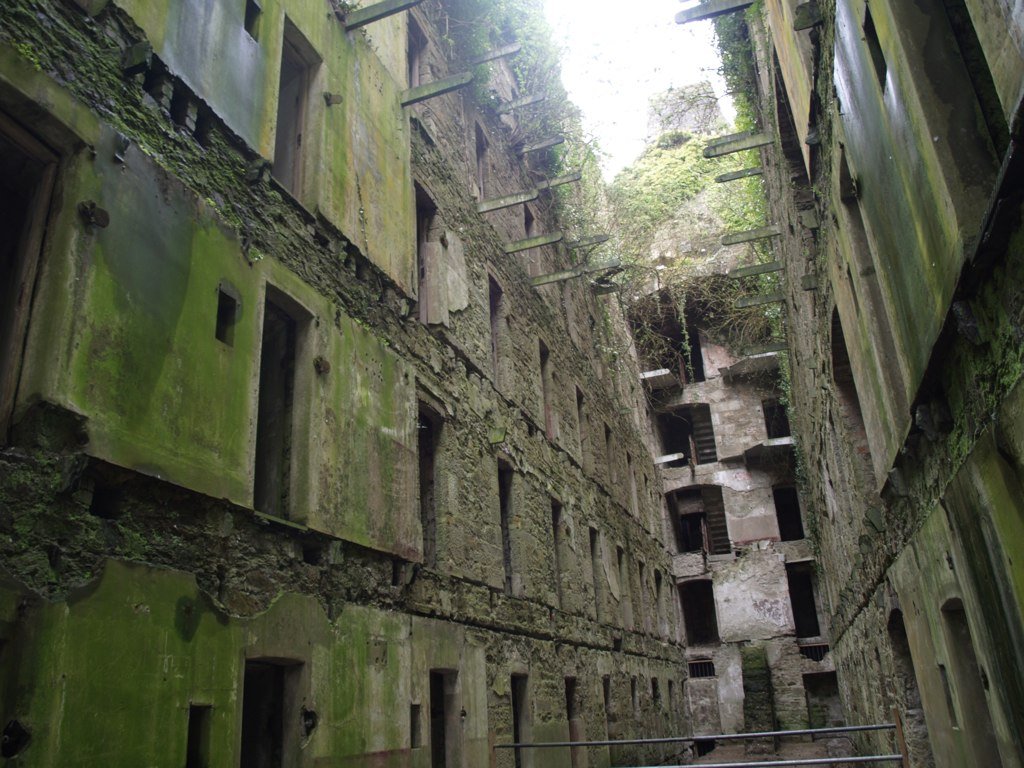 Bodmin Jail, or Bodmin Gaol, is a former historic prison in Cornwall, England. Today, the prison is open to the public and several tours are offered including a paranormal tour. Fifty-five prisoners were executed here, the last one in 1909. The walls of this historic building have absorbed all kinds of emotions over the years. No wonder it’s haunted.

The history of Bodmin Jail

Bodmin Jail was first built in 1779 during the reign of King George III. It was part of the Prison Reform; an act to improve the conditions in prisons and the effectiveness of the penal system. During the first two decades, this was looking good, but by 1820 the prison started to become overcrowded. New buildings were added up to the 1850’s. These necessary changes needed to be done due to several Acts of Parliament. By 1850, 20 different classes of prisoners were defined, each class needed to be housed in separate sleeping areas and workshops.

During the reign of Queen Victoria, an entire new prison was built on site. The original prison was demolished. This happened between 1856 and 1861. The new “total institution” had 220 cells and separate wings for men and women. It was light and airy, had hot water and prisoners were paid for their duties. There was a chapel and a debtor’s jail, and everything was built according to the, still leading, Prison Reform.

From 1887 to 1922, parts of the jail were used by the Royal Navy. During the First World War, many of the prisoners and guards were called away to fight. The empty cells were used to hide precious items such as the Doomsday Books, State Papers and even the Crown Jewels. The women’s wing had already been closed by 1911. The female prisoners were transferred to a facility in Plymouth. The last male prisoner left Bodmin Jail July 1916. The jail was finally closed in 1927.

The dark history of Bodmin Jail

Although the Prison Reform sounds good, Bodmin Jail was still a prison. From the start until 1909, 55 executions (hangings) took place. No less than 51 of the hangings were public. Among them there were also 8 women. People were being hanged for murder, rape and stealing. In 2005, during renovation work, an 1888 “execution shed” was discovered. It can now be visited.

The ghosts of Bodmin Jail

Bodmin Jail is haunted. People experience feelings of desolation and despondency. Some claim their clothes are being pulled, stones are being thrown and people feel as if they are being watched. Sounds of footsteps, rattling keys and loud bangs are not uncommon, too. And a few ghosts of Bodmin Jail have been traced back to real prisoners.

One of these two brothers haunt the ground floor cells. They were both hanged in 1840 for killing a man called Nevell Norway, a local merchant. Their public hanging on 13 April was witnessed by at least 25,000 people. This number included 1,100 people who saw it happen from train carriages. The tracks were next to the gallows and the train stopped to watch the event.

Another prisoner whose hanging was very popular was Matthew Weeks. Matthew was a crippled farmhand who was accused of murdering the pretty 18-year-old Charlotte Dymond. The two were in a relationship (which very few understood, for she was the Beauty and he the Beast, with his limp and missing teeth). They went out one day, and Matthew returned alone, telling everyone Charlotte had found herself a job in another town. Her body was found a couple of days later, her throat slit from ear to ear, on Rough Tor. Rough Tor is the highest point in Bodmin Moor.

He was found guilty and hanged publicly. About 20,000 people came to watch. His spirit wanders around the former prison, pleading his innocence. To this day his conviction is questioned. Charlotte’s ghost cannot find rest, either. Her spirit has been seen on Rough Tor where she’s seen each year on the anniversary of her death.

Selina Wadge was hanged for murdering one of her two children. Her new boyfriend (who was not the father of the two), promised to marry her when she killed her youngest son Harry. The boy was found in a well. He had drowned. When Selina stood in front of the judge, she told him about her boyfriend. But he said he never said anything like that, and Selina was sentenced to death. She tries to reach out to small children (she even tries to grab them). The children who have seen her say she is a crying woman with a long white dress. Pregnant women tend to become very emotional on the 3rd and 4th floor of the prison. Selina likes to project her feelings of guilt and remorse on them.

Other ghosts at Bodmin Jail

A ghostly priest has been seen in the chapel. Several ghosts have been seen in the bar/restaurant area. In the wing where naval prisoners were held, a thin man has been seen roaming around in one of the cells. According to the prison’s paranormal manager Kristin the place is loaded with ghosts and she can’t wait to take you on a paranormal tour. Lights out, of course.