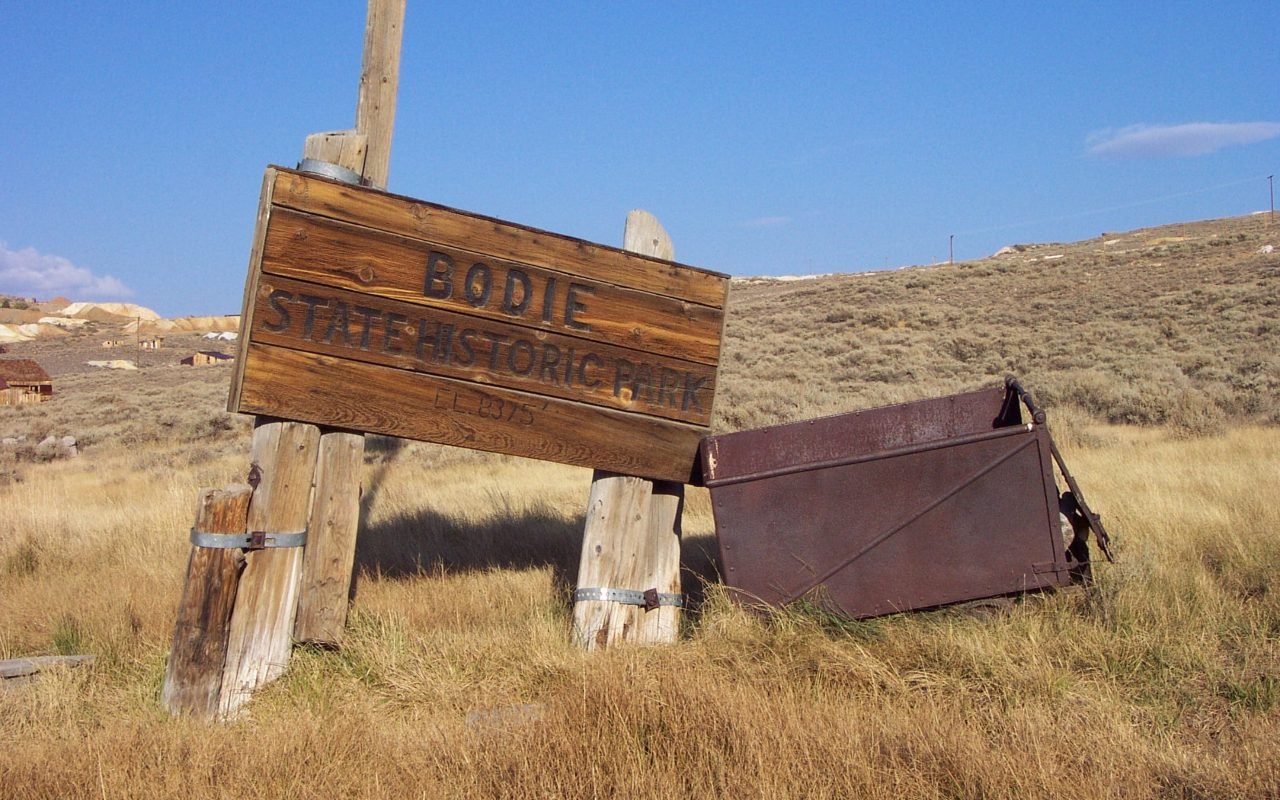 In Eastern Sierra Nevada, California, you can find a ghost town by the name of Bodie. This National Historic Landmark, located on a 7395 ft (2254 m) high hill, is visited by 200.000 people each year. But don’t even think about taking something from Bodie home, because the curse of Bodie will haunt you down.

The history of Bodie

In 1859, four men discovered gold at the Eastern side of the Sierra foothills. They agreed to keep the place a secret until the following Spring, for other gold seekers were looking for gold at the other side of the hills. One of these men, W.S. Bodey, agreed to go back to their hometown Monoville to get supplies. Unfortunately, Bodey couldn’t celebrate his find for long, for he was surprised by a blizzard and got killed on his way back. His friends decided to name the camp after him, but the painter misspelled the name Bodey and turned it into Bodie. It was left that way.

From a deserted piece of nothing to a booming town

In 1876, a freak accident happened which changed everything for Bodie. There was a huge mine cave-in which exposed a valuable body of gold. The Standard Consolidated Mining Company immediately turned the isolated mine camp into a fast-growing Wild Western Town. They even built their own hydro-electrical center in 1893, which was well ahead of its time. You’d say everything was perfect, but there was a dark side to Bodie as well.

Bodie even had its own China Town where hundreds of Chinese people worked and lived. They earned their money selling vegetables, working at laundry services, logging and selling wood. Wood was very important for the people in Bodie; it could get rather cold on top of those hills. Firewood was essential.

Goodbye God, we are going to Bodie

More and more gold was found so more and more people were attracted to Bodie. On its peak, more than 10.000 people lived here. But the town had a questionable reputation. By 1880, Bodie had no less than 60 saloons. Murder, gambling, prostitution, stage robbing, and gunfights happened on a daily basis. Legend says a little girl prayed to God when she heard her family was moving to Bodie with the words “Goodbye God, we’re going to Bodie”. Bodie was more known for its lawlessness rather than for its riches. Funny detail: some of Bodie’s bad men and prostitutes didn’t make the local cemetery. They were buried at Boothill Graveyard, which is also known as the Bodie Outcast Cemetery. There’s a Boothill Graveyard in Arizona as well.

The downfall of Bodie

Bodie’s period of glory was short, only lasting from 1879 until 1882. After that, the decline was slow, but it was there. Apart from the gunfights and murders, the harsh conditions also took a lot of lives. During the savage Winter of 1878 – 1879 hundreds were killed of exposure and decease. Other lives were claimed by mining accidents. People got killed by falling timber, explosions of powder magazines and other accidents. A disastrous fire struck in 1892, the abandonment of the Bodie Railway in 1917 and another, much larger fire in 1932, which destroyed half the town, led to the end of Bodie.

In 1962, after years of neglect, Bodie became a State Historic Park and two years later even got the status California Historic Park. Bodie is now in the state of “arrested decay” which means the remaining 168 buildings are protected but not restored. Besides the remaining structures, there’s also a cemetery, named The Bodie Cemetery where about 150 people are buried.

The ghosts of Bodie

A town where so much has happened, is likely haunted. And it is. The J.S. Cain House, once the home of a prominent banker and businessman, is haunted by a Chinese woman, probably a maid. The “heavy set” woman likes to appear to children who visit one of the bedrooms on the second floor. A ranger’s wife had an encounter with her. She went to bed early and when she was just in bed, she felt a heavy presence on top of her. She panicked because she almost suffocated under the force and she started fighting the presence violently, causing her to fall to the floor. Another ranger also felt her presence. Gary Walter was in the same bedroom when suddenly the door opened. He immediately felt a presence in the room and a suffocating feeling.

The Dechambeau House is also haunted by a lady ghost who likes peeking out of the upstairs window. The Mendocini House is said to be haunted by a couple of children. Their laughter can even be heard outside the house.

The Angel of Bodie

The Bodie Cemetery is haunted by a sweet little ghost. Evelyn, the three-year-old daughter of Albert and Fanny Myers, accidently got killed in 1897. She was hit in the head with a miner’s pick. Her grave is marked with a child angel, and Evelyn is now known as The Angel of Bodie. Her giggles are often heard on the cemetery.

Beware of the curse of Bodie

The residents of Bodie were fiercely possessive and protective of their belongings in life, but that didn’t change in death. The long-dead ghosts want all they left behind intact. Every item, big or small, has been cursed with a string of misfortune and bad luck. Tragedy will keep hold of the taker until the item is returned to Bodie. Ever since Bodie is open to the public, letters, mainly handwritten and anonymous, have been sent to the park. Along with the letters, items such as nails or bottles are sent. The sender says to be very, very sorry for stealing the item. The curse still exists, and people claim to have been in car accidents, losing their jobs and even becoming ill for taking an object. So be warned: if you visit, keep your hands to yourself. And besides, all things, big and small, are part of California’s heritage. So, taking something is stealing and thus against the law.